The Wall Street Journal reported Monday that Geoffrey Berman, who was removed from his position as U.S. Attorney for the Southern District of New York on Saturday, had objected to sending the letter Thursday, fearing it would strain relations between his office and the city.

It was unclear what role, if any, the letter incident played into Barr’s decision to remove Berman, The Journal said, though two sources told the newspaper that Berman’s refusal aggravated Barr, who already viewed Berman as someone who was difficult to work with.

Geoffrey Berman, the U.S. attorney for the Southern District of New York, was fired on Saturday, two days after he refused to sign a Department of Justice letter critical of New York City Mayor Bill de Blasio 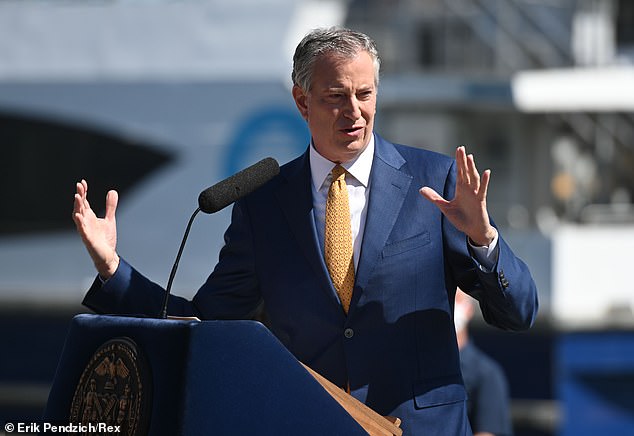 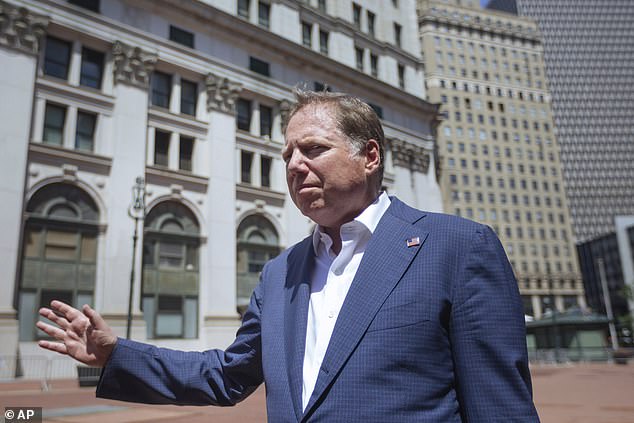 Geoffrey Berman is photographed on Saturday, the day he agreed to resign so the Trump administration could appoint SEC Commission Chairman Jay Clayton to the top SDNY role 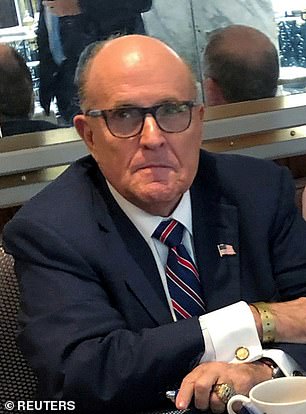 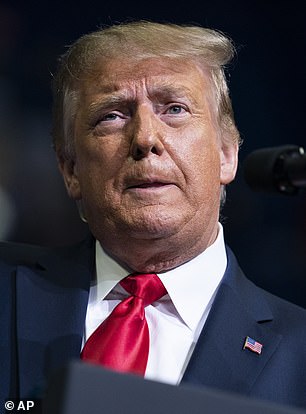 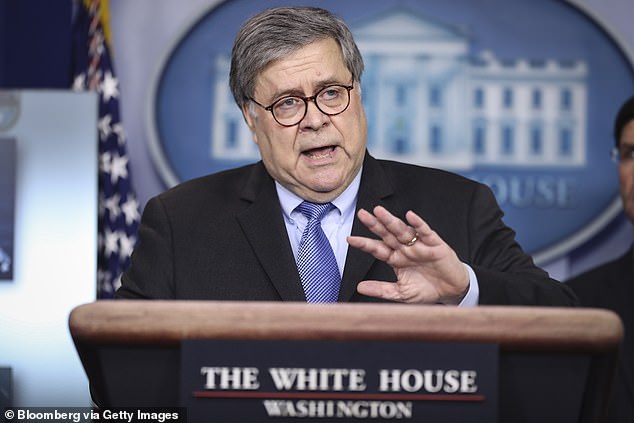 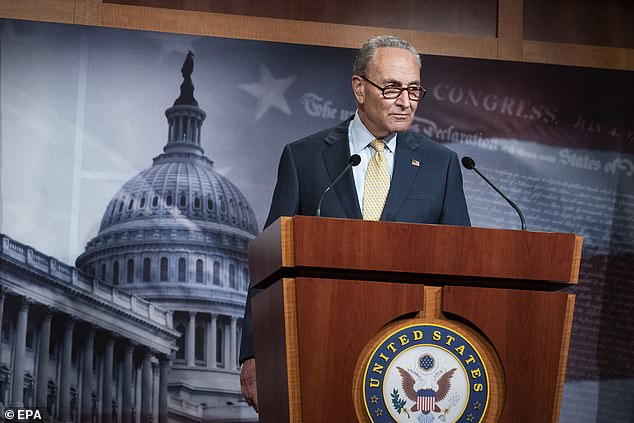 Senate Minority Leader Chuck Schumer wants an investigation into the removal of Geoffrey Berman, the United States attorney for the Southern District of New York 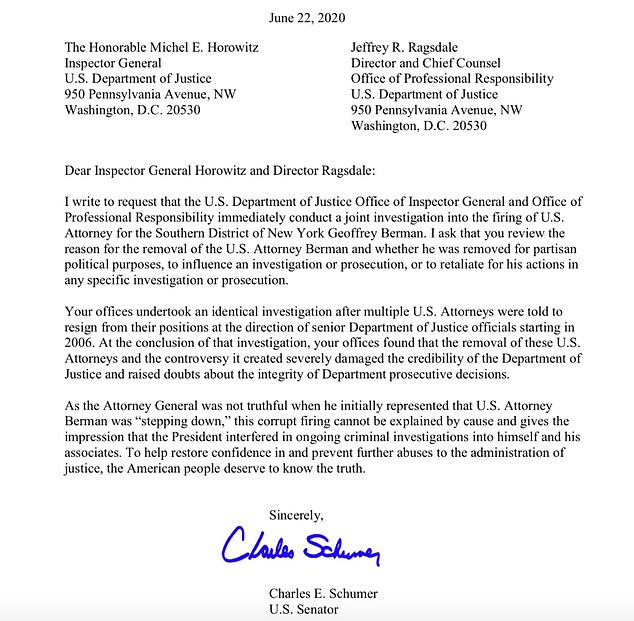 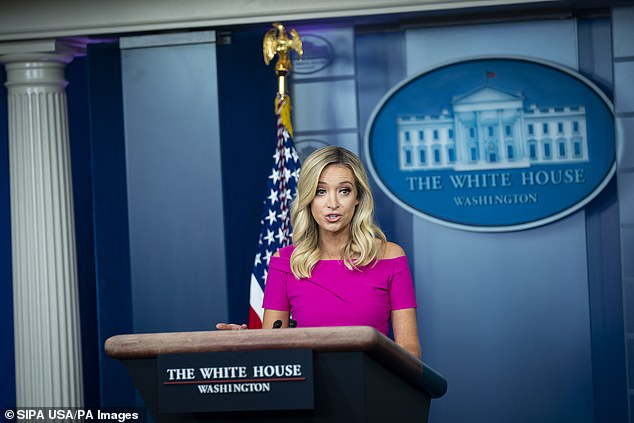 Berman didn’t go quietly when Barr sent out a press release saying Berman was ‘stepping down,’ in order to clear the way for U.S. Securities and Exchange Commission Chairman Jay Clayton to take the top SDNY role.

Berman issued his own press release saying he refused to resign.

Only after Barr backtracked from his plan to handpick the acting U.S. attorney, allowing Berman’s deputy Audrey Strauss to take the reins, did Berman agree to step down Saturday.

At Monday’s White House press briefing, press secretary Kayleigh McEnany said the president was only involved in Berman’s firing in a ‘sign-off capacity.’

‘Barr was working on a smooth transition and when Berman chose to repond in the way that he did [Barr] came to the president and the president agreed and fired this individual, Mr. Berman,’ she told reporters.

She argued that the decision was more about keeping Clayton in government than getting rid of Berman, though didn’t give an explanation for why Berman couldn’t stay on while Clayton goes through his Senate confirmation.

A copy of the letter Berman refused to sign was made public by the Department of Justice Monday evening.

The letter, written to de Blasio on Friday and signed by Eric Dreiband, the assistant attorney general for the DOJ’s Civil Rights Division, blasted the mayor for treating religious gatherings and ‘Black Lives Matter’ protests differently.

‘In light of your support for and participation in recent protests in New York City, the message to the public from New York City’s government appears to favor certain secular gatherings and disfavor religious gatherings,’ the letter read.

In an initial draft, Dreiband requests that de Blasio work with Berman on the city’s COVID-19 policies, according to The New York Daily News, but the version released Monday scrubbed the reference of the now-fired U.S. attorney.

Dreiband and U.S. Attorney Matthew Schneider put out a statement Monday and linked to the edited letter claiming de Blasio demonstrated ‘a troubling preference for certain First Amendment rights over others.’

The mayor’s spokeswoman Freddi Goldstein called the tactic ‘dishonest even for the Trump Administration.’

Democrats have criticized the administration’s handling of Berman’s removal.

House Intelligence Committee Chairman Adam Schiff, the lead prosecutor in Trump’s impeachment, told NBC’s ‘Meet the Press’ the motivation for firing Berman was suspect, ‘given the pattern and practice of both the president in seeking to use the justice system to reward friends, punish enemies, protect people he likes, and Bill Barr’s willingness to carry that water for the president.’

Some Democratic lawmakers, including Sen. Elizabeth Warren, have called for Barr’s impeachment.

Jerrold Nadler, the House Judiciary Committee chairman who helped lead the Trump impeachment hearings last year, told CNN’s ‘State of the Union’ that the Republican-led Senate would block any effort to sanction Barr.

‘He certainly deserves impeachment. But again, that’s a waste of time because the Republicans in the Senate won’t look at that,’ Nadler said.

The Senate, where Republicans hold 53 of 100 seats, would never vote for that so the Democrat-led House would have to pursue alternative measures, Nadler said, citing his proposal to cut $50 million in funding from Barr’s personal budget.

Schumer’s plan follows the mold of investigations that took place in 2006, during President George W. Bush’s time in office, when a number of U.S. attorneys were removed.

‘As the Attorney General was not truthful when he initially represented that U.S. Attorney Berman was “stepping down,” this corrupt firing cannot be explained by cause and gives the impression that the President interfered in ongoing criminal investigations into himself and his associates,’ Schumer wrote in the letter to Horowitz and Ragsdale.

‘To help restore confidence in and prevent further abuses to the administration of justice, the American people deserve to know the truth,’ Schumer said.