New Zealand blasted by heavy dump of snow after Gita

New Zealand’s weather has taken a bizarre turn as Cyclone Gita unleashes damaging winds and rainfall on the country, with a heavy dump of snow hitting the ski fields of the South Island.

Coronet Peak has had about 10-15cm of snow at the base of its ski fields, and snow drifts of more than one metre have blanketed the Remarkables.

Ski manager Ross Lawrence toldStuff across the area there was 50cm of snow on average, but he didn’t expect it to last long.

‘Remember it is only February so the sun will come out again soon,’ he said.

Some parts of the Remarkables ski area, located in the south of New Zealand’s South Island, received a metre of snow after ex-Cyclone Gita wreaked havoc further north 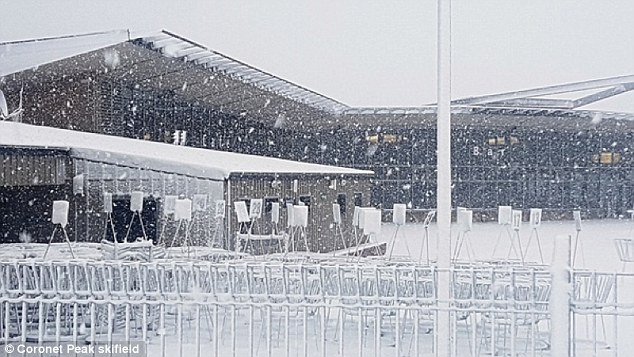 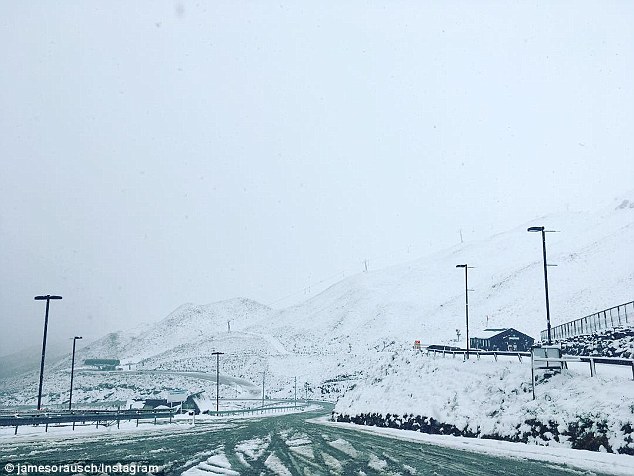 Because it is still summer in New Zealand, the hefty dump of snow isn’t expected to last long

While there is fun to be had in the south, further north on the Island, about 6,000 people have been isolated and thousands more are battling on without power after ex-cyclone Gita hit on Tuesday.

The powerful storm saw winds of up to 140 kilometres before it moved off the country on Wednesday morning, leaving serious destruction in its wake, Stuff reported.

In one day, towns in the country’s Tasman district received rainfalls of more than 200mm, and 202mm of rain fell on Kaikōura in just 18 hours, amounting to 28 per cent of the town’s average yearly rainfall. In the north end of South Island, roads had become rivers as a result of ex-cyclone Gita 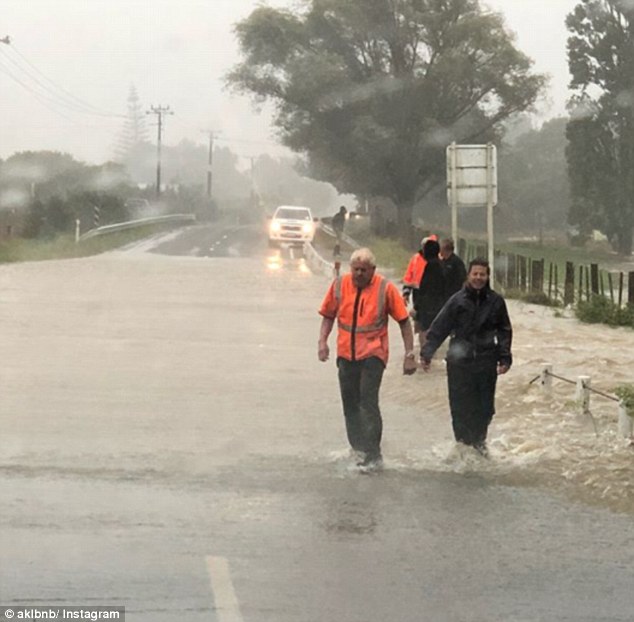 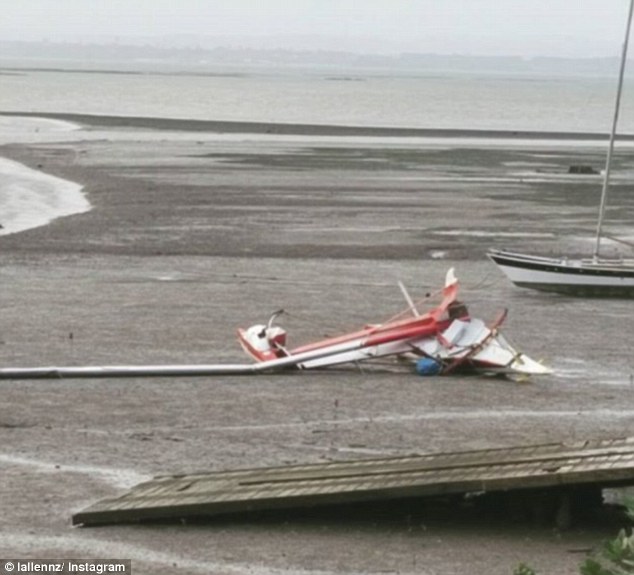 Pictured: A yacht crippled by wind gusts of more than 145km/hr during the ex-cyclone 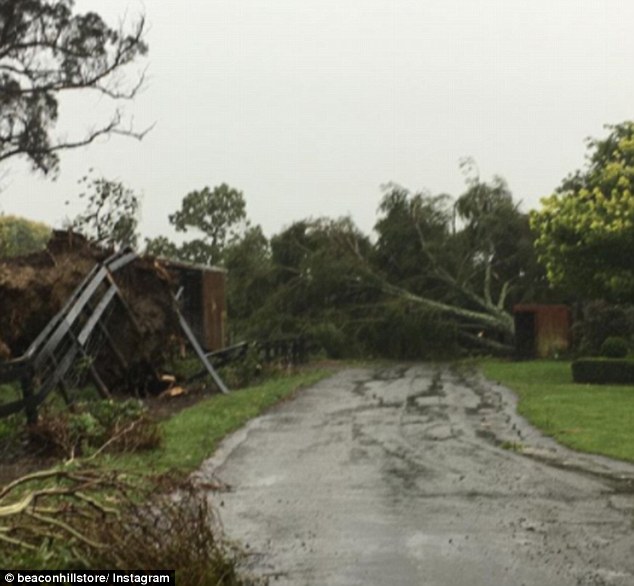 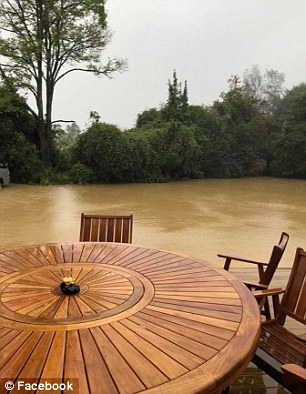 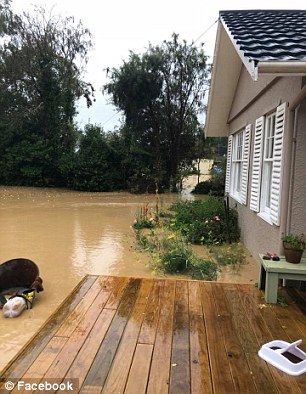 Ahead of the storm, heavy rains in the centre of New Zealand brought floods in Christchurch (pictured)

In Golden Bay, slips have turned the one road out into a river, which has left roughly 6000 residents and visitors trapped. Authorities say it will take days until they are able to reopen even one lane of Takaka Hill Road.

A state of emergency remains in place in five districts, but has been lifted in Christchurch and the Grey District.

On Wednesday, more than 120 schools and 70 early learning centres were closed as the result of the storm. 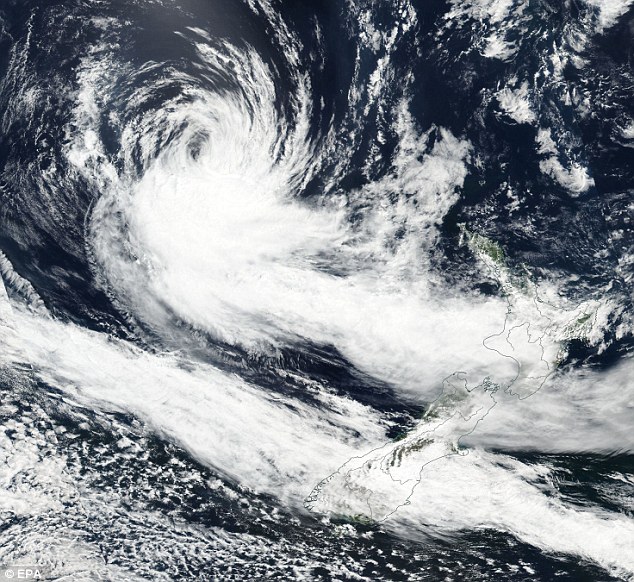 Tens of thousands were without power on Tuesday night as locals were warned to prepare for floods, huge waves and gusts of winds reaching close to 200km/h. 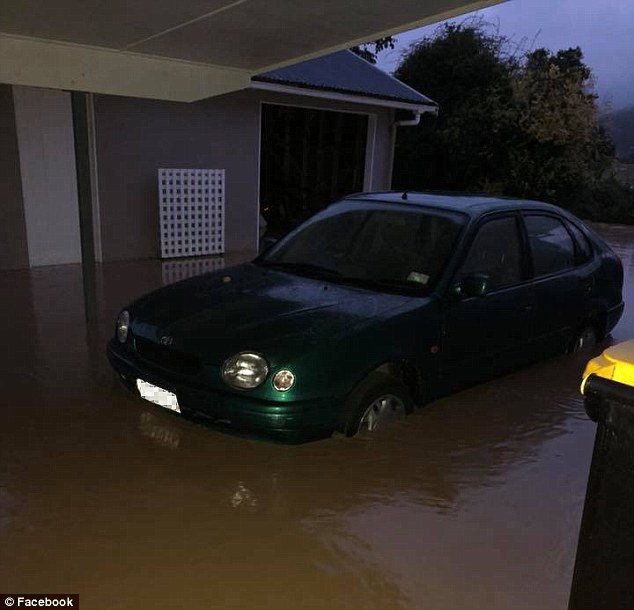 Floods saw cars submerged in dirty water brought on by heavy rains. Some areas had more than 200mm of rainfall in less than 24 hours 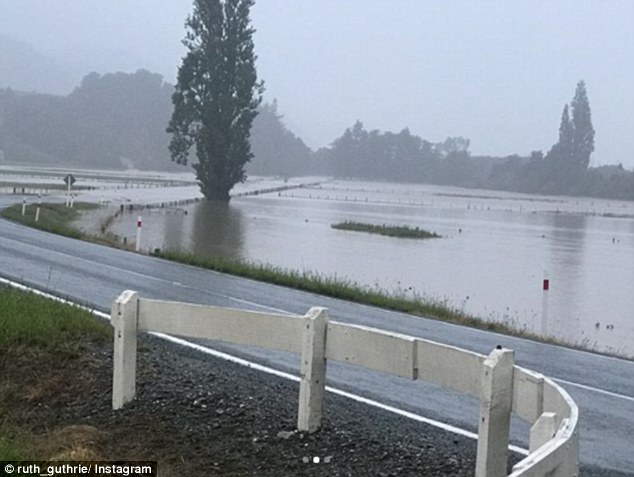 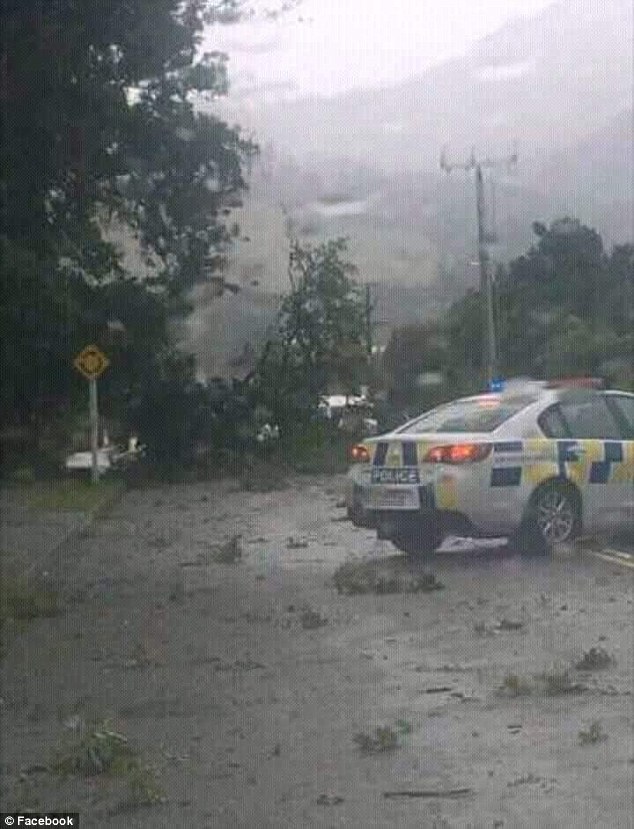 Seven districts including Christchurch, Grey District and Buller District have declared a state of emergency as the cyclone began to make landfall overnight 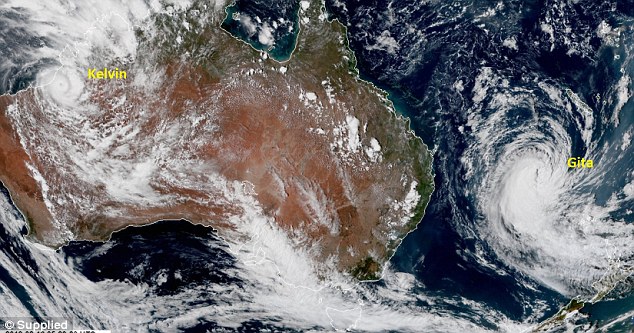 The full impact of the storm will be felt overnight and tomorrow morning,’ she said, urging residents of low-lying areas to evacuate.

Tens of thousands were without power on Tuesday night as locals were warned to prepare for floods, huge waves and gusts of winds reaching close to 200km/h.

New Zealand Defence Force troops were deployed as reports emerged of homeowners trapped on their roofs by flood waters.

More than 60 tourists, mostly from China, were reportedly trapped inside two tour buses in Whataroa, on the South Island, as the eye of the storm passed through. 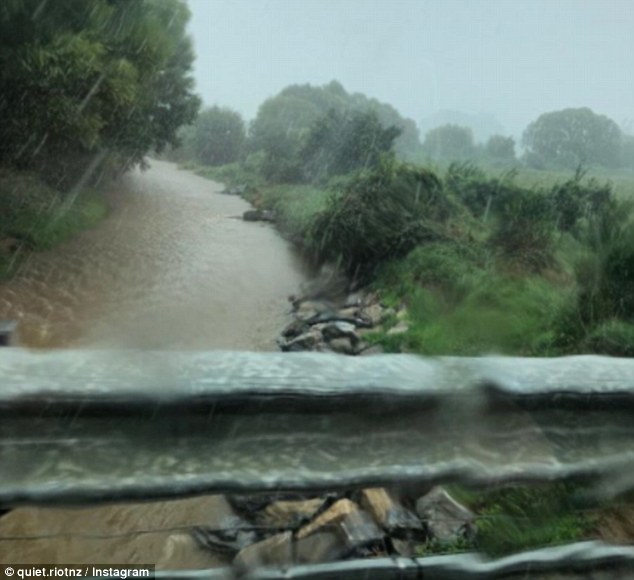 The council has urged people to stay inside and not to travel unless it is absolutely necessary.

Even before the storm hit in full force, heavy rains in the centre of New Zealand caused flooding in Christchurch, prompting a warning from Mayor Lianne Dalziel.

‘The full impact of the storm will be felt overnight and tomorrow morning,’ she said, urging residents of low-lying areas to evacuate.

‘We are expecting homes to be flooded.’ 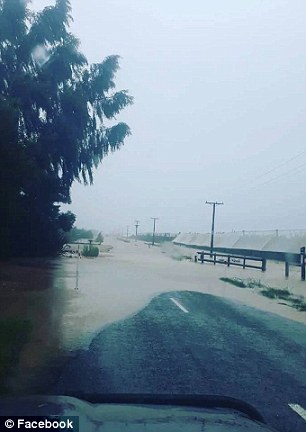 The cyclone had since been downgraded to a storm, but forecasters said it was still likely to wreak havoc on Tuesday evening as it traversed the centre of New Zealand

Prime Minister Jacinda Ardern said troops had fanned out to areas likely to be the hardest hit and the national Civil Defence office in Wellington was on standby to help.

‘My message still to people is please look out for your local warnings and expect disruption to travel and please just be careful,’ she told reporters at parliament. Locals were warned to prepare for floods, huge waves and gusts of winds reaching close to 200km/h 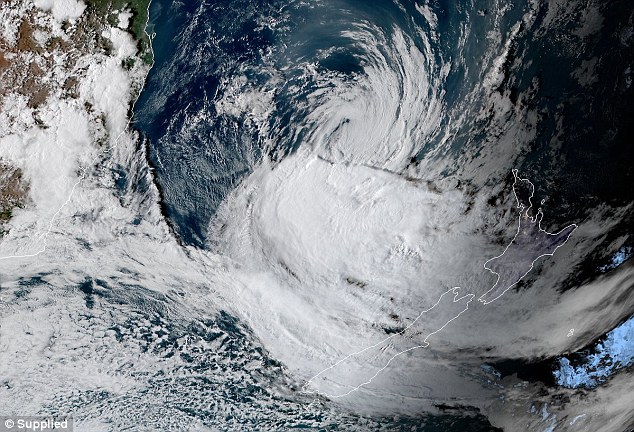