A New Zealand farmer has turned one of his fields into an elaborate troll to farewell outgoing Kiwi Prime Minister Jacinda Ardern.

Vegetable grower Rodney Ng, whose property sits under a flight path into Auckland Airport on the North Island, has given those coming in to land something to remember Ms Ardern by after mowing the giant words ‘End of an error’ into a field – the pointed pun fully intended.

Mr Ng who provides produce for local supermarkets, told Daily Mail Australia it took three people about seven hours to mow the enormous letters, each roughly 40metres in length, into his 4ha field.

The farmer, 40, said he was motivated by the ‘immense pressure’ New Zealand’s farmers are under due from a ‘tsunami’ regulations introduced by Ms Ardern’s Labour government, including a ‘fart tax’ on carbon emissions from livestock.

‘The fart tax is a hard one for beef and dairy but there are many,’ he said.

‘The mental health of many New Zealand farmers has been a big concern over the last few years,’ he said.

‘We’re under a lot of pressure with increasing regulations and new legislations.’ 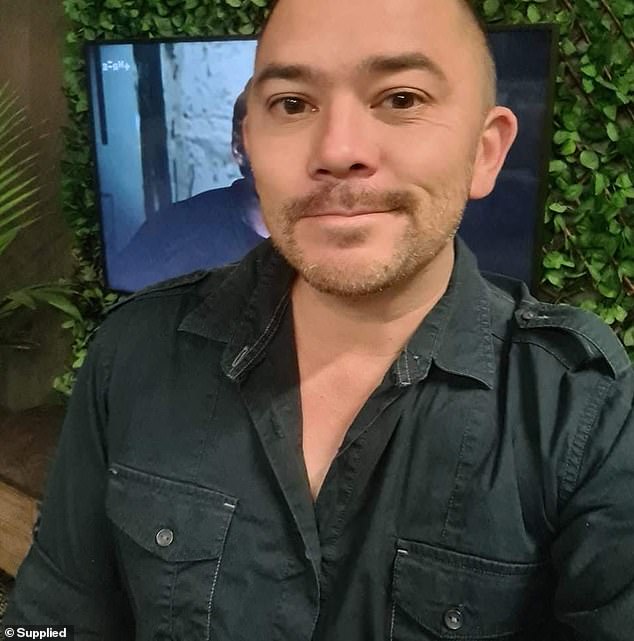 Mr Ng, who is a third-generation farmer, said he hoped his cheeky message would give people a laugh

Mr Ng posted a video showing the process of mowing the rotation cover crop, where he uses GPS guidance to carve out the letters.

As he goes about his task superimposed captions read: ‘Hey Cindy, the farmers of NZ would like to wish you all the best!’

‘We had our ups and downs, we don’t agree on with a heck of a lot but that’s water under the bridge.

‘We can all celebrate now. You were one of a kind that’s for sure.’

‘I’ve had a fellow grower say his daughter saw the field art (from a plane), but still yet to get confirmation,’ he said.

The response to the send-off had been ‘very positive’, according to Mr Ng. 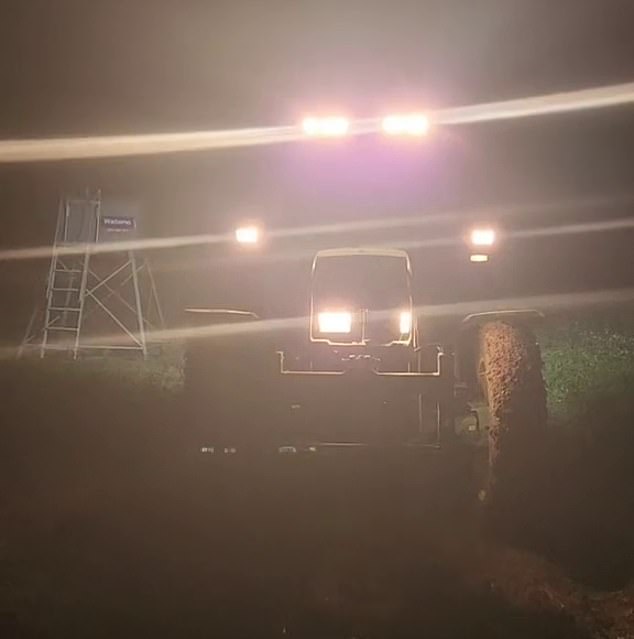 Ms Ardern announced her shock resignation from political life last Thursday saying she had ‘nothing left in the tank’.

The 42-year-old became an international figure known for her brand of ’empathy’ politics, especially demonstrated in the aftermath of the 2019 Christchurch mosque mass shooting where she became a figure of national healing.

However, after coasting back into power on the strength of New Zealand’s initially successful efforts to keep Covid at bay, her government’s harsh border measures, vaccine mandates and lockdowns began to polarise the country.

The ruling Labour party has been mired in poor poor results that if reflected in the October general election will see it swept out of office.

In his social media posts Mr Ng included hashtags to Groundswell NZ, which is a protest movement of Kiwi farmers against ‘unworkable regulations’ that have come under Labor’s five-year reign.

A website for the group lists nine water, bio-diversity and climate change regulations and taxes including the Agricultural Emissions Tax, which charges cattle farmers for the methane released by cow burps, farts and urine. 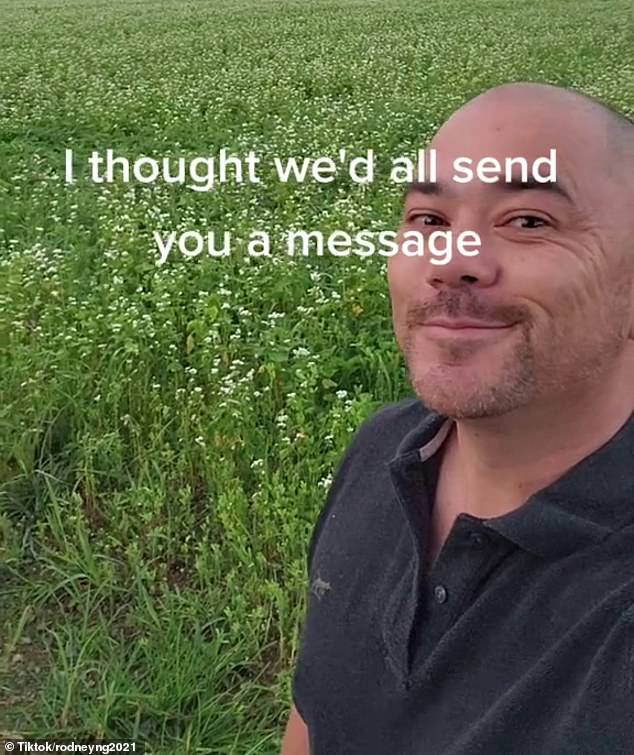 Mr Ng said his cropped goodbye tribute to ‘Cindy’ should be legible for at least three weeks.

‘I’ll give it a refresh if needed,’ he said.

Ms Ardern will be formally replaced as prime minister by former police and Covid response minister Chris Hipkins on Wednesday.

Jacinda Ardern quit as PM saying she wanted to be remembered for her kindness. But that’s an arrogant slap in the face to all the Kiwis who’ll never forget her cruelty during Covid, writes CAMERON CARPENTER

In her final speech as New Zealand prime minister, Jacinda Ardern was asked what she wants to be remembered for.

She responded with a single line: ‘As someone who always tried to be kind.’

For more than two years New Zealanders were locked out of their own country as Ardern imposed some of the harshest Covid restrictions in the world.

Like many New Zealanders living overseas, I will not remember this time as a display of her trademark brand of kindness and empathy. 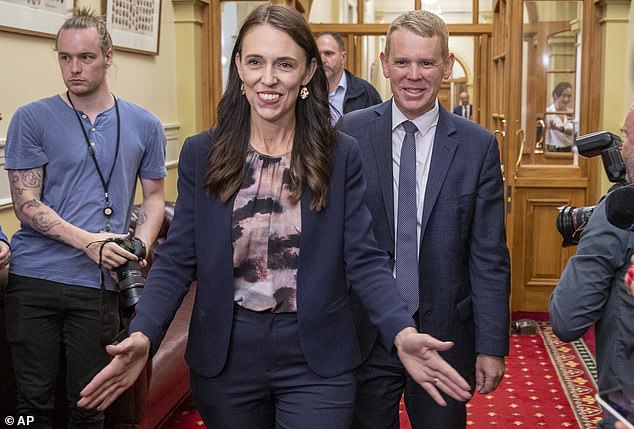 I moved to Sydney with the understanding that I was always a three-hour flight away from my family in Wellington, but like the vast majority of expats I was unable to return home for more than two years.

This really hit home for me when my mother, a mental health nurse, was kicked down the stairs by a patient and suffered a devastating concussion, and Ardern’s draconian border closures meant I couldn’t be there for her when she needed me most.

In a staggering human rights violation, New Zealand citizens overseas had to apply to enter their own country, with a small number of places only available via an online lottery system. 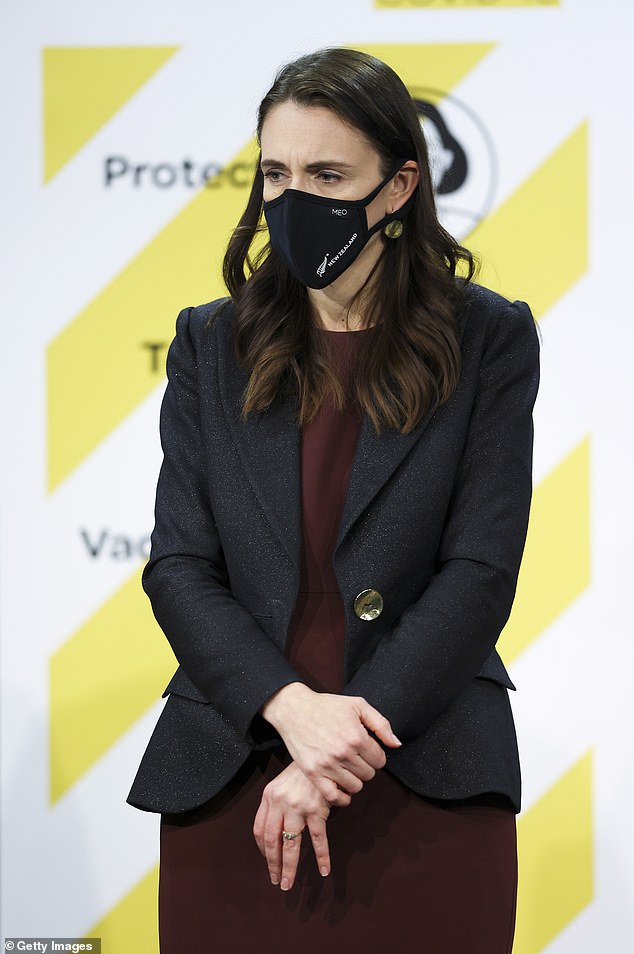 In a staggering human rights violation, New Zealand citizens overseas had to apply to enter their own country, writes Cameron Carpenter

And then, once you won a place, you’d have to pay more $3,100 to stay at a government-run quarantine hotel for 14 days, where the Army guarded the entrances to ensure no one left.

Detainees were only allowed out of their room for just one hour a day – usually for a walk around the hotel’s carpark.

But those rules, which we were told were absolutely necessary to stop the spread of Covid and save lives, didn’t apply if you were rich or a sports star.

A loophole allowed the wealthy and the political elite to avoid hotel quarantine completely by travelling to New Zealand on private jets and then self-isolating at home. 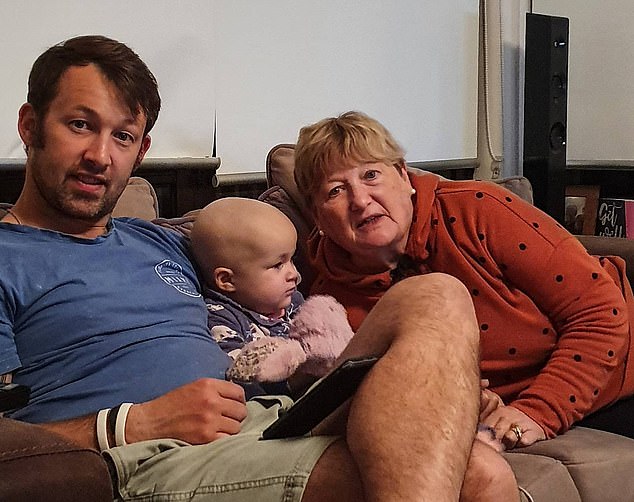 International sports stars were able to jump the quarantine queue to play in New Zealand, and the government paid for their stays in managed isolation. They were also granted training exemptions allowing them to leave the facilities.

But ordinary Kiwis were locked out of the country, with countless stories of overseas-based New Zealanders missing births, funerals, weddings and other events.

New Zealand citizen Paul Mullally was forced to say his final goodbye to his dying mother via a video link, because his application for the family to return, filed nine days earlier, was still pending when she passed away.

Pregnant New Zealand journalist Charlotte Bellis, who was stranded in Afghanistan was forced to turn to the Taliban for help after being unable to return to New Zealand to give birth due to the rules. 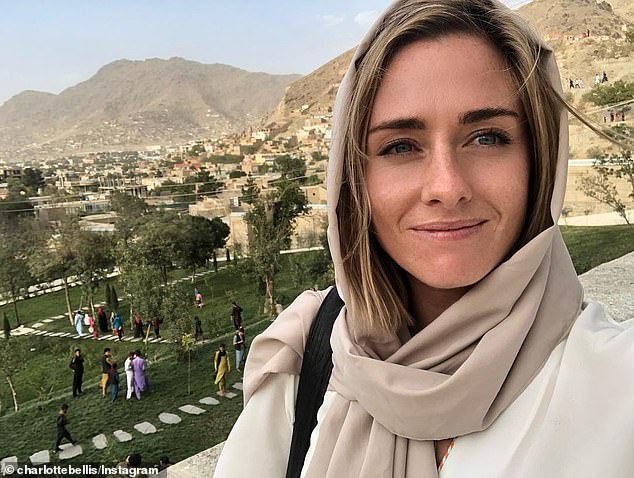 Charlotte Bellis, 35, a New Zealand journalist who had been working in the Middle East, had been struggling to return home to give birth due to Jacinda Ardern’s strict Covid rules

Only after her story sparked outrage internationally did New Zealand officials back down and offer her a spot in quarantine.

She accepted, as pregnancy can be a death sentence in Afghanistan because of the poor state of maternity care.

During the initial stages of the pandemic, Ardern’s decision to limit entry was accepted by most New Zealanders as we still knew so little about Covid-19.

But Kiwis were still banned from entering until February 2022 – even though the majority of the nation was vaccinated and the Omicron variant proved to have a much lower fatality rate.

This put New Zealand completely out-of-step with the rest of the world, which was already learning how to live with the virus.

For international tourists hoping to travel to New Zealand the wait was even longer, with Ardern refusing to open the borders until October.

Ardern tried to justified the harsh controls by saying ‘not everyone could come home when they wanted to, but COVID could not come in when it wanted to, either.’

But despite her flimsy justifications, many Kiwis will forever associate her decision to stop them from entering her own country with heartache.

At the end of her resignation speech Ardern declared, ‘I hope I leave behind a belief that you can be kind. Empathetic, but decisive. Optimistic, but focused.’

For New Zealanders like me, she leaves behind the lasting memory of the cruelty of her pandemic policies.

And to add insult to injury, her surprise resignation because she ‘doesn’t have enough in the tank’ leaves the country in limbo, with no obvious successor, a struggling economy and inflation surging out of control.

What’s kind about that?