A fast flight turn over is something many in the airline industry can relate to, having become part of flying in the 21st century.

But one New Zealand light plane has left its counterparts in the dust by landing, picking up new supplies and taking off in less than a minute.

In the footage, the Aerowork brand plane is shown making a steady landing on the runway before its pilot slowly drives up a steep hill to be top up its supply of cargo. 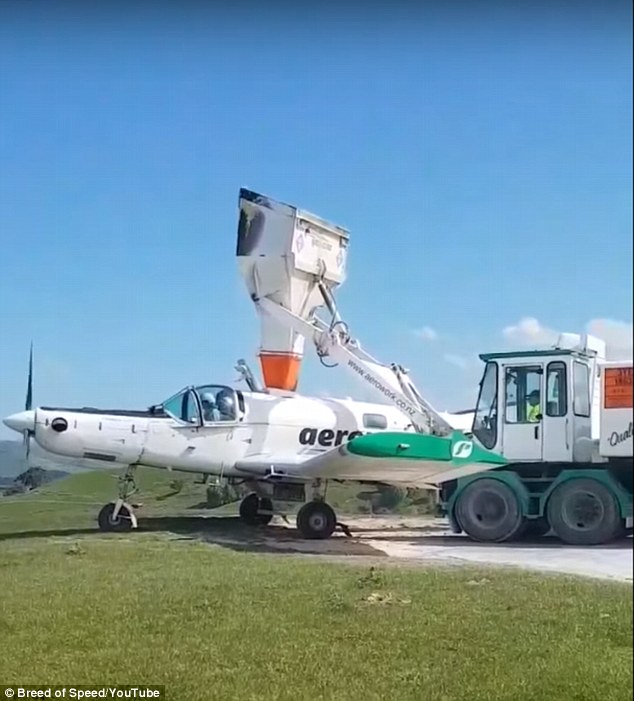 The plane’s soft descent is onto the grassy make-shift runway which has no perimetres and appears to be no more than 100 metres long.

The landing strip is nestled in New Zealand’s picturesque green hills which act as a stunning backdrop to the feat.

Once landed, the plane’s pilot completes a quick u-turn before fertiliser is dropped into the craft – which amazingly takes mere seconds.

Then just a minute after landing, the plane heads back down the runway and returns to the skies.

Believed to be an agricultural aircraft often referred to as ‘crop dusters’ or ‘top dressers’, the planes are often used for dropping pesticides or fertiliser onto crops.

The first style of the aircraft was designed in New Zealand in the 1940s, but are still used widely on farms across the world today. 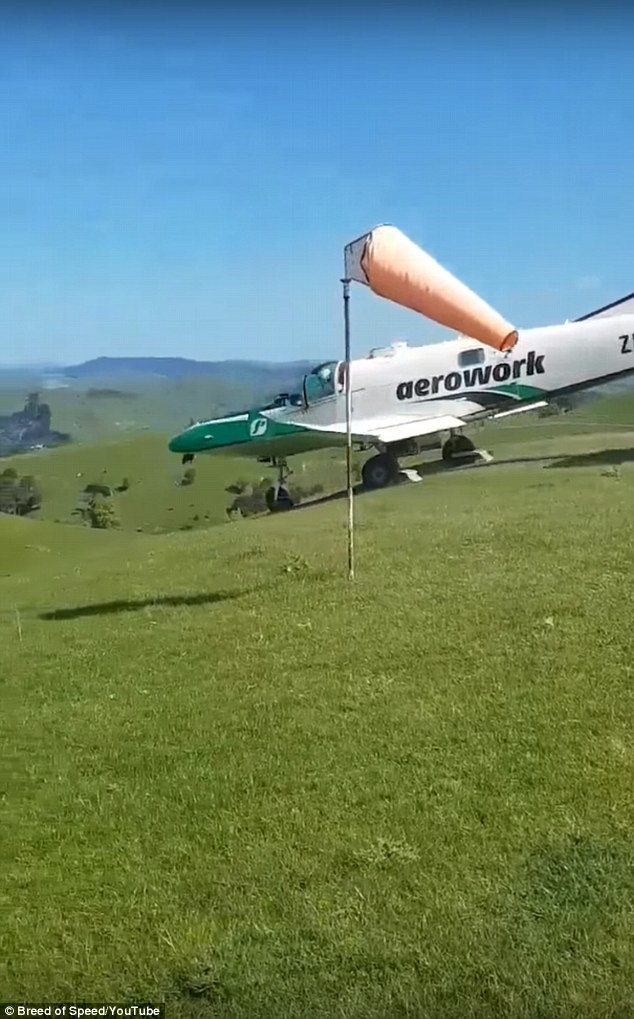 Just as quickly as it landed, the plane is ready to depart once more as it again drove down the short grassy runway 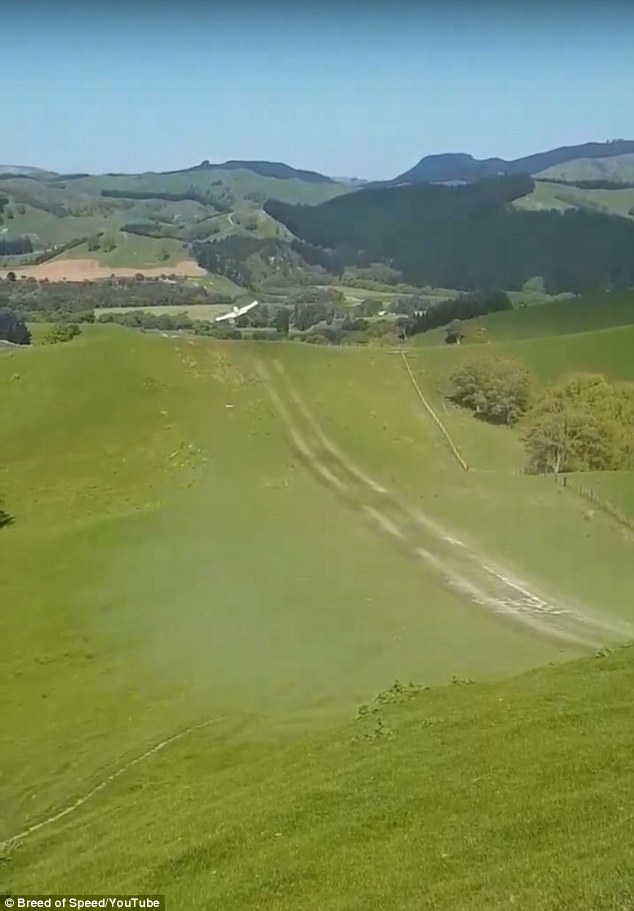 Ready for take off: Before long the aircraft was back in the skies