Police in New Zealand have said they are ‘actively investigating’ social media users who posted footage of the Christchurch massacre, after two people were charged for allegedly sharing the Facebook live stream.

Alleged gunman Brenton Tarrant live-streamed horrific footage of the shootings – including himself gunning down worshippers – on his Facebook page last Friday.

The social media giant says it has removed some 1.5million videos of the attack, in which 50 people died, but is facing fresh scrutiny over content which is distributed on its platform. 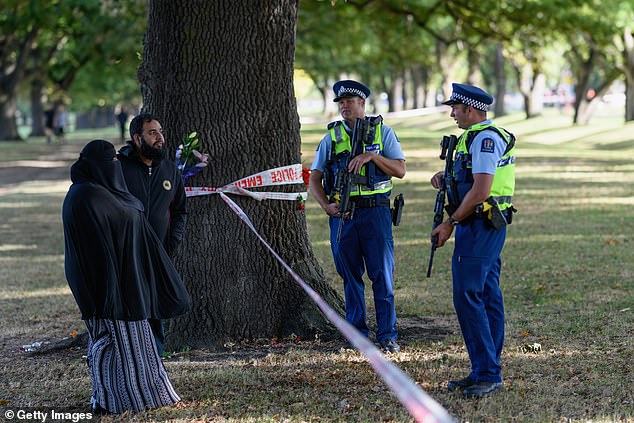 New Zealand police said in a statement: ‘Police are actively investigating the sharing and dissemination of the video.

‘For operational reasons, we are unable to go into specific details regarding our investigation.’

Facebook refused to specify if they would identify users who shared the video.

The firm’s vice president Chris Sonderby said: ‘We have been working directly with the New Zealand Police to respond to the attack and support their investigation.

‘We removed the attacker’s video within minutes of their outreach to us, and in the aftermath, we have been providing an on-the-ground resource for law enforcement authorities.

‘We will continue to support them in every way we can.’

Other shares that are visually similar to that video are detected and automatically removed from Facebook and Instagram, the social network said.

Britain’s Crown Prosecution Service said it would look at any files passed to it by police, in line with usual practice.

The Metropolitan Police has said that spreading footage of the attack ‘may result in a criminal investigation’. 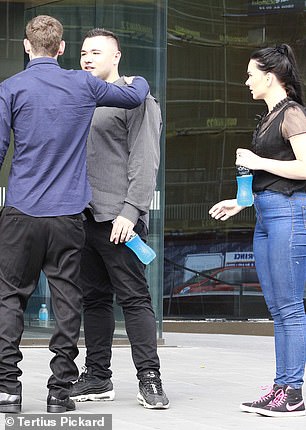 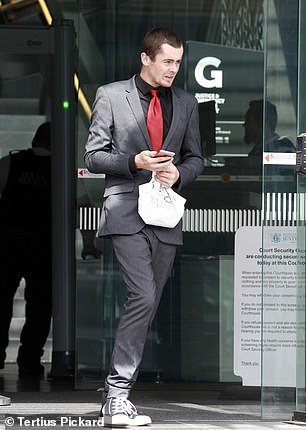 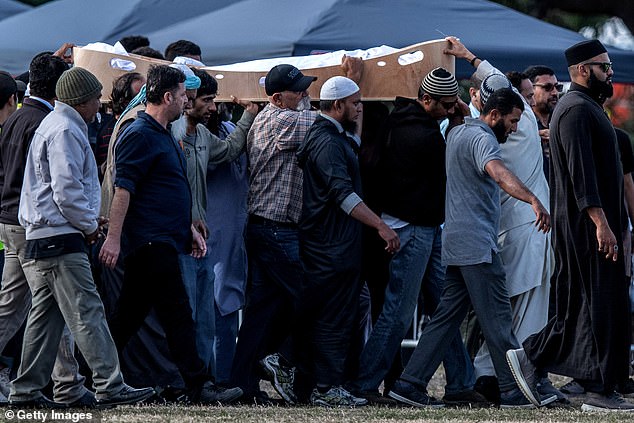 In the latest case to go to court in New Zealand, businessman Philip Neville Arps allegedly copied the live-stream of the mass killings and distributed it on Saturday.

He was charged with two counts of violating New Zealand’s 1993 Films, Videos and Publications Classification Act by distributing an ‘objectionable publication’.

The 44-year-old appeared in court in Christchurch today.

Dressed scruffily in grey tracksuit trousers, a dirty blue T-shirt and striped socks but no shoes, Arps listened intently while District Judge Stephen O’Driscoll told him he was not required to enter a plea.

Police prosecutor Bronwen Blackmore said Arps had distributed ‘a live-stream of the murder of multiple victims at the Deans Avenue Mosque, knowing or having reasonable cause to believe that the publication is objectionable’.

The married father-of-six, who was arrested in a police raid at his Christchurch home on Tuesday, was refused bail.

Tattooed Arps glowered as he stood in the dock while his photograph was being taken at the start of the hearing.

Arps was the second person prosecuted, after a teenager faced the same charges for allegedly posting the footage. 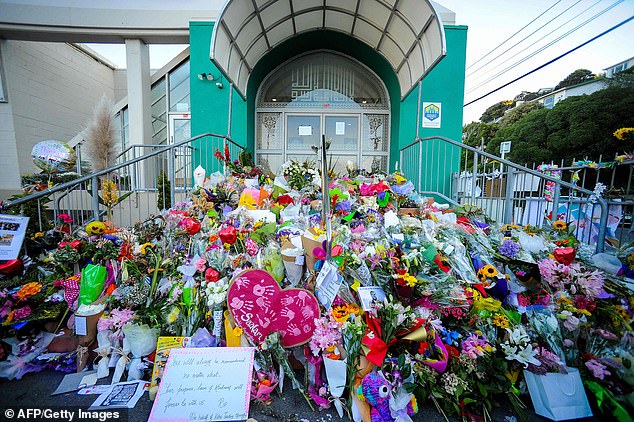 Flowers left by residents are seen at a memorial site for victims of the Christchurch mosque attacks at an Islamic Center in Kilbirnie, Wellington 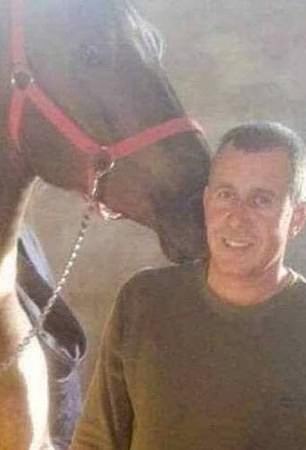 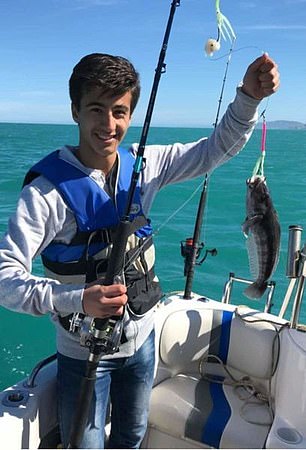 Tarrant, a 28-year-old Australian, has been charged with murder and appeared at court on Saturday. He was remanded until April 5.

In addition to the live stream he outlined his anti-immigrant motives in a manifesto posted online.

In the live stream, a man inside a mosque appears to say: ‘Welcome brother,’ as a gunman approaches.

Of those killed in the massacre, 42 died at the Masjid Al Noor mosque on Deans Avenue in central Christchurch, seven were killed at the suburban Linwood Masjid Mosque, and one person died at Christchurch Hospital.

A number of improvised explosive devices found on a vehicle after the shootings were defused by police.

British security sources said there were no apparent UK links to the attack.