New Zealand has recorded 13 new COVID-19 cases overnight sparking fears the country will be locked down until October.

Director-General of Health Dr Ashley Bloomfield on Friday said two of the new cases are in Tokoroa – 200km away from the outbreak in Auckland.

Dr Bloomfield said the Tokoroa cases after being investigates as close contacts of a family member who is one of the previously-confirmed Auckland cases.

Two of Friday’s new cases are linked to the Americold frozen storage facility, bringing the total number to 13 and the Auckland count to 19.

It has prompted health authorities to probe whether the virus was spread on frozen food shipments.

Five direct cases are workers, while seven others are family of infected staff. The refrigerated warehousing company is awaiting the results for 14 other workers.

Two of Friday’s new cases are linked to the Americold frozen storage facility (pictured), prompting health authorities to probe whether the virus was spread on frozen food shipments 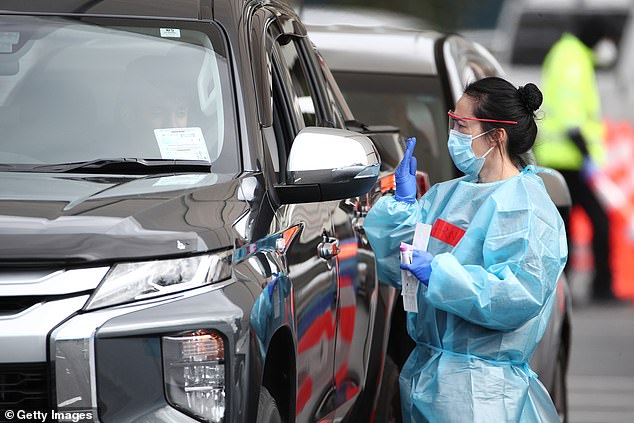 New Zealand has 49 active cases, prompting warnings from a top scientist that the nation could remain in lockdown for another seven weeks – the start of October

The unexpected outbreak of a family-of-four plunged New Zealand back into lockdown after 102 days without recording a locally transmitted case of the virus.

New Zealand has 49 active cases, prompting warnings from a top scientist that the nation could remain in lockdown for another seven weeks – the start of October.

Epidemiologist Michael Baker said it will depend on how far the outbreak had already spread and if a direct link to an overseas case could be identified.

‘You would expect a longer lockdown would be more likely. The most positive outcome is if contact tracing identifies a clear line of transmission from an imported case or someone working at managed quarantine,’ Prof Baker told the NZ Herald.

Prof Baker suggested New Zealand would go back to the situation in March when no more cases were recorded after five weeks of Level Four restrictions and then two weeks at Level Three.

‘I don’t think anyone is imagining that will be necessary this time around but if you are taking the extreme range of possibilities we know from experience in March that it was very effective,’ he said.

There was early speculation the virus arrived to New Zealand on the packaging of frozen-food shipments before infecting a family member – a worker at Americold – who unpacked them.

Chinese health authorities have now revealed that traces of coronavirus have been found in frozen chicken wings and on food packaging.

A sample taken from frozen chicken wings that had arrived in Shenzhen from Brazil were reportedly contaminated with COVID-19, with an epidemiologist now warning the public to take precautions around frozen food.

Frozen shrimp from Ecuador sold in Xian also tested positive for coronavirus, according to local authorities, with the virus able to survive cold temperatures.

This means that an infected worker at a frozen food storage facility could transmit the virus to unknowing shoppers, as the food is dished out to supermarkets across the country.

Americold managing director Richard Winnall told the NZ Herald that the staffer at the centre of the outbreak worked night shifts which may have limited the spread. 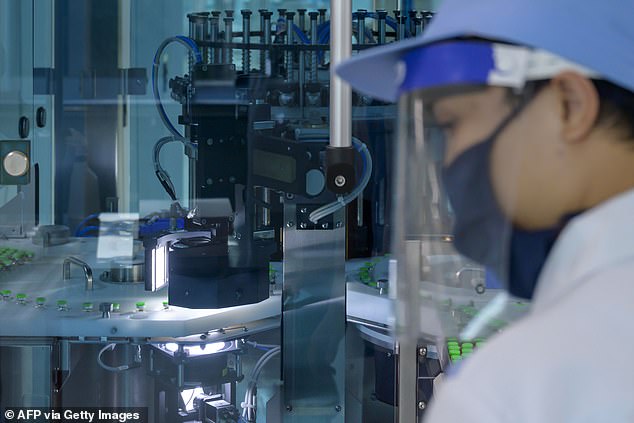 Chinese health authorities have revealed that traces of coronavirus in imported frozen chicken wings and on food packaging have been found (pictured, a lab in China on Wednesday)

‘The test results are coming in quite slowly which is frustrating. We have had since last night and this morning, two further positive Covid results back related to this site,’ he said.

‘One was an agency hire labour worker, who is not a direct employee, but works with us during busy times.’

Despite fears the family member, who works at a cold store facility, contracted the virus from imported food, Deputy Prime Minister Winston Peters suggested the  cluster may be linked to a hotel quarantine breach.

Mr Peters said he hasn’t been officially informed that there was a breach but expects it to be announced by health officials on Friday.

He said his source was a ‘very reliable’ journalist investigating the outbreak.

‘It wasn’t an official, I found out from somewhere else, but I think there’s been a breach inside our quarantine system,’ he told the ABC on Thursday. 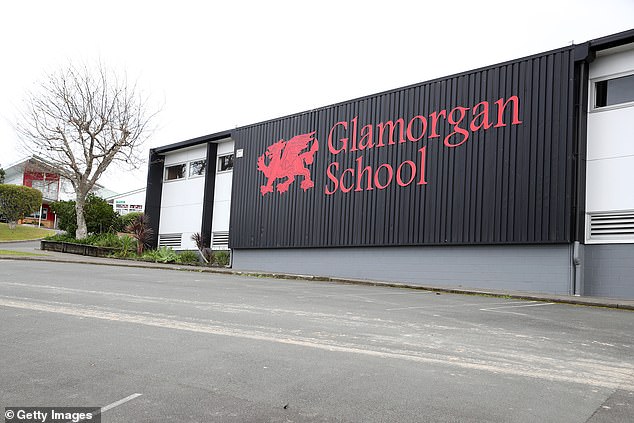 Meanwhile a school in Auckland’s north shore has been closed after a young student tested positive to the virus.

All the 600 families and staff at Glamorgan School in Torbay have been ordered to stay in self-isolation.

Health officials are working to trace close contacts of the child, including classmates and staff.

The school is set to reopen on Monday, but authorities have warned it could remain shut next week if more cases are confirmed there.

A six-year-old boy at Southern Cross Campus in Auckland has also tested positive to coronavirus.

The school’s board held an emergency meeting on Thursday night. Two teachers and 28 of the boy’s classmates are now in self-isolation.