Customs officers at Newark airport are being investigated by the Department of Homeland Security amid accusations that they sexually assaulted rookies on a ‘rape table’ in a horrifying hazing ritual.

The shock claims came to light after three whistleblowers spoke up and said they had seen or been subjected to such abuse – despite fears of recrimination.

‘Hazing wouldn’t do this justice. This is complete assault. They take you in a room and your fellow officers are all watching as officers grab you.’

Three customs officers, including Diana Cifuentes (pictured), say they were subjected to, or saw, gang sexual assaults by other officers at Newark airport in supposed ‘hazing rituals’ 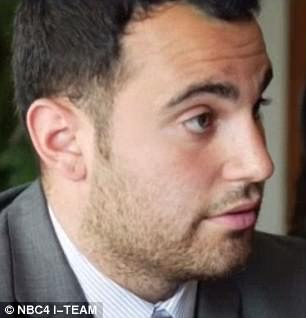 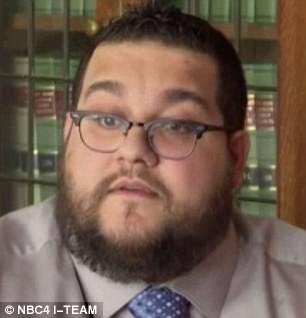 Officer Vito Degironimo (left) said he was grabbed and put on a ‘rape table’ and rose ‘like a horse’. Officer Dan Arencibia (right) called the gang ‘monsters’

The alleged assaults have been taking place for years, the officers said, and come at the hands a specific gang of customs staff.

Degironimo said that clothing was never removed, but called it a ‘sexual attack,’ saying the officers did rub their genitals on the victims.

‘Once the lights go out, they grab you up like a gang, and they forcibly throw you on the table and one officer ended up mounting me and pretty much riding me like a horse,’ he said.

He said, “You deserve to be put on the rape table”

‘I’m grabbed by other officers against my will. I don’t know how much more criminal you can get.’

‘This is terrorizing. How is it that officers believe they’re free to do whatever they want to do?’

Cifuentes managed to escape being pulled up to the ‘table,’ but suffered another, equally terrifying experience at the hands of the gang, she said.

‘There was a back and forth between another officer and myself,’ she claimed. ‘He said, “You deserve to be put on the rape table.”

‘And that’s when he started chasing me… [Eventually] I was held down by another officer and one additional officer taped me with green customs tape to the chair.’

That escalated to the point where one of the officers pulled his gun on her, she said.

The three say official complaints were ignored because the culprits were friends with their bosses. The only thing that happened, Degironimo, was that the ‘rape table’ was taken away 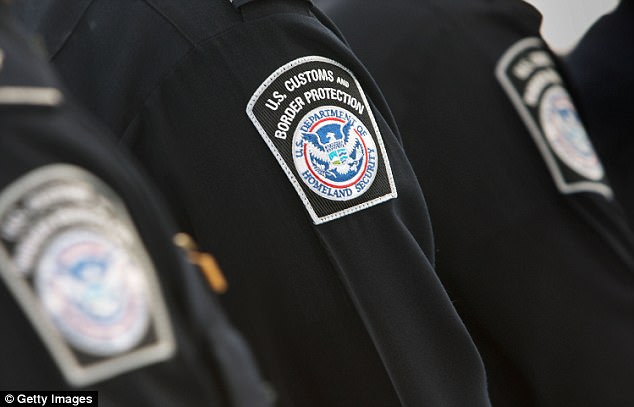 Dept of Homeland Security is investigating the allegations, including a claim that Cifuentes was taped to a chair and held at gunpoint by officers who said she ‘deserved’ the ‘rape table’

‘I was very afraid for my life,’ she said. ‘I took a deep breath and kept on typing like nothing was happening.

‘I know that if I reacted either he was going to pull the trigger or I was going to draw the weapon myself and shoot him.’

The third officer, Dan Arencibia, said he escaped the alleged abuse, but that he is still haunted by the ‘theme’ song the alleged perpetrators played during their supposed assaults: ‘Party Boy’ from the TV show Jackass.

‘They’re monsters in a sense,’ Arencibia said. ‘They know that we can’t do anything about this.’

Degironimo agreed, saying that an attempt to go through official channels achieved virtually nothing.

‘People are too scared to go anywhere because these guys are well connected. Our immediate supervisors are best friends with these officers,’ he said.

‘The repercussions were that they removed the [rape] table. There was no punishment for the officers involved.’

Now the three have revealed their claims to the wider world, hiring Patrick Metz, an attorney who specializes in whistleblowing. 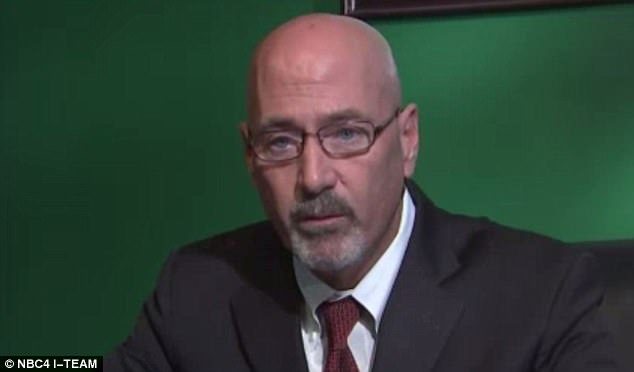 Attorney Patrick Metz (pictured), who is representing the three, called the incidents ‘gang assault’. A congressional hearing on the matter may be held, one congresswoman said

US Customs and Border Protection told NBC that an investigation was currently ongoing.

Congresswoman Bonnie Watson Coleman, who sits on he House Committee on Homeland Security, said that she may demand congressional hearings on the matter.

‘Anybody who has created or supported or allowed this corrosive behavior to take place needs to face the consequences,’ Watson Coleman said.

‘Is this a culture within the organization? Is it happening in other places?’

The three officers have moved out of Newark for their own safety.