A newborn baby girl was found covered in mosquito and ant bites after being dumped in a field in Thailand.

She was heard wailing during the night, but locals dismissed the crying and she was not discovered until the next morning in the Ladkrabang district of Bangkok.

The infant’s skin was raw and looked painful after she was bitten by insects in the exposed field throughout the night of May 11. 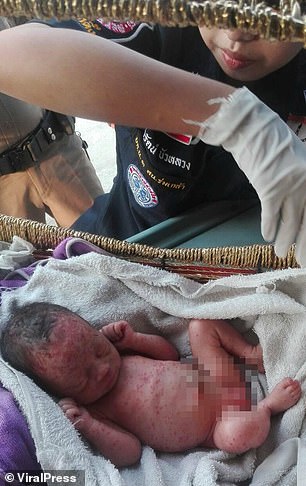 Fortunately the girl did not appear to have sustained serious injury, but her forehead looked particularly sore, with countless bites.

She was partly wrapped with a tiny blanket and her umbilical cord had not been cut, suggesting she was not more than a day old.

The officials carried out a preliminary health check before the newborn was rushed to the Lat Krabang Hospital, where the nurses have been looking after her for the last two weeks.

Police arrived at the scene a few hours later and began investigating the case trying to find the parents. 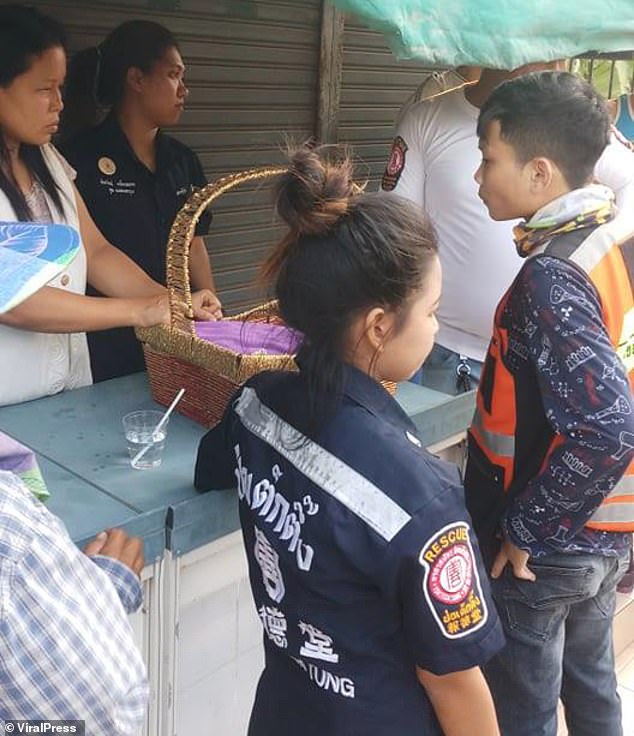 Lieutenant Colonel Samart Klinklao, inspector of Chalong Krung police station, said: ‘We believe that the parents might live nearby the area.

‘Officers will check around the communities and ask the locals for more details.

‘We will also check the CCTV cameras in the street to find who left the baby there.’