Newcastle’s Premier League fixture against Tottenham had to be restarted after the game was suspended following a medical emergency involving a fan in the crowd.

The match was stopped in the 40th minute after the players called for the medics to assist someone in the crowd, with fans also pleading for them to hurry over to the far side of the East Stand. 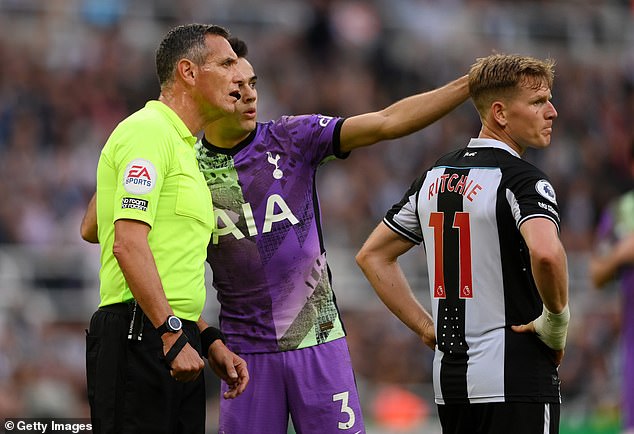 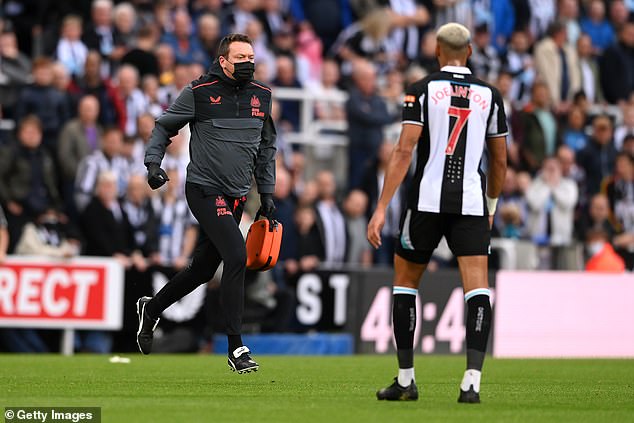 Newcastle club doctor Paul Catterson soon after rushed across to help, handing a defibrillator to a steward in the stand.

Seven minutes of additional time were added on but the game was not allowed to restart initially, with the players taken off to the side of the pitch by referee Marriner.

Applause went around St James Park’ soon after as the stewards managed to move the person involved, and Sportsmail understands they are now stabilised and on their way to hospital in an ambulance.

The players were then given three minutes to warm up before completing the seven minutes of additional time. 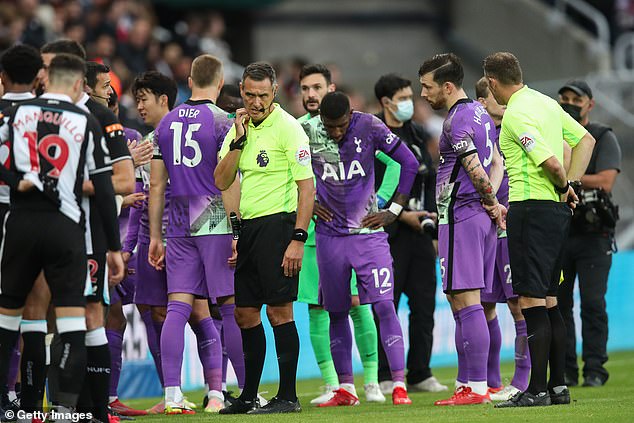 Spurs were leading 2-1 in the fixture before the stoppage, with Tanguy Ndombele and Harry Kane scoring for the visitors after Callum Wilson gave the hosts a second-minute lead.

Son Heung-min then extended the visitors’ lead during the seven minutes after scoring at the back post from Kane’s pass.

Former Newcastle star David Ginola had a quadruple heart bypass after collapsing during a charity match in France in 2016.

And speaking to Sky Sports during the stoppage, the ex-midfielder called having defibrillators in the ground ‘vital’ and said knowledge around sudden deaths and CPR must be improved. 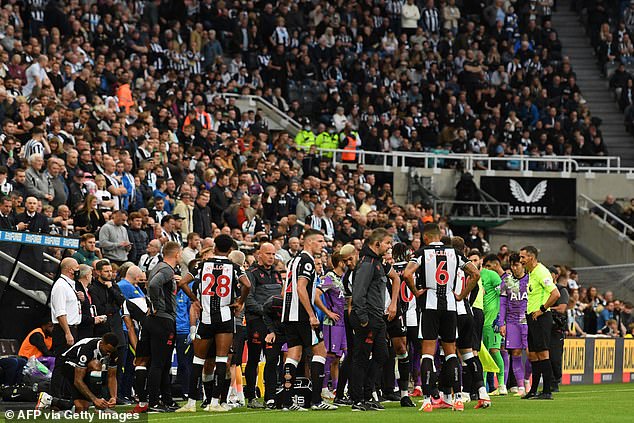 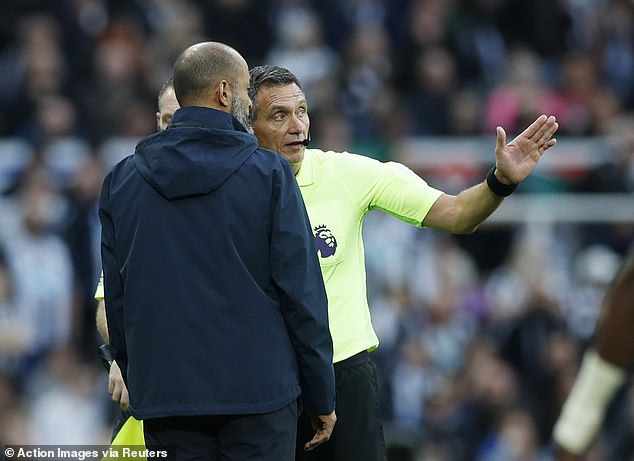 ‘It is obviously a very strange experience. Hopefully he or she will be fine, but it’s important to make the point that everyone knows CPR.

‘The techniques and also working very closely with the people on the field to prevent that sort of issue. It is a major issue in people’s lives.

‘There are hundreds and thousands of people dying from sudden death. We need to improve our knowledge about sudden death, being able to treat people. It’s lucky he’s surrounded by a lot of people. If anything happened like that at home without anyone around it would be a major problem. 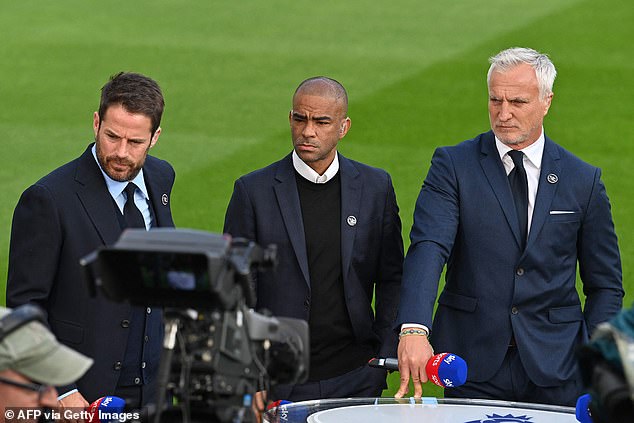 ‘The method is someone is falling next to you is to perform a CPR straightaway, waiting for the people to arrive with the defibrillator. You need to do something.

‘As long as possible, waiting for the defibrillator to arrive. This is what saved my live. They did it for 12 minutes and I was dead for 12 minutes. It is very important because otherwise the brain will be damaged.

‘Sometimes the people don’t want to hurt you too much but you need to go very deep, it doesn’t matter if you break ribs.’