Newcastle star recruits Millie Boyle and Tamika Upton have resurged the Knights to NRLW success – leading the former wooden spooners to a maiden grand final with a dominant win over the Dragons.

Fullback Tamika Upton scored twice while skipper Millie Boyle produced a spectacular solo try in the 30-6 defeat to be the first side into the NRLW premiership game.

The former Brisbane pair starred on their old turf at Suncorp Stadium in the first of Sunday’s double header, as the three-time champions Brisbane were absent from the semis in a competition shake-up.

Newcastle, who were 0-5 last season, will play the winner of the Sydney Roosters and Parramatta in next Sunday’s decider. 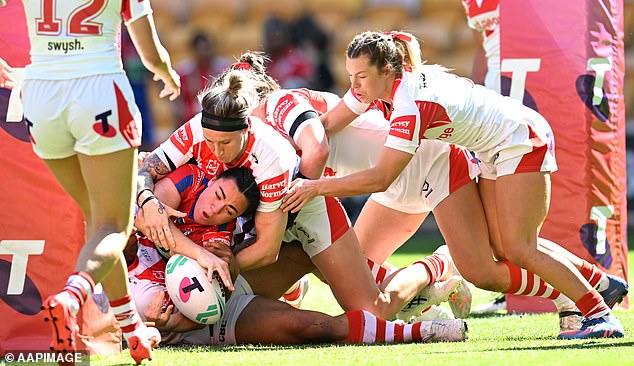 The Dragons, who had lost 30-8 to the Knights a week ago, had powered back into the contest when star fullback Emma Tonegato crossed in the right corner.

But a knock-on was spotted on review and a 12-10 scoreline was suddenly 18-6 at halftime, when Knight’s five-eighth Kirra Dibb scooted over from dummy-half.

The Dragons dominated territory in the second half, but the Knights’ defence held firm. 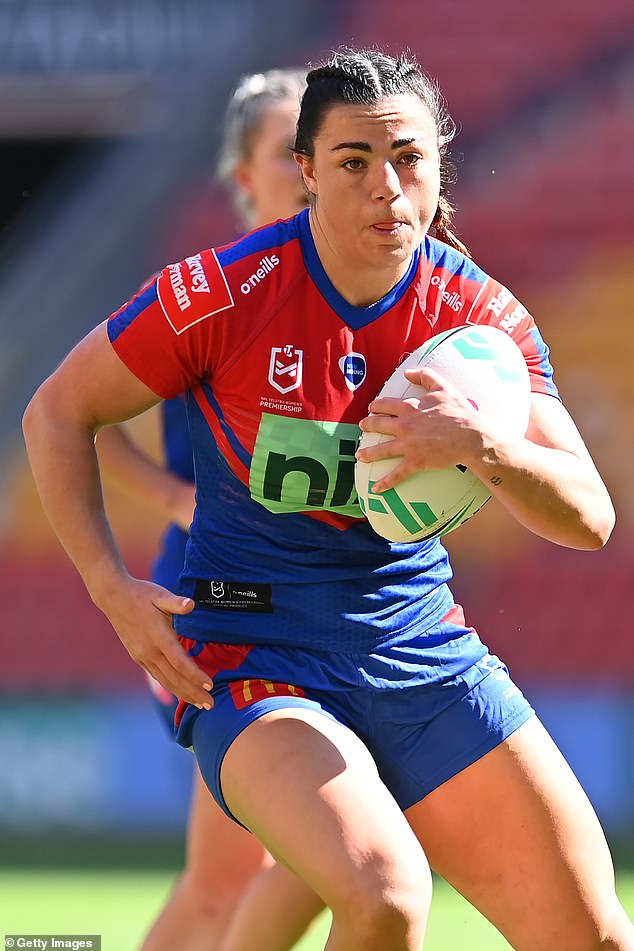 Upton breezed through for a second try to seal the result before Kiana Takairangi’s try was the icing on the cake.

Dragons winger Teagan Berry kept her side close early on, plucking an intercept from Upton’s kick return to score against the run of play.

Tonegato’s no-try followed, her side unable to score another point as the Knights made an early grand final statement in Brisbane.

Boyle starred in the 2021 NRLW season, awarded the Dally M gong where she averaged 198 running metres per game. 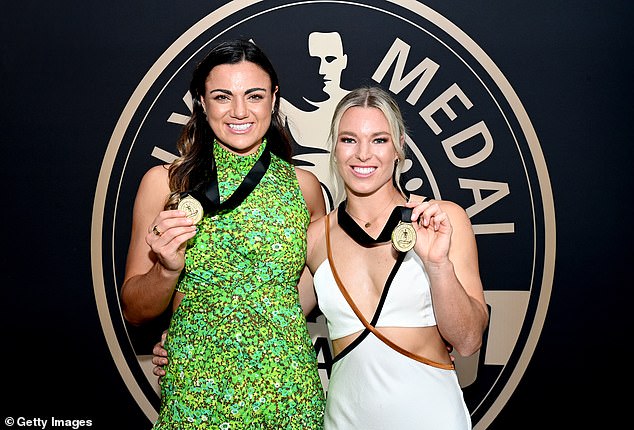 The 24-year-old brushed off Dragons gun Keeley Davis in her stunning try, where she showed footwork and strength to score.

In 2021, the Knights lost all of their regular season games, slumping to a 40-4 defeat against the Dragons in round four.