Sportsmail revealed during the summer that the winger was seeking an improvement on the original six-year deal he signed in August 2019 following his £16million arrival from Nice.

And it is understood Saint-Maximin will now put pen to paper on a new contract with better terms. 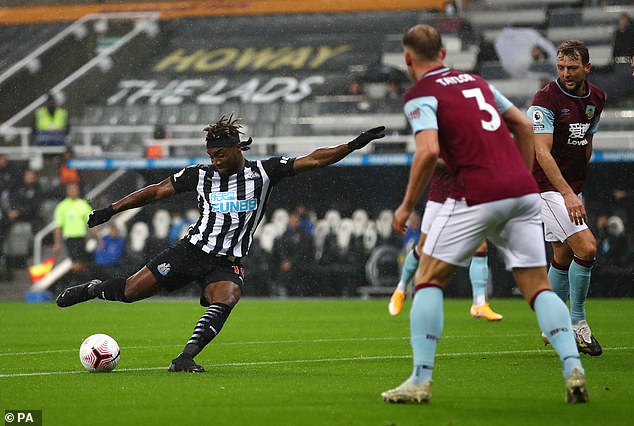 There has been interest in the 23-year-old given his outstanding debut season in the Premier League and he has carried that form into this campaign.

Securing his future at St James’ Park is a major boost for head coach Steve Bruce, who praised the influence of the ‘maverick’ following his starring role in Newcastle’s 3-1 win over Burnley before the international break.

Indeed, Bruce’s side have played 15 Premier League games without him in the starting XI and have won just one. With him they have 12 victories from 26.

Saint-Maximin has quickly emerged as a fan favourite on Tyneside and Bruce knows the importance of keeping him happy and healthy. 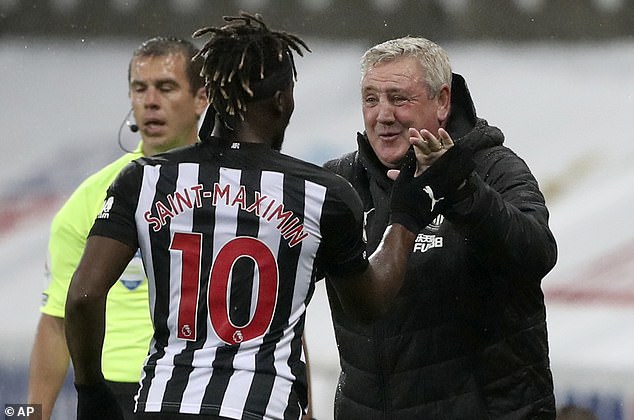 ‘If we can keep Allan fit he will get people off their seats, he can do things that other people can’t,’ said Bruce. ‘He is explosive. He is a goalscorer and a threat.’

Saint-Maximin’s current deal has his wage some way below top earners such as Jamaal Lascelles and Jonjo Shelvey.

The player feels he deserves a contract reflective of his worth to the team and the club are ready to satisfy his wishes in a move that will delight supporters.