By Sam Greenhill Chief Reporter For The Daily Mail

As Prince Harry prepares to be reunited with his wife and son in Canada, the country’s biggest newspaper has told them they are not welcome to live there.

In a scathing editorial, The Globe and Mail said: ‘Canada is not a halfway house for anyone looking to get out of Britain while remaining a royal.’

But yesterday the nation’s most influential newspaper condemned the couple’s ‘vague and evolving plan to move to Canada while remaining part of the Royal Family’, adding: ‘The Trudeau government’s response should be simple and succinct: No.’

The editorial said Canada’s relationship to the monarchy was different from Britain’s, adding: ‘Our royals don’t live here. They reign from a distance. Close to our hearts, far from our hearths.

‘Canadians like their monarchy, and visits by the Queen and other members of the Royal Family tend to produce outpourings of public enthusiasm.’

But the royals should not ‘set up a home on the premises’, it said.

‘Princes are not shipped over here when no useful duties can be found for them on the other side of the Atlantic.

‘Canada welcomes people of all faiths, nationalities and races, but if you’re a senior member of our Royal Family, this country cannot become your home.’ 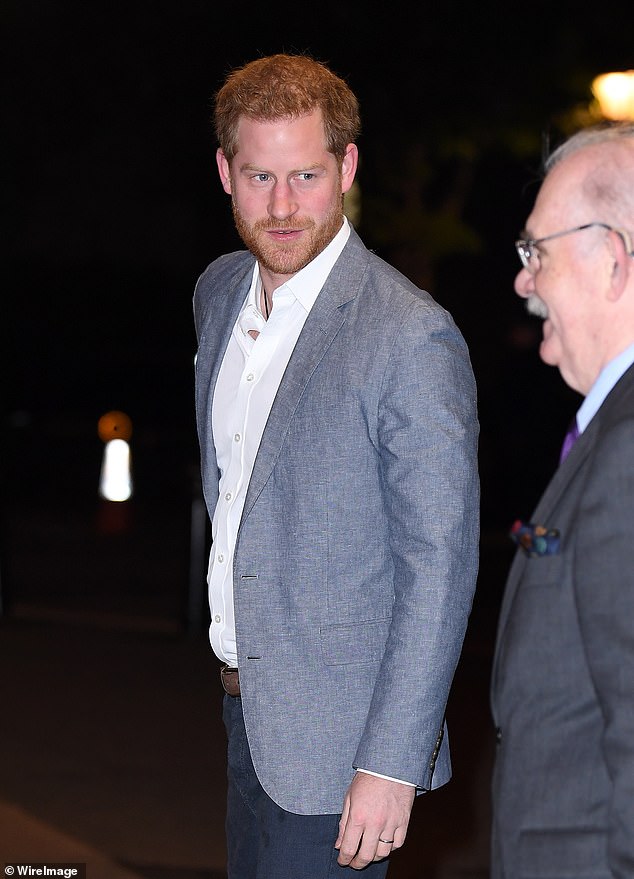 Today, Prince Harry faces an awkward return to Buckingham Palace as he hosts the draw there for the Rugby League World Cup.

The Queen is not expected to be in residence as Harry undertakes his first major engagement since the royal crisis.

Harry has several meetings in the UK early next week, after which he is expected to fly to Vancouver Island where Meghan and Archie are staying in the £10.7 million villa where they spent Christmas.