The parents of an infant found dead inside a duffel bag near their Georgia home last fall pleaded not guilty to murder this week.

Newtown couple Christopher McNabb, 27, and Cortney Bell, 24, were pictured in the courtroom handcuffed during their brief arraignment Tuesday afternoon.

They are accused in the killing of their 15-day-old daughter, Caliyah McNabb, who was found dead and dumped in the woods in early October.

McNabb, who sports a forehead tattoo reading ‘Face Up Or Lace Up’, an apparent reference to the life mantra of rapper Machine Gun Kelly, wore a suit for the hearing.

Christopher McNabb, 27, (pictured during his arraignment Tuesday) pleaded not guilty in the murder of his 15-day-old daughter 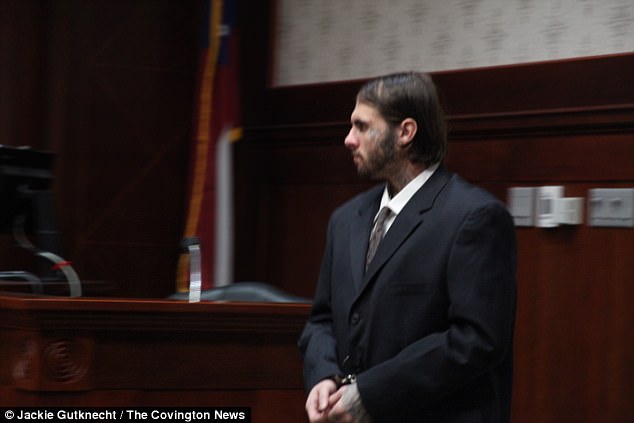 McNabb, who sports facial tattoos, wore a suit and was shackled during the hearing 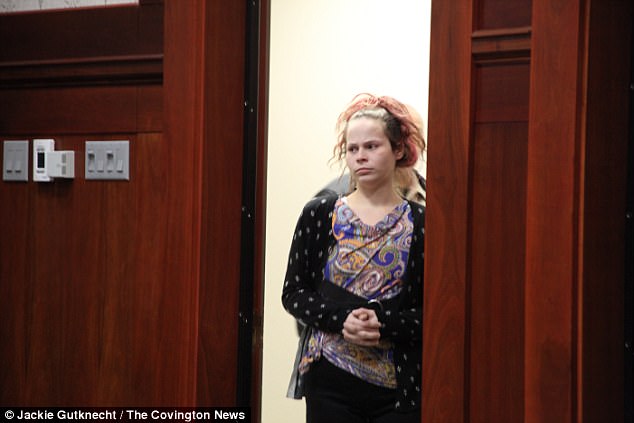 Cortney Bell, 24, (pictured during her arraignment Tuesday) pleaded not guilty in the murder of her 15-day-old daughter 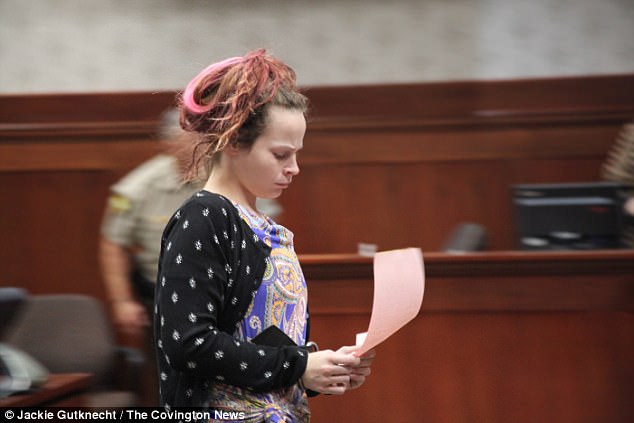 Bell was seen in two patterned shirts, black pants with bright pink highlights in her hair, according to video captured by The Covington News.

McNabb has been charged with malice murder, felony murder, aggravated battery and concealing a death.

Nearly three months after Caliyah was reported missing, a grand jury indicted Bell on charges of second-degree murder, cruelty to children and deprivation of a minor.

McNabb was previously arrested and charged with murder at the time of Caliyah’s death, after he attempted to flee when her body was discovered.

The mother whose frantic 911 call alerted authorities to her missing newborn was arrested early this month on a grand jury indictment for second-degree murder.

911 call audio recently released offers a glimpse of how the scene unfolded on the morning of October 7, when Bell said she woke up to find her newborn missing. 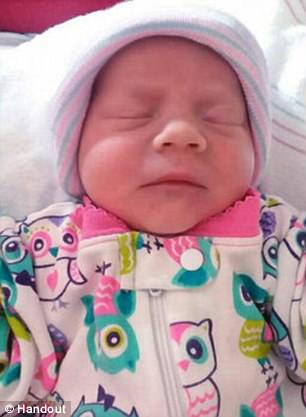 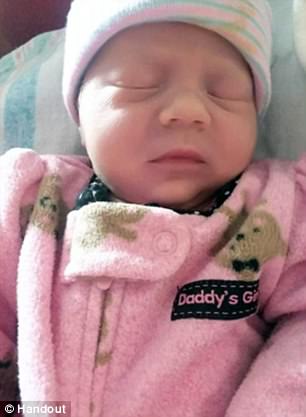 The baby, Caliyah McNabb, was found dead in the woods near Eagle Point Trailer Park in Covington, Georgia on October 8, one day after Bell reported her missing 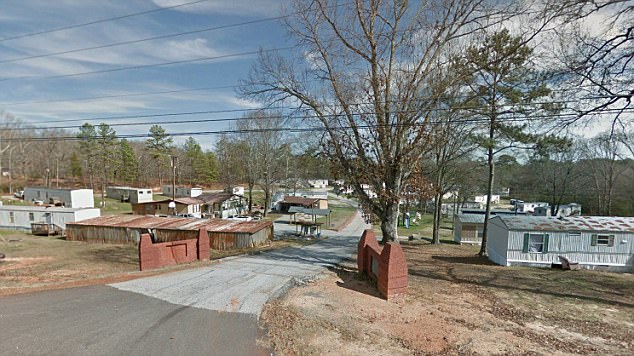 Bell claimed Caliyah went missing after she was put back to bed following a 5am feeding inside their home at Eagle Point Trailer Park in Covington, about 40 miles southeast of Atlanta.

‘My two-week-old is not in her sleeper, her passie’s on the floor,’ Bell tells the 911 operator.

Bell says she fell asleep on the couch, and that her two-year-old daughter woke her up to tell her that the newborn Caliyah was missing.

‘I didn’t mean to fall asleep on the couch, I set down for a minute after being up all night,’ Bell says.

Later, when asked where her boyfriend had been when the infant went missing, she says ‘me and him woke up together’. 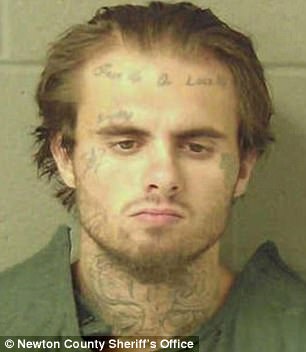 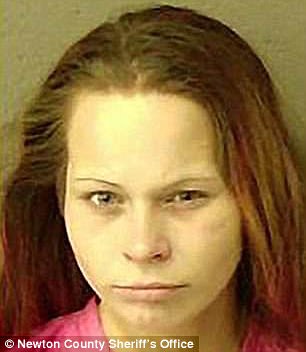 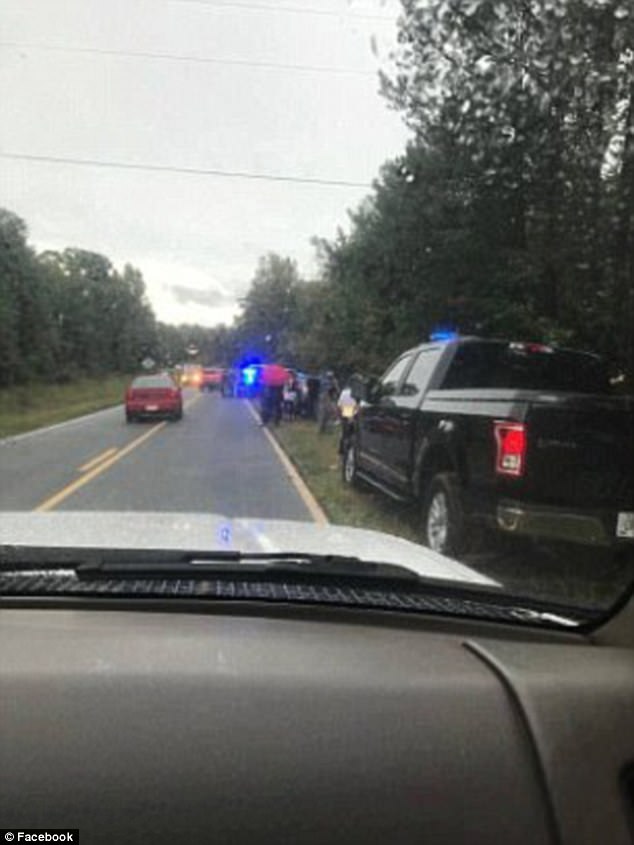 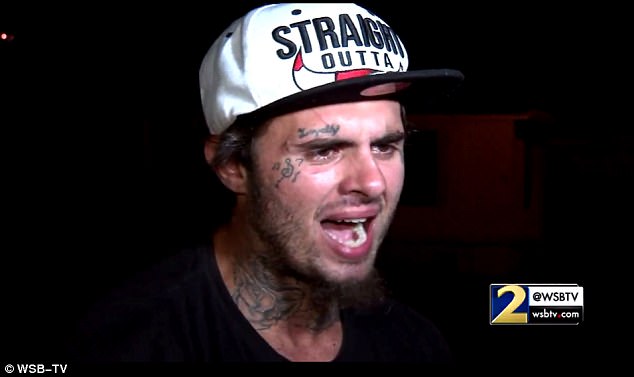 Volunteers were searching a wooded area near the family home the following day, October 8.

That’s when they discovered the infant’s body in a duffel bag under a log.

Upon hearing that the baby’s body had been discovered, McNabb allegedly jumped out of his girlfriend’s car at an intersection and ran away.

Bell was taken to police headquarters where she gave a statement, and was later released – but the child’s father was still missing.

Cops tracked him down at a gas station car wash, where they arrested him immediately on a probation violation. 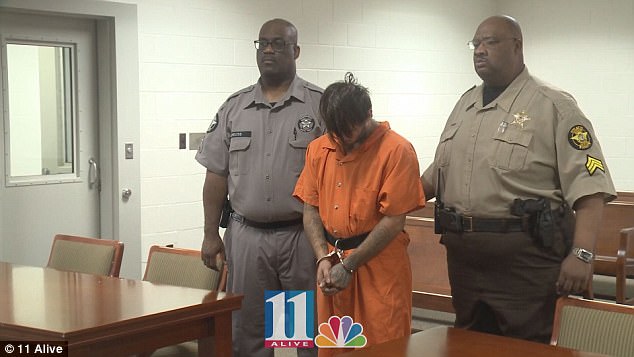 McNabb is seen in court following his arrest. He is charged with malice murder, felony murder, aggravated battery and concealing a death

The indictment accuses Bell of causing the baby ‘cruel and excessive pain through infliction upon her of blunt force trauma to the head,’ according to the Atlanta Journal-Constitution.

She also allegedly failed to provide Caliyah with ‘adequate supervision necessary for such child’s well-being,’ the indictment states.

The accused baby killer was arrested the following day in the parking lot of a Home Depot in Conyers after a nearly 24-hour search.

Bell appeared in court earlier this month wearing a bright pink jumpsuit and flanked by sheriff’s deputies, video from the news station showed.

She told the judge she would seek to qualify for a court-appointed lawyer, and had no questions after the judge read her the charges and her rights.

Bell and McNabb are both being held without bond in Newton County Jail.

Both are set to appear in court next on April 10.