Paris Saint-Germain striker Neymar departed from his usual slick fashion sense by pairing a kaleidoscopic shirt with an orange bandana and touch-tight flares with turquoise shoes as he partied back in Brazil on Monday.

The 27-year-old, who is regularly named as one of the wealthiest and most marketable athletes in the world, was in Sao Paulo to celebrate the birthday of pal Gabriel Medina at a psychedelic-themed party.

Neymar and Medina have struck up a long-term friendship since the elite surfer admitted he was a fan of the forward as a teenager, regularly supporting each other at tournaments and competitions and posing for portraits on social media. 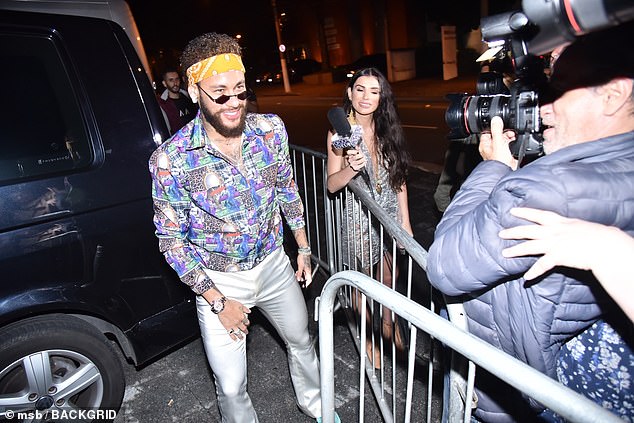 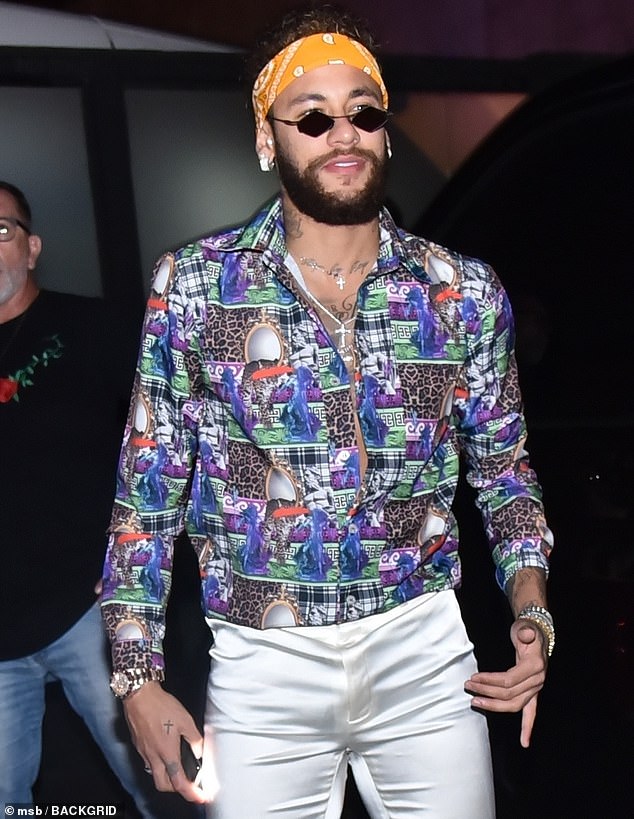 Bearded Neymar unbuttoned his shirt and wore diamond-shaped dark sunglasses as he posed with fellow guests including Medina’s sister, Fran.

Medina turned 26 on Sunday and was in luck with the timing of his invite, as Neymar and PSG played their last match for at least a fortnight in Paris on Saturday.

Having completed his year on the pitch by scoring twice in a 4-1 win over Amiens SC at the Parc des Princes, Neymar flew back for the celebrations at Jardim Europa. 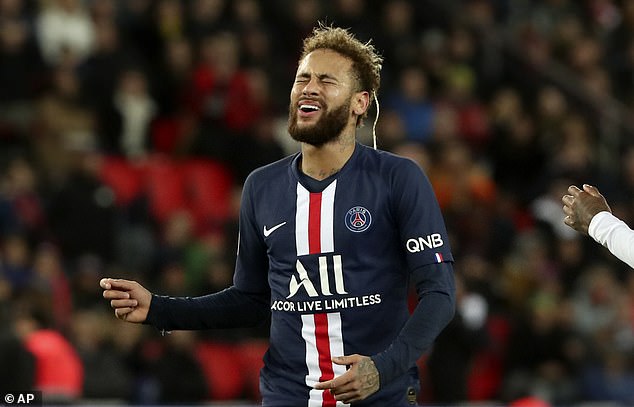 Writing on Instagram alongside a photo showing him strolling along a beach with Medina in a straw hat and colourful shirt-and-shorts combination, Neymar told the birthday boy: ‘Congratulations, my brother – I love you.’

Before the match in Paris, Neymar posted a snap from the same photoshoot and tenderly admitted: ‘If there’s one thing that I thank God every day… is to have you in my life.

‘I am with you… I have you as an idol and brother. LOVE YOU.’ 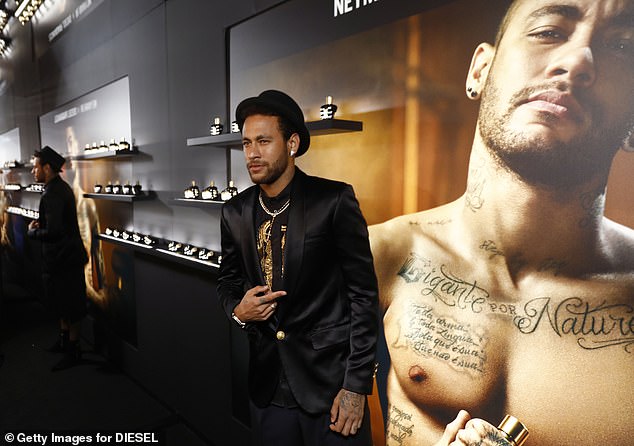 Neymar may have slightly less far to travel to meet Medina in future if persistent rumours surrounding his desire to return to former club Barcelona prove true.

PSG signed Neymar from the Liga champions for a then-record £198 million in 2017 but are widely reported to be preparing a bid to take him back to the Nou Camp.