‘I feel perfectly good’: Neymar claims he is fit and ready to play again ahead of PSG’s visit to Real Madrid in the Champions League

Neymar has claimed he is fit again and ready to face Real Madrid in the Champions League next week.

The PSG forward has been out with a hamstring injury recently and missed Brazil’s games over the international break. His side travel to face Real on Tuesday next week in European action.

And Neymar has made it clear that he believes he will be ready to play at the Santiago Bernabeu.

Speaking at the Davis Cup in Madrid, Neymar claimed: ‘I feel perfectly good.

He added: ‘I feel perfectly good to play against Real Madrid in the Champions League’.

Neymar was also asked a series of questions about his future and whether he wanted to return to Spain, according to FootMercato.

But the Brazilian refused to answer those questions and suggested reporters in attendance should stay ‘calm’ about his future.

PSG may look to call on Neymar when they face Lille in Ligue 1 on Friday night ahead of their clash with Real. 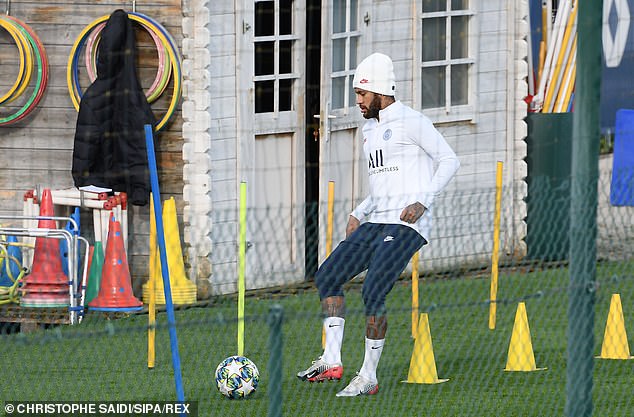