Neymar has warned Real Madrid that Paris Saint-Germain will be out ‘to make history’ when the sides clash in the Champions League.

The French giants, who are currently on a winter training camp in Doha, were drawn against the current holders in the last 16, setting up a mouthwatering clash between two of Europe’s biggest clubs.

PSG have struggled in recent seasons in the latter stages of the competition, but sailed through the group stages this year, losing just once, to Bayern Munich, as they racked up 25 goals in just six games.

And the Brazilian insists that Unai Emery’s side have what it takes to dethrone the reigning champions.

‘We know it will be a difficult game. Real Madrid’s players have been playing together for many years and aspire to their third consecutive title,’ Neymar said at a press conference in Qatar.

‘But I know we can beat them.

‘We want to make history and we will do everything possible to defeat them.’ 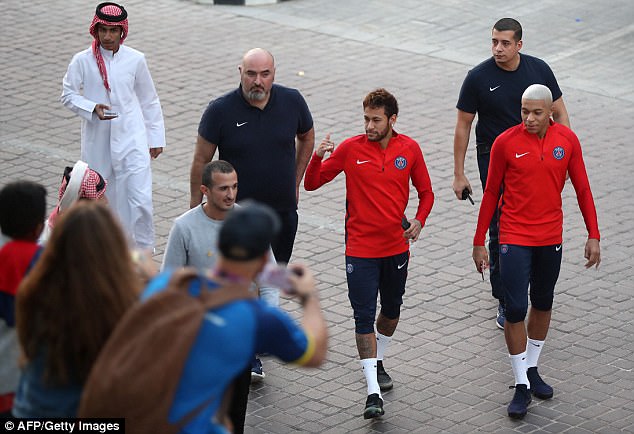 The Brazilian was speaking in Qatar, where Paris Saint-Germain have been on a training camp

Zinedine Zidane’s side are 11 points behind Barcelona in the table, who they welcome to the Bernabeu this weekend in a Clasico that could make or break their season.

But the PSG boss insists they are still a force to be reckoned.

‘They are many points behind, but on Saturday if one team is favourite to win then it should be Real Madrid as they are at home,’ Emery said.

‘When the most important matches come along, I am convinced they will be good. Real Madrid still have a really good team.’ 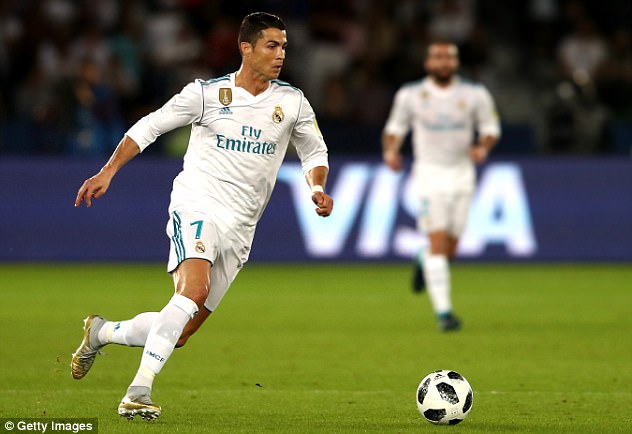 Ronaldo and Co have struggled this term, but PSG boss Unai Emery is still wary of their threat