Police in South Florida are searching for two NFL cornerbacks after multiple witnessed accused them of committing a ‘planned’ armed robbery at a party in the early hours of Thursday morning.

The two athletes had been attending a cookout at a home near Miami on Wednesday night, playing cards and video games when a fight broke out. 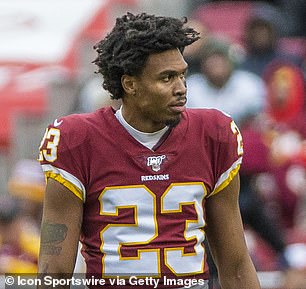 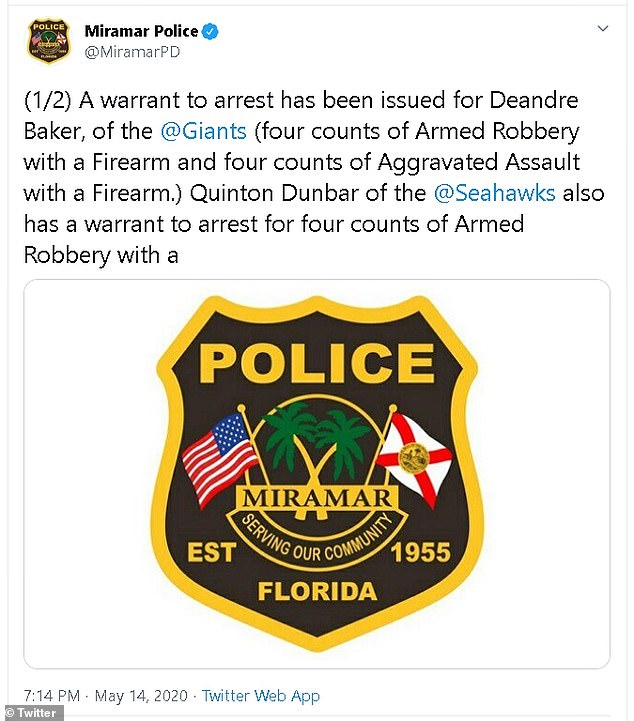 In arrest warrants observed by DailyMail.com, the fracas allegedly started when Baker flipped over a card table.

Baker – a 2019 first-round draft pick – is then said to have ‘whipped out a semi-automatic firearm’, and began directing three individuals, one of whom was Dunbar, to start robbing the guests at the gathering.

Baker also directed a masked assailant, identified as ‘Shy’ in police documents, to shoot an unidentified person that had just walked into the party as the robbery was taking place.

One victim told police he was ‘in fear for his life’ while Baker pointed the handgun at him, but nobody was shot during the incident and no injuries were reported.

Baker then pointed a gun towards another guest and ordered him to ‘give him all his money’, which amounted to $600 cash and a ‘knock-off’ Richard Mille watch valued at $600. 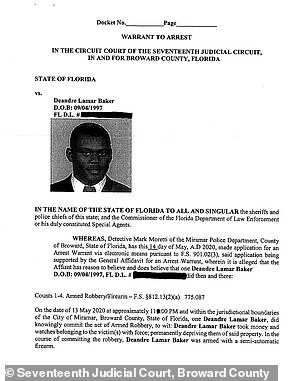 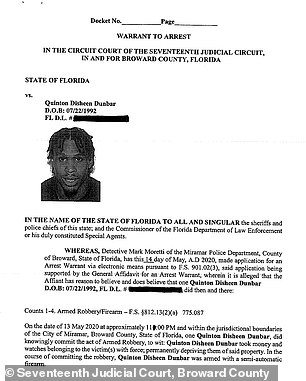 Arrest warrants for Deandre Baker and Quinton Dunbar are shown above

Witnesses gave investigators conflicting reports about whether Dunbar was armed or not. Several said they saw him with a gun, though others claimed he was unarmed but they did hear him directing others to steal valuables.

Police said the four men then fled via the patio door of the home and split up into three vehicles: a Mercedes Benz, a Lamborghini and a BMW.

Witnesses said the vehicles were parked in such a way that would make it easy for them to leave quickly, leading detectives to believe the robbery was planned.

A witness told police he had been at a party with Baker and Dunbar two days earlier where they allegedly lost $70,000 gambling, the arrest warrant says.

Both Baker and Dunbar are from Miami. 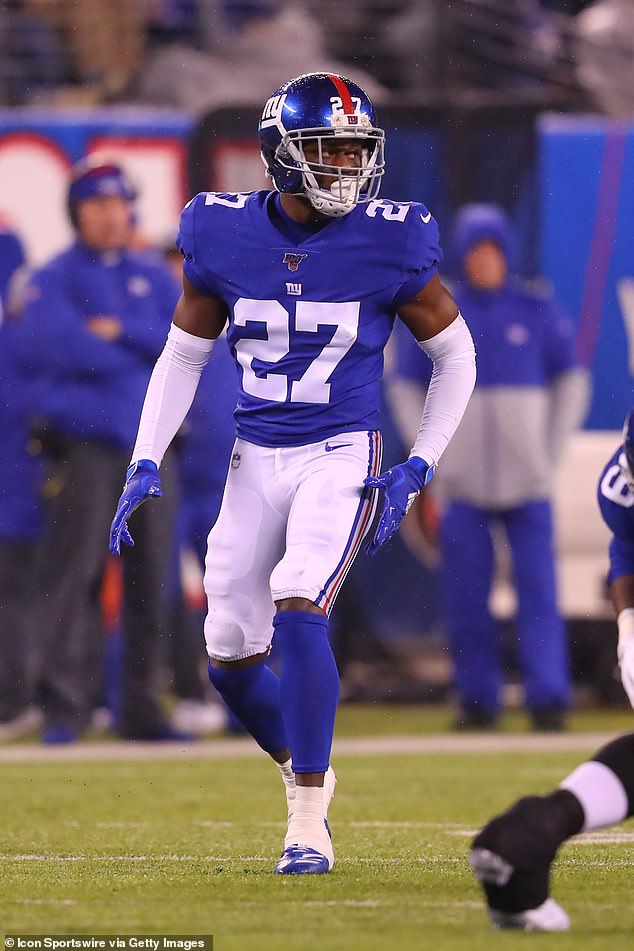 Baker – a 2019 first-round draft pick – is then said to have ‘whipped out a semi-automatic firearm’, and began directing three individuals, one of whom was Dunbar, to start robbing the guests at the gathering 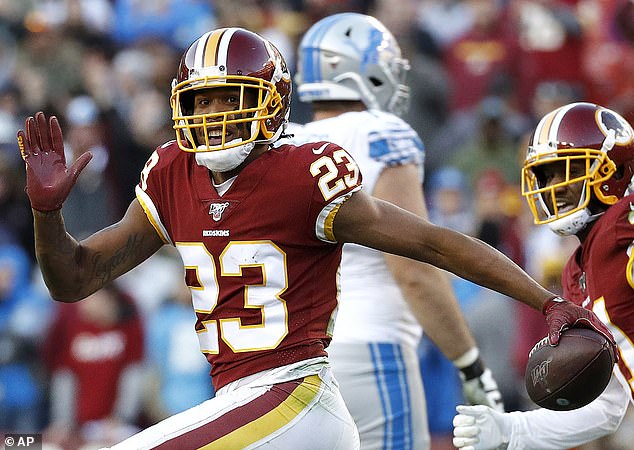 Witnesses gave investigators conflicting reports about whether Dunbar was armed or not. Several said they saw him with a gun, but others claimed he unarmed though they did report hearing him directing others to steal valuables

Baker was one of three first-round draft picks the Giants had last season. He was the 30th pick overall out of Georgia. He played in all 16 games, starting 15. He had 61 tackles and no interceptions. He was the last of the three New York picks in that first round.

‘We are aware of the situation. We have been in contact with DeAndre,’ the Giants said in a statement. ‘We have no further comment at this time.’

Dunbar signed with the Washington Redskins as an undrafted free agent out of Florida in 2015 and was traded to the Seahawks in March. He started 11 games last season, making 37 tackles and four interceptions.

‘We are aware of the situation involving Quinton Dunbar and still gathering information,’ the Seahawks said in a statement. ‘We will defer all further comment to league investigators and local authorities.’

Dunbar spent Thursday morning on a video conference with the Seattle media for the first time since being traded from Washington to the Seahawks in March.

‘You just want to feel wanted at the end of the day. … I just hope to repay them with the way I carry myself as a person,’ Dunbar said on the video conference.