‘It’s becoming a free-for-all’: Deion Sanders launches into rant to explain why the Pro Football Hall of Fame is losing its status, as he insists his jacket should be a ‘different color’ because they’re not all ‘game changers’

Primetime feels that the spotlight is being shone in places it doesn’t deserve to.

Deion Sanders spoke candidly about the quality of candidates being enshrined in the Pro Football Hall of Fame in Canton, OH.

Speaking to some close confidants, and put out on the YouTube channel ‘Well Off Media’ Sanders said the Hall of Fame is now being filled with ‘good’ players and not ‘game changers’ as he feels it should be.

Sanders, now the head football coach at Jackson State University – an HBCU in Mississippi, was inducted into the Hall of Fame in 2011 as one of the best corner backs in the history of the game.

Deion Sanders, inducted in 2011, feels the Hall of Fame has become a ‘free-for-all’ 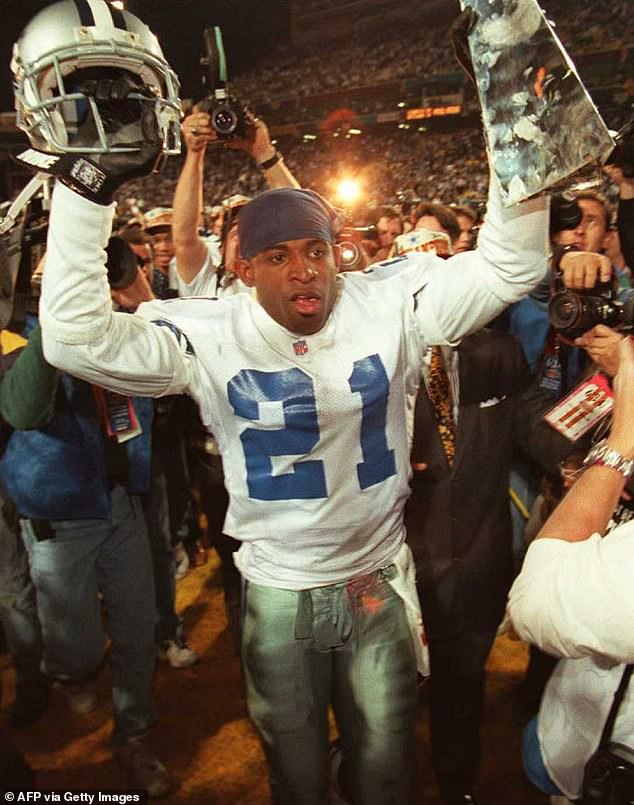 ‘Put my head where my head’s supposed to be, my head’s (not) supposed to be by them. I’m sorry, I’m just being honest. I’m saying what y’all thinking and a lot of you Hall of Famers was thinking the same thing. This thing is becoming a free-for-all now, man. 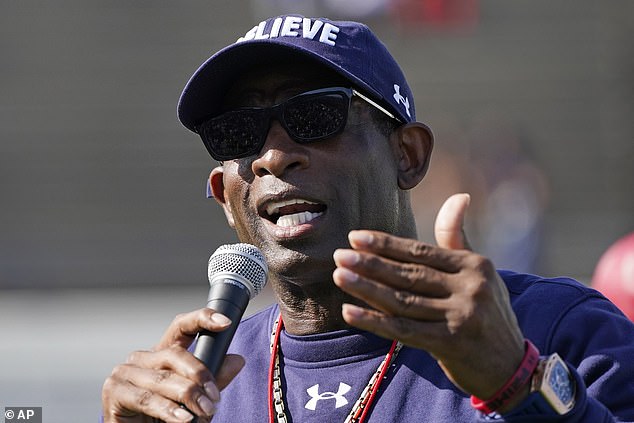 Sanders is now the head coach at Jackson State University, an HBCU in Mississippi

‘It (should be) people that changed the game. That’s what the Hall of Fame is. A game changer. Not, “I played good, I had a good lil run, I gave you three, four good years,” no dawg. Game changers.’

Sanders was a two-time Super Bowl champion with the Dallas Cowboys and was named Defensive Player of the Year in 1994.

He was selected to an NFL All-Pro team eight times, with six of those being the first team, and was also an eight-time Pro Bowler.

Sanders was named to the NFL’s 1990s All-Decade Team as well as the league’s 100th Anniversary All-Time team.

In addition to football, Deion Sanders played baseball and remains the only athlete to appear in a Super Bowl and the World Series.