The NFL’s executive vice president of football operations, Troy Vincent, made an astonishing claim while speaking to team owners Wednesday.

Vincent, often referred to as Goodell’s No. 2, likened the NFL Combine to a ‘slave auction’, according to a report.

Blank is claimed to have stood up immediately and conveyed his offence at the remarks.

He reportedly took ‘umbrage with the idea that he was either taking part in or helping to prop up an event that could be considered racist.’

Often willing to offer his opinion, Jones next stood up and – according CBS – referenced the ‘privilege’ of playing in the National Football League.

Jones noted how many thousands of college football players there are, how only roughly 300 get invited to the combine and how even fewer get drafted. 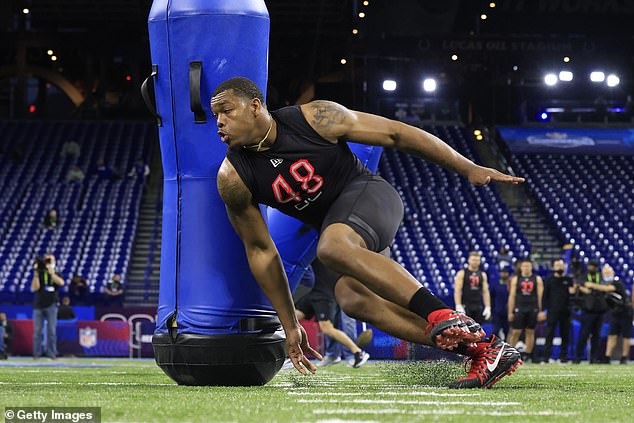 Although, a Cowboys spokesman has reportedly since said Jones didn’t say ‘privilege’ but instead said ‘opportunity.’

DailyMail.com has contacted the Cowboys and the Falcons for comment.

Steelers owner Art Rooney II, who also happens to be the league’s Diversity, Equity and Inclusion Committee Chairman, voiced his thoughts stating there is a necessity for information to make adequately reasoned decisions.

Initially, Vincent announced alterations to the combine including the abolition of supposedly tedious medical evaluations and monitoring of teams’ questions to potential prospects. 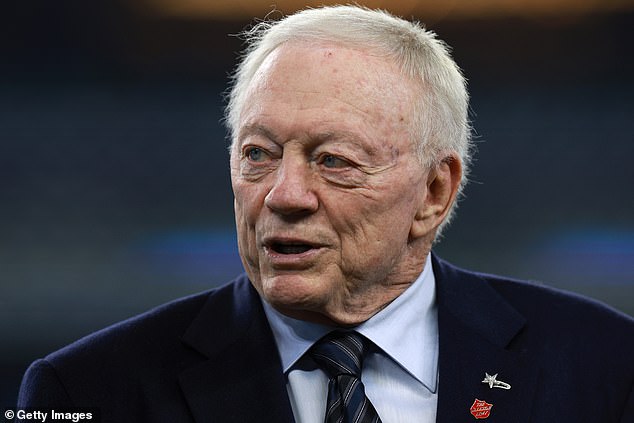 Jerry Jones, never one to shy away from expression, reportedly differed in thought to Vincent

‘We just feel like the overall experience, talking to the players, we can be better in that particular aspect,’ Vincent told reporters later Wednesday.

‘So, there was, I would say, a good discussion around what that looks like, where we could be, keeping in mind that the combine is the player’s first experience with the National Football League, and in that experience, there has to be dignity.

‘It’s a great opportunity for the young men, but there has to be some form of dignity and level of dignity and respect as they go through that process. That was the overall theme around our combine [discussions.]’

Vincent made the Pro Bowl five times, was twice an All-Pro and is also a member of the Philadelphia Eagles Hall of Fame. He was taken with the seventh overall pick by the Miami Dolphins, where he played four seasons.

Eight years in Philadelphia followed before short stays in Buffalo and Washington brought an end to an illustrious career. 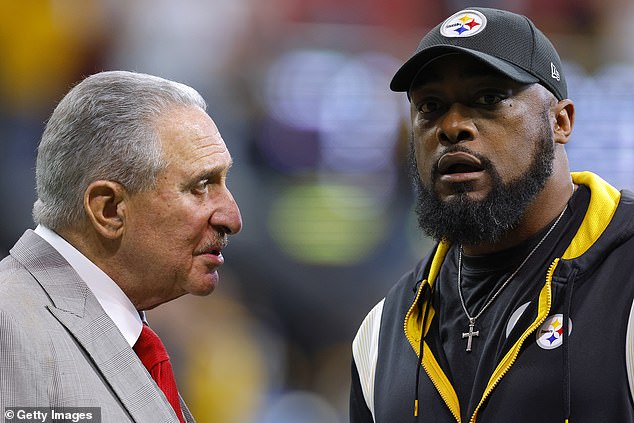