NHS is not fit for 21st century, says hospital inspector

The NHS needs a radical overhaul in order to survive, the new chief inspector of hospitals has warned.

Professor Ted Baker said hospitals were struggling to cope as they were still set up as if they were in the 1960s.

He blamed a failure to act on knowledge that the ageing population was coming 20 years ago.

The population has risen by 16 per cent in the last 30 years, but the number of pensioners has increased by a third, many living with long-term, age-related illnesses (file picture)

With winter pressures looming, he warned it was not acceptable to keep ‘piling patients into corridors’.

He said unsatisfactory arrangements had become the norm for too many hospitals, which endangered patients and encroached on their dignity.

Professor Baker has written to every hospital chief executive to urge them to improve patient safety in A&E, amid fears the NHS will struggle to cope with overcrowding this winter.

‘That is the fundamental thing that needs to change; we need a model of care that is fit for the 21st century and the population as it is now.’

The former hospital medical director said it was unacceptable for hospital staff to keep ‘piling patients into corridors’ as he claimed dying patients were coming into A&E because others could not help.

He told the paper: ‘One of the saddest things is you go into A&Es and you find patients who are dying admitted to A&E in the last hours of their life because wherever they were couldn’t provide support for them.

‘That is tragic; the system is not built around these patients.’

In the last 30 years, Britain’s population has soared by 16 per cent while there are a third more pensioners.

Hospital occupancy rates have passed 95 per cent in winter and the new inspector warned the NHS could be in crisis in coming months. 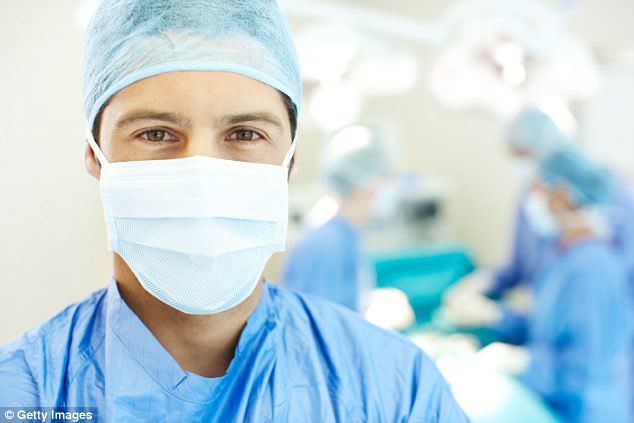 He said patients were unnecessarily taking up hospital beds because they were not correctly discharged or did not seek the right help initially.

Earlier in September the Royal College of Surgeons warned Britain could face a ‘winter of woe’ unless more beds were freed up.

More than 181,000 ‘bed days’ were lost to delayed discharges in July 2017, where patients could be sent home but can’t be discharged safely.

3.85million people were on the waiting list for non-urgent hospital care in July, while 420,000 patients had to wait longer than the targeted 18-week mark.

Professor Derek Alderson, president of the RCS, said: ‘There’s a distinct chill in the air that tells us winter is creeping ever closer.

‘Today’s performance data worryingly suggests that the NHS is not ready for the pressures this will bring.’

At the start of September, NHS campaigners demanded another £350million to avoid a winter crisis.

NHS Providers chief executive Chris Hopson said the NHS is facing its worst winter in recent history if it does not receive an immediate cash boost.

Mr Hopson said: ‘Last winter the health service came under pressure as never before. At its height, the NHS had to provide 4,500 additional beds a day – equivalent to more than eight extra hospitals.

‘Patient safety was compromised as local services struggled to cope with the pressures. At times, in some places, the NHS was overwhelmed.

‘We must act now to prevent the situation becoming even worse this winter.’