Patients will have to ‘sleep, take paracetamol and pray’, concerned doctors have warned ahead of the impending winter crisis.

The NHS is expected to face unprecedented pressure in the coming months, as campaigners fear it will be disastrous amid soaring waiting lists in A&E.

Now GPs are echoing the widespread worries, claiming it will become a ‘survival of the fittest’ as they are already struggling to cope.

A survey of 633 doctors, undertaken by GPOnline, revealed the concerns as the recruitment crisis continues to burn with no signs of slowing.

The NHS is expected to face unprecedented pressure in the coming months, as campaigners fear it will be disastrous amid soaring waiting lists in A&E

One GP, whose identity is unknown, told the publication: ‘One flu epidemic and my out-of-hours service will be in meltdown. It literally will be survival of the fittest.

‘The ambulance service cannot cope, there are no beds available in the hospitals and overnight I single-handedly cover half a county.

‘The public will have to sleep, take paracetamol and pray. There is no way we will cope. We were working at capacity during August never mind January.’

Scores of practices also believe they are working well beyond maximum capacity – feeling pressured to take on a higher workload and risk mistakes.

The Government has repeatedly promised to recruit an extra 5,000 family doctors by 2020/21 but recent figures shows they are quitting at a rate of 400 a month.

Many are retiring in their 50s, moving abroad or leaving to work in the private sector, as practices have threatened to close their waiting lists until action is taken.

The Red Cross branded the situation a ‘humanitarian crisis’ – a term used to describe the devastating civil war in Syria and Yemen. 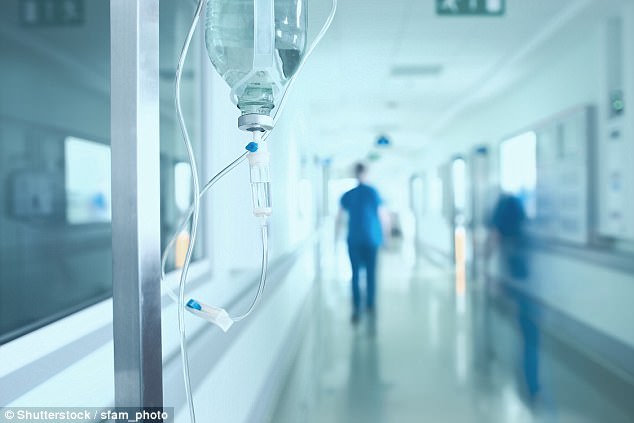 Now GPs are echoing the widespread worries, claiming it will become a ‘survival of the fittest’ as they are already struggling to cope

NHS Providers, a trade association which represents hospital trusts, called for an emergency cash injection in September ahead of the winter.

Its chief executive, Chris Hopson, asked for up to £350 million to help the cash-strapped health service make it through the winter.

He warned patients would be put at risk and waiting lists would continue to soar unless immediate action was taken in the form of a cash boost.

Hospitals are so understaffed they may have to turn away elderly patients seriously ill with flu this winter, an analysis revealed in October.

The country is facing a devastating outbreak of a new strain of the illness, which could kill thousands and fuel a winter crisis in the NHS.

Several hospitals surveyed by the Mail said they are too understaffed to take in any extra patients. Some launched desperate searches for more nurses abroad.

One Trust admitted patients turning up with flu at A&E this winter would be ‘eyeballed’ by nurses at the front door and sent to an on-site GP if they did not look seriously ill.

Another warned it had ‘significant concern for patient safety’ ahead of the flu season.

Separately, the NHS revealed nine in ten hospital bosses are ‘concerned’ they will not cope while 62 per cent are ‘extremely concerned’.

Last year the NHS received a ‘kick-start’ – an extra £3.8 billion, the equivalent to a 3.7 per cent increase to cope with the winter crisis.

This year the NHS will only receive an extra 1.3 per cent, and in 2018/19 only 0.4 per cent, prompting campaigners to beg for more funding.

Despite calls for a cash injection, the Department of Health has already insisted it has ‘prepared for winter more this year than ever before’.

And officials remain adamant the NHS is fully prepared and hospitals have put an extra 3,000 beds in place ahead of the impending chaos.

However, chiefs across the UK have braced for ‘Aussie flu’, which many experts suspect will wreak havoc on the NHS after an aggressive strain blighted Australia.

The figures showed it was a five-fold increase from just 41,000 five years previously.

Increased demand and slashed funding has wreaked havoc on A&E departments, with many left over-crowded and unable to treat patients on time.

Shocking figures released earlier this year show the number of patients languishing in A&E for more than 12 hours has risen by 10,000 per cent in five years.

Plans to cut the number of beds in A&E have been suggested, despite the Royal College of Emergency Medicine previously warning 5,000 extra are needed.

Overall waiting times this year have reached their worst levels since records began 15 years ago, according to figures, and are only expected to get worse.