Bre Tiesi took to Instagram Saturday with images of an outing she and Nick Cannon took their son Legendary on to see Santa Claus Saturday.

Tiesi, a native of Los Angeles, captioned the image, ‘Daddy and I took Legendary to meet Santa today,’ as she shared a clip of a series of festivities for the forthcoming holiday.

Tiesi, 31, who can be seen on the sixth season of Selling Sunset, wore a fuzzy white long-sleeve turtleneck sweater with a necklace of Christmas lights and a Santa cap her black locks flowed out from.

The latest: Bre Tiesi, 31, took to Instagram Saturday with images of an outing she and Nick Cannon, 42, took their son Legendary, five months, on to see Santa Claus Saturday

Tiesi, who was formerly married to ex-NFL player Johnny Manziel, rounded out her ensemble with black leather pants and black boots on the outing.

Cannon, who hosts The Masked Singer, donned a black bomber jacket with green camouflage pants and grey and white sneakers as he doted on the child.

The San Diego, California native, 42, who welcomed Legendary in July with Tiesi via a home birth, topped things off with a tan mesh trucker cap.

The clip also featured Legendary playing in a wood-framed pit filled with raw beans; spending time with Tiesi’s mother Debra; and resting in his stroller. 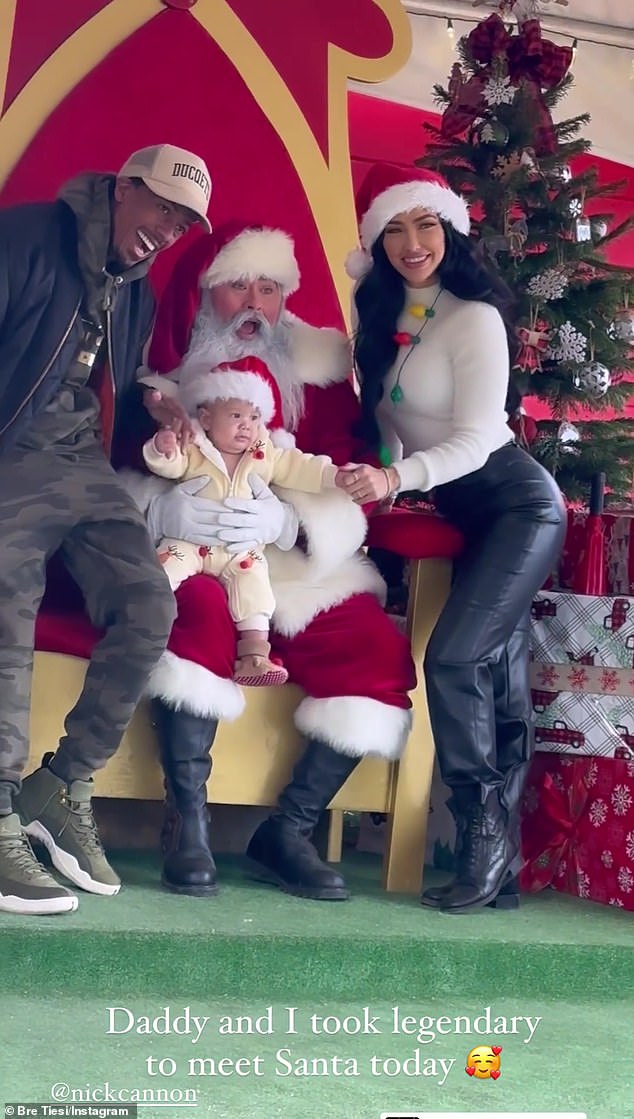 Tiesi, a native of Los Angeles, captioned the image ‘Daddy and I took Legendary to meet Santa today,’ as she shared a clip of a series of festivities for the forthcoming holiday 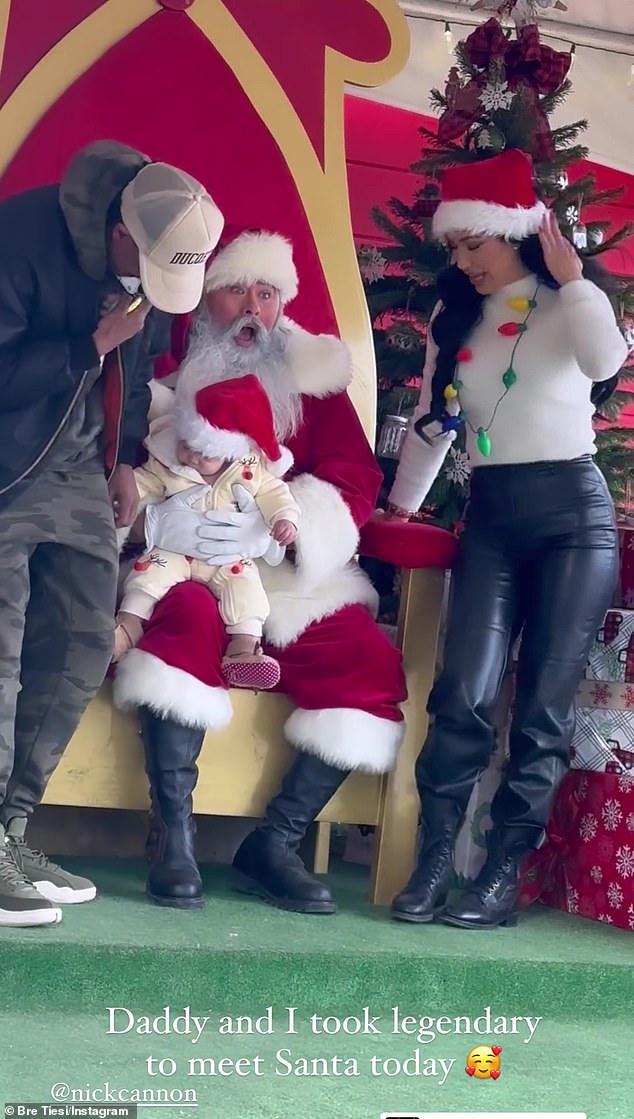 Cannon was also seen Saturday in a holiday Instagram post alongside Abby De La Rosa and their twin sons Zion and Zillion, one.

Cannon – who is expecting his 12th child with Alyssa Scott – last week opened up about balancing time between his children, while in an appearance on Paramount+’s The Checkup with Dr. Agus.

He said: ‘Being a father of multiple kids, it’s always the biggest guilt on me is that I don’t get to spend enough time with all my children. One, cause I’m constantly working and two, because I’m just spread thin.’

In a social media post last month, he alluded to his large family as he joked while donning a red Christmas sweater and a Santa cap. 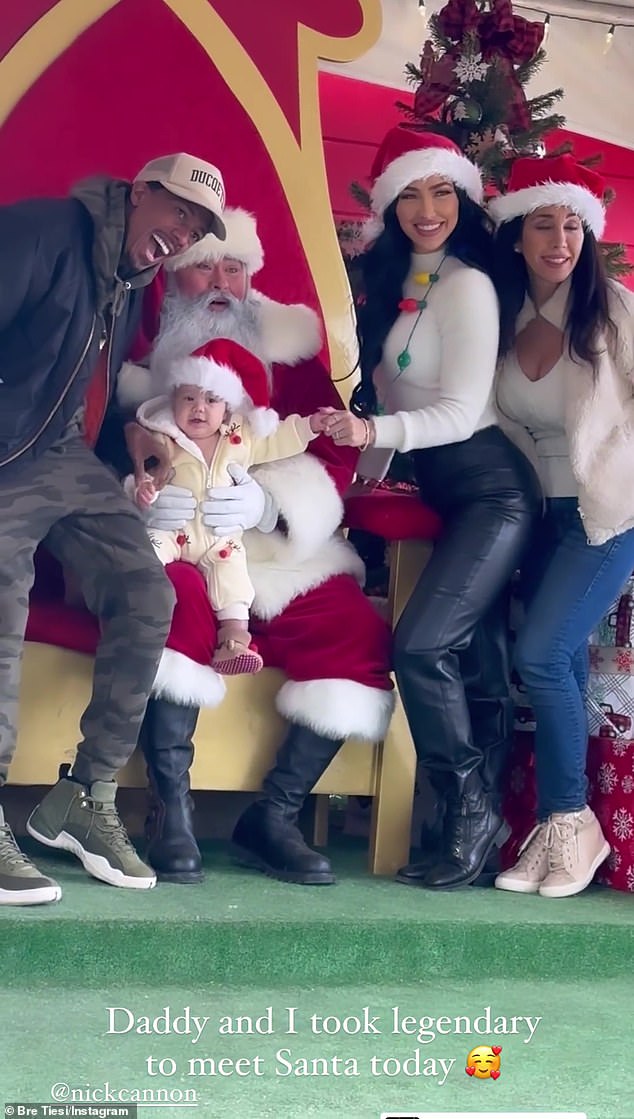 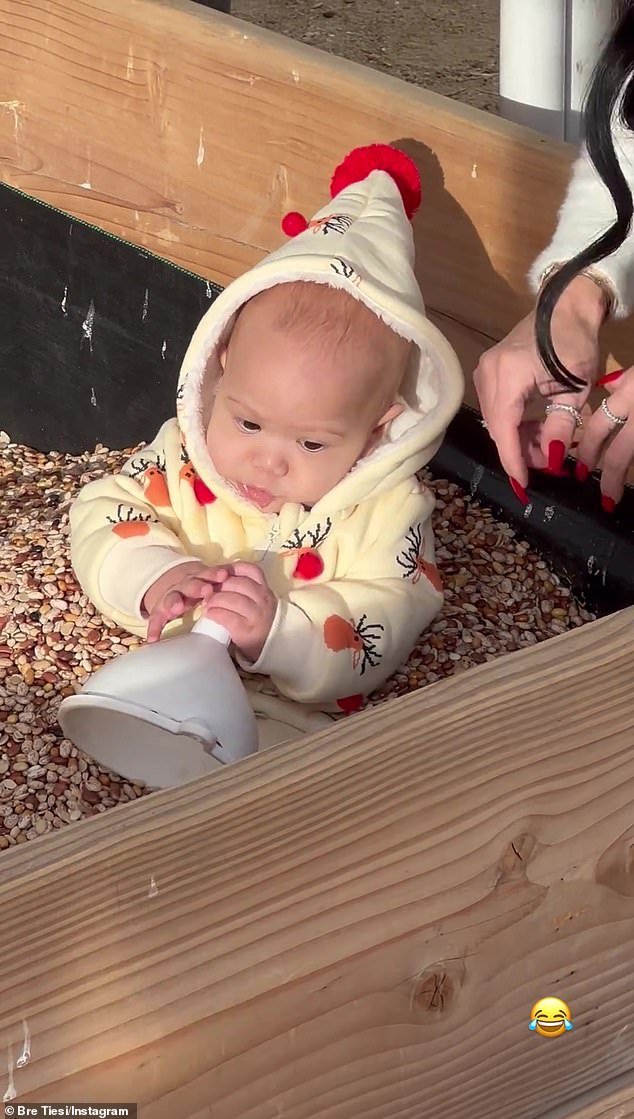 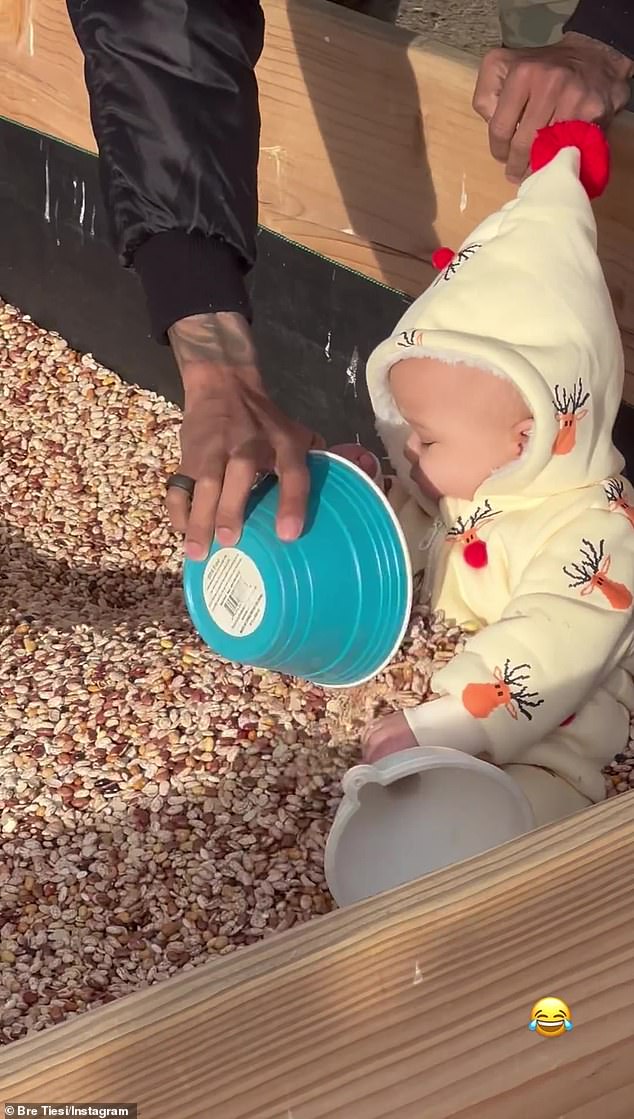 ‘It’s almost the holidays, and thanks to me, the world now has eight billion people!’ Cannon said. ‘But my job’s not done It’s time to do some online Christmas shopping, and based on the baby mama-to-kid ratio, we’ve got a whole helluva lot of gifts to buy – let’s go!’

Cannon and Scott are also parents to late son Zen, who tragically died at five-months-old from brain cancer a year ago.