Nick Clegg’s wife today said Labour must have known about shamed MP Jared O’Mara’s offensive comments before the election because she did.

Mr O’Mara was suspended by Labour after a slew of sexist, racist and homophobic remarks he made were exposed online.

Jeremy Corbyn has denied claims his party sat on a dossier of the allegations for a month and said they acted swiftly once the remarks surfaced.

But Miriam González Durántez, whose husband Mr Clegg lost his Sheffield Hallam seat to Mr O’Mara in the June election, said the comments were common knowledge among the political crowd.

She said Labour had ‘allowed a candidate to be presented as a progressive candidate when clearly he had deeply regressive views’. 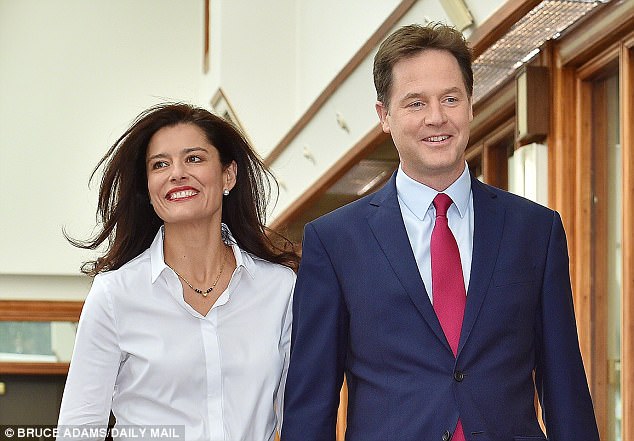 Nick Clegg, pictured with his wife, lost his Sheffield constituency to Mr O’Mara last June.  Many has bemoaned his loss of   the seat after lewd comments Mr O’Mara posted emerged online

She told ITV’s Peston on Sunday: ‘They knew before the election because my husband knew and even I knew.

‘The issue there is the hypocrisy of now claiming that no one knew about this. Even I knew, so of course Labour knew.’

She said her husband had ‘refused to run a campaign on those negative grounds’.

Meanwhile, several Labour frontbenchers close to  Mr Corbyn today signalled their support for Mr O’Mara to be permanently kicked out of the party.

Diane Abbott and Andrew Gwynne  both said the comments were totally unacceptable in a sign that the new MP has lost support of the party’s top brass. 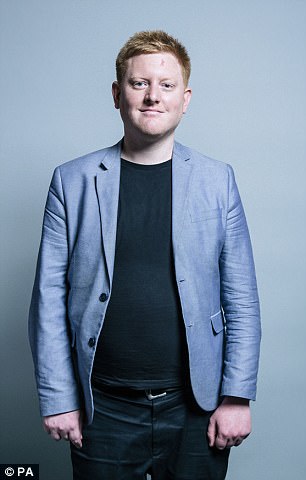 Mr O’Mara is facing a battle for his political career after a string of offensive and lewd comments he posted online were exposed.

He also said singer Michelle McManus had only won Pop Idol ‘because she was fat’, and suggested it would be funny if the jazz star Jamie Cullum were ‘sodomised with his own piano’.

And a woman he went on a date with said he called her an ‘ugly b****’ in March this year – just months before he was elected.

He told Sky News: ‘As part of the investigation we need to look at how the procedures for selection and the choice of Mr O’Mara were adhered to by the party.

‘That is part of the investigation because nobody holding those views in my view has a place in modern democracy.’

He added: ‘It’s all disgusting and I think we let the investigation take place and we let due process happen.’

While Ms Abbott also signalled her support for him to be kicked out permanently saying the language has no place in a modern party.

She told the BBC’s Andrew Marr Show:  ‘I cant judge because I’ve not seen the evidence, but what I would say is that language and that tone is unacceptable. The party has moved on.

‘When you have that sort of language….it demeans all women.’