He announced the news to the country on his show this morning, as the BBC revealed Greg James will take over.

The DJ’s decision to leave comes after the programme lost 600,000 listeners in the first quarter of 2018. 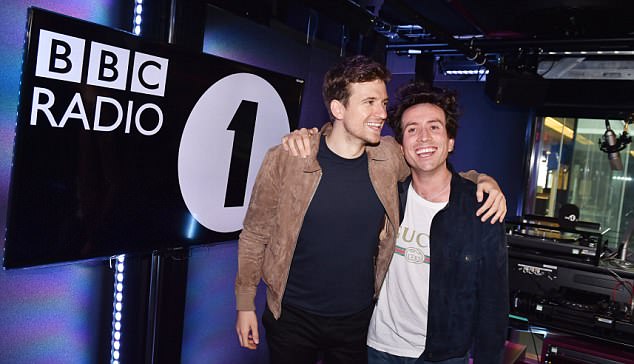 He announced the news to the country on his show this morning, as the BBC revealed Greg James will take over

He said: ”It was always my dream to do the breakfast show and I’m very grateful that I got to live my dream every day for what will be nearly six years.

‘But six years is a long time and this isn’t a forever job. I had the time of my life’

BBC Radio 1’s Twitter account wrote: ‘Don’t worry though guys, Grimmy may be stepping down from the Breakfast Show but he’s staying with the station and our friend and yours, Mr @gregjames will be waking you up every morning

‘Congratulations to both of you, we ❤️ you both!’

Grimshaw pulled in 5.1million listeners a week in the first three months of the year, compared with 5.7 million a week in the last quarter of 2017, according to the latest figures from audience research body Rajar.

The drop of 11 per cent is the second largest dip since he took over the breakfast show.

The biggest fall was between October and December 2012 and January and March 2013, when the audience fell by 14 per cent.

He will now host the Drivetime show for Radio 1 in a straight swap with Greg James.

James caused uproar with Taylor Swift fans this week after he told the singer she needed a shower. 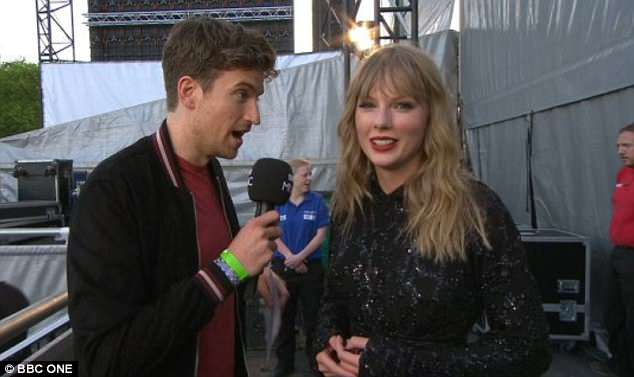 Awkward! Greg James (left) has been scolded by fans after jokingly telling the singer to ‘take a shower’ following her energetic performance in Swansea on Sunday night

Swift battled through humid conditions when she took to the stage at BBC’s Biggest Weekend on Sunday night.

And it didn’t go unnoticed by presenter James, who was scolded by fans after jokingly telling the singer to ‘take a shower’ following her energetic performance.

Taking her aside for a brief post-show interview at Swansea’s Singleton Park, the BBC host said: ‘I think you need to have a shower now,’ in an apparent reference to the muggy conditions.

Luckily the pop star managed to see the funny side, quipping: ‘I agree, I’m not offended, there’s a lot going on and almost none of it’s good.’ 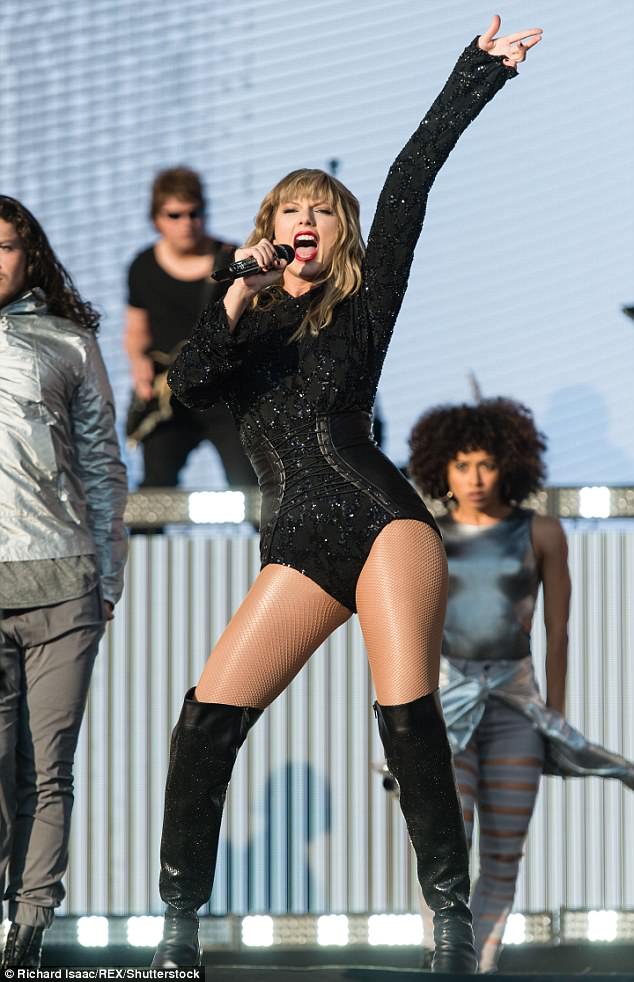 During her set on Sunday night Taylor, 28, wowed the 26,000-strong audience with a live performance of a string of hits from her 2017 album Reputation

But some fans were unimpressed by the jibe, with one tweeting: ‘Wait the interviewer told Taylor to take a shower??? wtf’.

Another wrote: ‘Really Greg James? The first interview Taylor has done in more than two years and you tell her she needs a shower?

‘Really where did your manners go? And you couldn’t have asked her a music question about her album? Is this journalism?’