Nick Kyrgios and outraged tennis fans have slammed an Australian Open reporter who asked a teenage player a ‘cruel’ question about her dead father.

Amanda Anisimova, 18, lost her first round match against world number 73 Zarina Diyas, but was asked about her late father during a post-game press conference.

When a reporter asked the American if she was feeling ‘unsettled’ since his death, she appeared visibly upset.

‘Do we really have to talk about this so fast after a match’, Anisimov responded, before bursting into tears.

Amanda Anisimova, 18, lost her first round but was asked about her late father during her post-match press conference

‘Things are still pretty tough but I was excited to play in the Australian Open as it’s my favourite grand slam.

‘I have good memories from it.’

But the journalist’s line of ‘heartless’ questioning angered a number of fans and players.

Kyrgios took to Twitter to air his frustrations at the reporter’s ‘cruel’ inquiry.

‘This makes me so mad. Have a heart and please feel, it’s not fair. Keep your head up Amanda,’ the tennis bad boy wrote.

Others called for the journalist to be banned from future tournament press conferences. 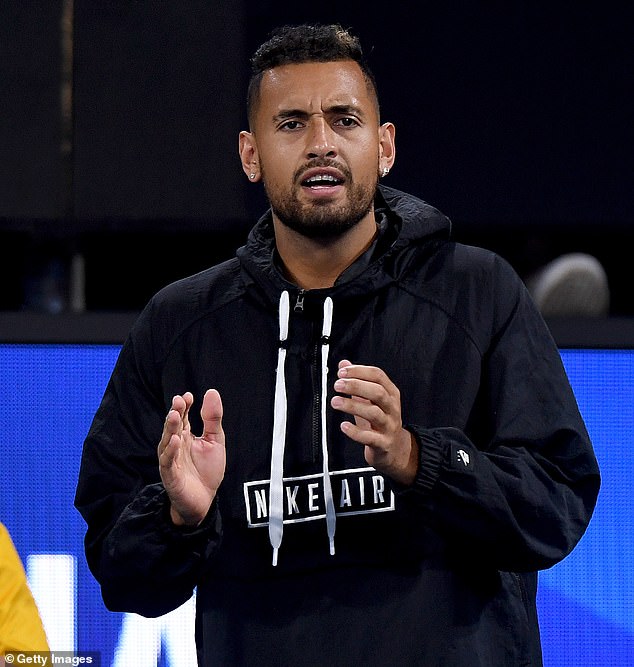 ‘Can the journalist be barred from press conferences? That was very low and in really bad taste!,’ a fan wrote.

‘Some of the questions that players are asked in presser are just os insensitive. Amanda deserved better than that,’ said another.

‘As a hopefully future journalist in tennis this kind of question is not something I’d ask. No matter their age but especially when 18yo as your [sic] still growing up & dealing with a loss like this at such a young age isn’t easy.’

‘Why so personal questions?. Is uncomfortable even for me. What a lack of respect for her and her family,’ another comment read.

Anisimova said her preparation had been hampered by a shoulder injury, which had restricted her training.

‘It’s very frustrating but it’s nice to get back to work and you only learn from days like this,’ she said.

‘I feel like I didn’t get enough preparation in as I was missing some practice days with a shoulder injury but it’s a bit better now and I’m just happy it’s not too serious and I can keep working.’

Anisimova is now working with Carlos Rodriguez, the long-time former mentor of Justine Henin who also lost a parent.

Their contract was due to expire after the Open but Anisimova said she hoped to continue the partnership.

Anisimova’s Open campaign isn’t completely over, with the American set to partner Nick Kyrgios in the mixed doubles. 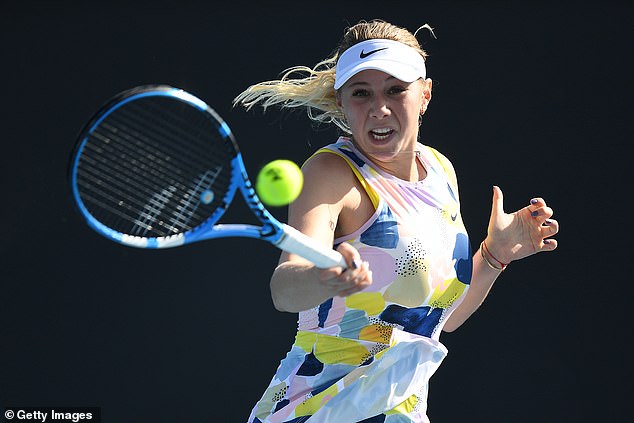 Anisimova’s Open campaign isn’t completely over, with the American set to partner Nick Kyrgios in the mixed doubles. Pictured at her first round singles loss against Zarina Diyas