Tennis bad boy Nick Kyrgios has opened up about his sizzling new romance with Costeen Hatzi.

During an interview on the Today show on Thursday, the 26-year-old sportsman praised the 21-year-old university graduate.

When asked by host Karl Stefanovic how their relationship was going, Nick said Costeen makes him ‘really, really happy’.

‘She makes me really, really happy. The vibes are always good there.’

He added of his support network at the Australian Open: ‘You know my team at the moment, I have never felt this clear. Mentally I feel so happy.’ 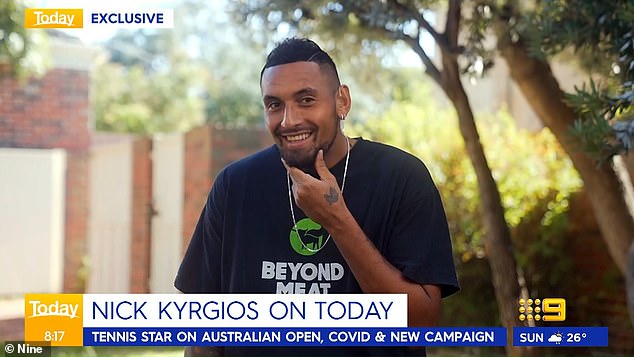 Positive vibes: ‘She makes me really, really happy. The vibes are always good there,’ he said

Costeen has been by Nick’s side in recent days as he plays at the Australian Open.

The former world No. 13 has shared several loved-up Instagram posts with the brunette since they debuted their romance last month.

He posed for a selfie with his ladylove on Monday, adding the caption: ‘We click. I got no doubts.’ 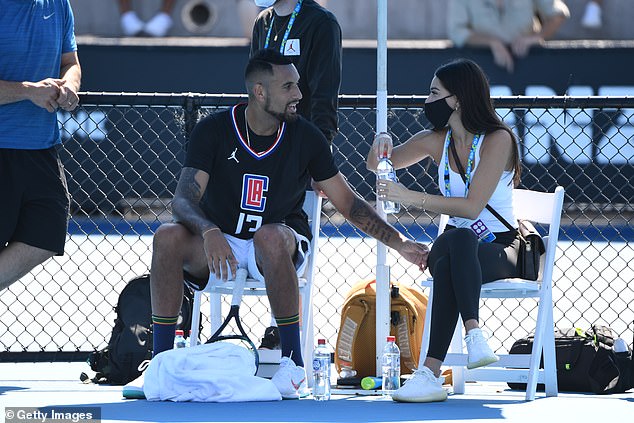 Support: Costeen has been right by Nick’s side in recent days as he plays at the Australian Open

He has also been showering Costeen with designer gifts and red roses.

The smitten tennis pro treated her to a $3,450 Louis Vuitton handbag recently.

The couple went Instagram official last month when Nick shared a photo of them cuddled up together.

‘I’m blessed,’ he wrote in the caption.

‘This is to the New Year and a chance for all of us to get it right,’ he added, hinting at his tumultuous split from ex Chiara Passari, which made headlines last year. 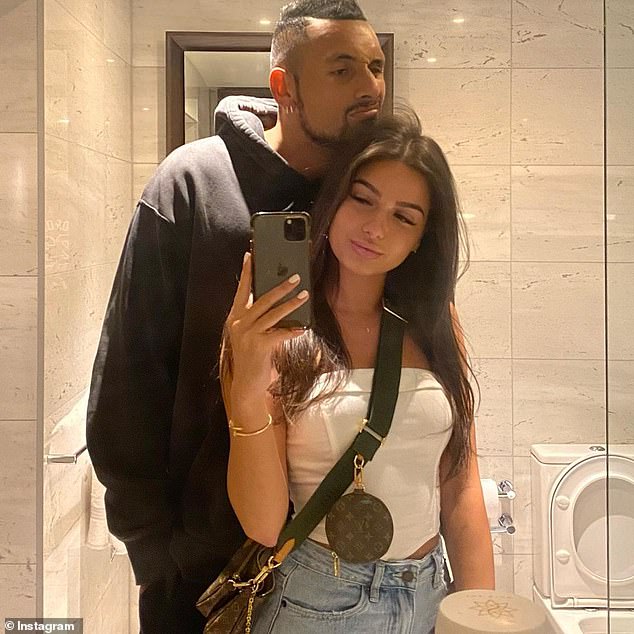 Official: Nick went Instagram official with the university graduate last month, sharing a photo of the couple cuddled up together