Kyrgios is a magnet for controversy and kicked off his Australian Open with fresh criticism after being spotted riding the streets of Melbourne on an e-scooter with girlfriend Costeen Hatzi, with neither of them wearing helmets.

Victorian laws on commercial e-scooters state that you must wear a helmet when operating the vehicle, which can reach speeds of 20km/h.

That regulation raised the hackles of former NBA No.1 draft pick and champion Bogut who regularly posts social commentary on his Twitter account.

‘Such a nanny state! Fine him for not taking his OWN safety seriously,’ he posted with a series of clown emojis. 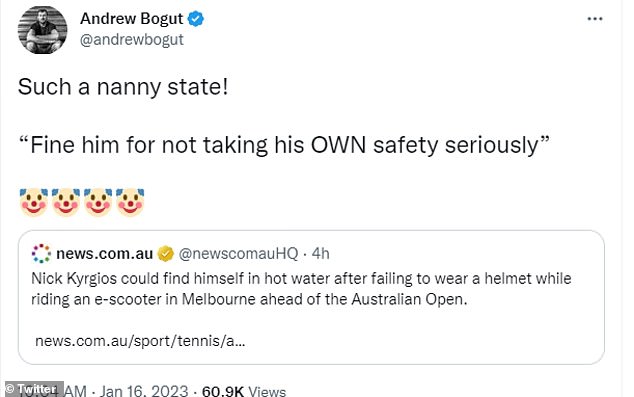 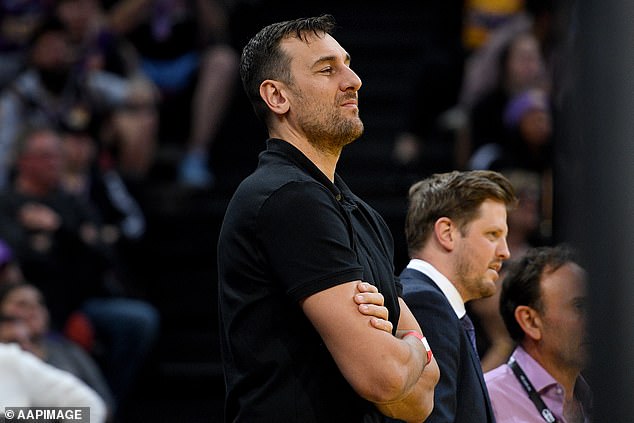 Kyrgios himself chimed in, replying: ‘nah it’s too much now’ with a series of laughing emojis.

One Victorian quickly fired back: ‘You get fined for not wearing a seat belt too, should we also be mad about that?’ 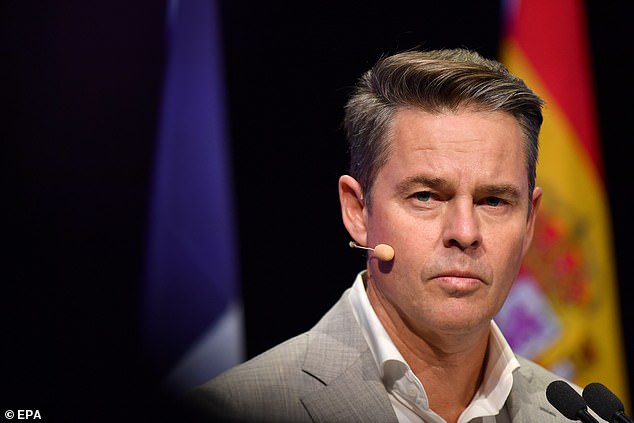 Bogut’s followers were divided about whether Kyrgios should be fined for his actions.

‘Hopefully @NickKyrgios makes up for this by wearing a stackhat walking onto court,’ one replied.

‘Seatbelt and helmet fines for over 18s are robbery and not about safety. people can decide for themselves,’ added another.

‘Melbourne is starting to suck in the worst way . Let’s be more like Vegas,’ said another.

‘No-one in Japan wears a helmet. No seat belts in the back seat of cars. Came back home recently and couldn’t believe what we have become. Most Aussies don’t see it because they are evolving with it. The old ‘She’ll be right’ now comes with a $200 fine,’ posted another. 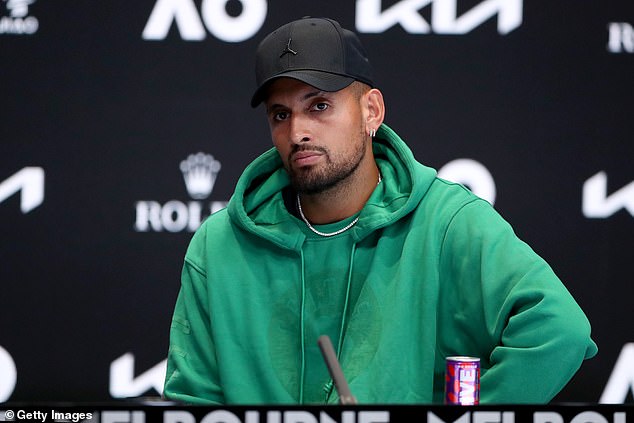 Nick Kyrgios of Australia speaks during a press conference during a practice session ahead of the 2023 Australian Open at Melbourne Park on January 14,

Others were quick to mention the ‘nanny state’ would have to pay for any medical expenses if Kyrgios was to crash.

Recent data from Monash University’s Victorian Injury Surveillance Unit shows that 427 people attended emergency departments in Victoria with injuries from e-scooters in 2021/22, a 234 per cent increase on the previous year.

‘But what about the emergency service people who need to attend to a fool. When they could be attend to really sick people. HIS safety HIS problem,’ one Twitter user replied. 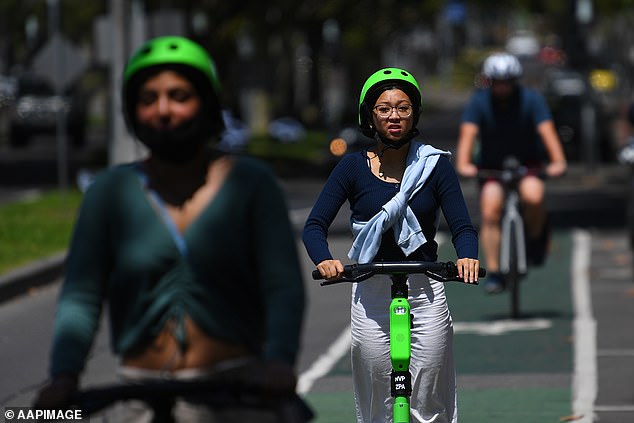 People are seen riding Lime electric assist scooters in Melbourne in 2022. Over 400 people attended emergency departments in Victorian hospitals after crashing the scooters

‘And when he falls off and gets a head injury which could have been avoided if he was wearing a helmet, who pays for his medical treatment? The same nanny state you are potting. Sometimes the nanny state is actually right,’ another posted.

‘How about the impact on hosp emergency rooms, docs & the medical system for head injuries sustained? ER visits have skyrocketed with the increased use of electric scooters. We wear seat belts for similar reasons in cars. Studies proved they saved lives, similar to bike helmets,’ said another.

‘He’s putting others lives in danger too. Disgrace,’ replied another.