Nick Kyrgios broke down in tears as he paid tribute to late NBA legend Kobe Bryant ahead of his Australian Open fourth round showdown against world number one Rafael Nadal.

The Australian world 23 made his grand entrance to Rod Laver Arena wearing an LA  Lakers jersey after Bryant tragically lost his life in a helicopter crash on Sunday.

He was seen fighting back tears entering the court.

The controversial tennis star will join fellow Australian Ash Barty in the quarter finals if he can pull off an stunning upset to make it four wins from eight outings against Nadal.

Kyrgios looked focused during his pre-match practice session in front of a huge crowd before signing autographs for fans.

The last time Australia had both a man and a woman in the quarter-finals at Melbourne Park was Lleyton Hewitt and Alicia Molik back in in 2005.

Hewitt went on to lose an epic final against Russian Marat Safin, while Molik went no further as she suffered a nail-biting defeat to US champion Lindsay Davenport.

The winner of the Kyrgios-Nadal blockbluster will book a quarter final clash with  Austrian fifth seed Dominic Thiem, who won in straight sets against Frenchman Gael Monfils. 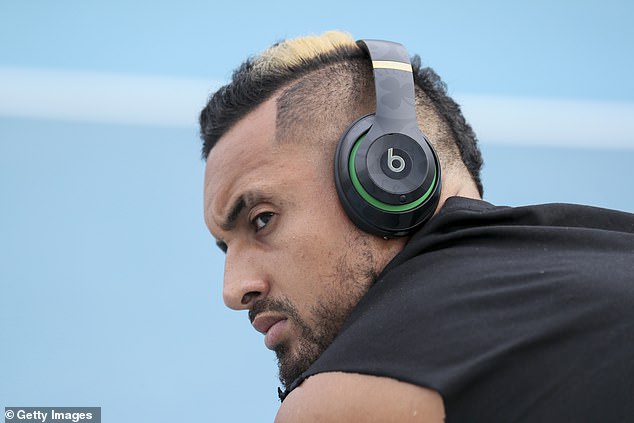 Kyrgios and Nadal are fierce rivals both on and off the court.

Despite their off-court feud, Kyrgios has the utmost professional respect for the 19-times grand slam champion.

‘I mean, (despite) what happens between us, he is an amazing player. He is arguably the greatest of all time,’ he said. 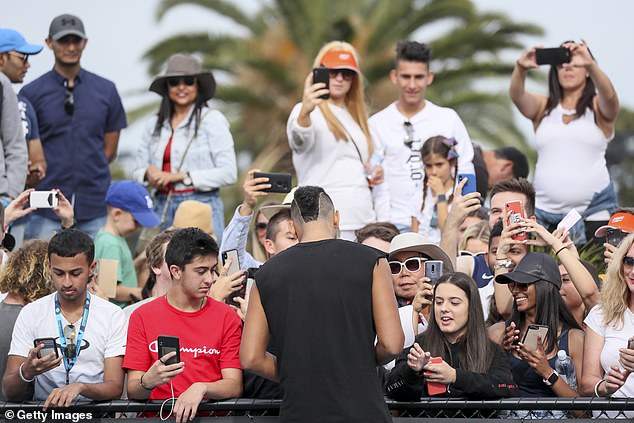