NICK ROBINSON: From James Bond to vaccines our island can remain a global force

Can we be ‘Global Britain’? Is that characteristically upbeat yet vague phrase of Boris Johnson’s more than a slogan? We are about to find out.

You may not be able to enjoy a hassle-free holiday on the beaches of France, Italy or America. You might not be allowed to book a trip to Canada, Germany or Japan.

Nevertheless the leaders of those countries are coming here for a long weekend at the seaside in Cornwall.

The Carbis Bay Hotel is welcoming two presidents and four prime ministers for a meeting of the world’s most exclusive club – the G7 summit. Their hosts – Mr and the new Mrs Johnson – will try to convince them that Britain is and can still be a big player on the world stage.

I’ve been covering these summits for many years and have been examining our place in the world for a new BBC series Small Island Or Global Britain? and I found that we have plenty of reasons to be optimistic.

Best of British: Daniel Craig is seen above as Bond in No Time To Die. One-quarter of global box office receipts are driven by UK-made films – talk about punching above our weight

Yes, we inhabit a relatively small island but we have the diplomatic, economic, military and ‘soft power’ which is still the envy of the world.

A few years back at another global summit, I broke the news to David Cameron that the Kremlin had just dismissed Britain as ‘a small island no one pays attention to’.

It wasn’t true then and it isn’t true now.

We are still seated firmly at the globe’s top table – not just as a member of the G7 but also as one of the five permanent members of the UN Security Council.

We are a leading member of Nato, the Commonwealth and the Five Eyes intelligence- sharing network.

Britain finds itself very much in what the musical Hamilton so memorably describes as ‘the room where it happens’.

That matters not just for national prestige or the ego of our national leaders.

We are there in part because of Britain’s hard power – what remains of it. Boris Johnson likes to say that we are on a voyage to a new destination as a country.

In the lead – he points to – HMS Queen Elizabeth – one of Britain’s two vast new aircraft carriers – which has just set out on her maiden deployment. 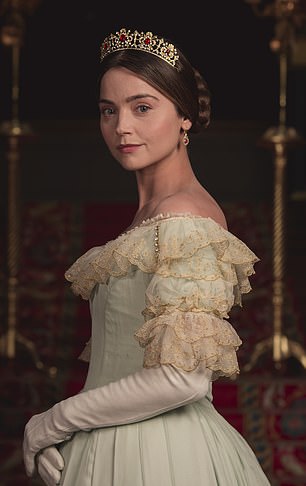 Jenna Coleman is pictured above as Victoria in the ITV drama

Longer than the Houses of Parliament, capable of fitting three football pitches end to end, she is a vast floating airstrip but she is meant to be something else as well – proof that we are and intend to remain a first-rank military power.

When I went on board recently Commodore Steve Moorhouse, who is in command of the nine-ship carrier strike group, told me that he couldn’t think of any better illustration of Global Britain.

The route he has plotted is intended to do just that – taking in the Mediterranean, the Middle East and, crucially, the South China Sea.

Our soft power is probably even more important than our military hardware. It is a measure of how attractive or magnetic we are as a country.

A few years back I remember watching a long queue of wealthy Chinese businessmen inside the Shanghai Exhibition Centre waiting to have their photograph taken with a visitor from Britain.

It was not the Prime Minister they wanted to see. They were queueing to be photographed with a three-and-a-half-foot silver cup – the Premier League trophy.

Love football or loathe it, there is no denying its global reach. In normal times, the Premier League adds more than £7.5billion a year to the value of the British economy.

More than half of the world’s population is interested in the Premier League. In Indonesia, a greater population of adults support a top-flight British club than they do in this country.

The Premier League is the world’s premier league for a reason. It’s not just history, though we invented the game; or geography, although our time zone certainly helps; or even our language, as you don’t need to speak English to play or watch the beautiful game.

It is because Britain is open to foreign talent and money, our sport is free from corruption and our courts are respected the world over.

What’s more, we sure are global when it comes to popular culture. James Bond is one of the biggest movie franchises in the world. One-quarter of global box office receipts are driven by UK-made films – talk about punching above our weight.

One in eight music albums sold around the world is by a UK artist, the appeal of our TV shows crosses continents and oceans.

You might not think that a story about British midwives delivering babies in the post-war East End would have much global appeal. You’d be wrong, as the BBC’s Call The Midwife has been sold in over 200 territories and has regularly been in the top ten most viewed programmes on American television. 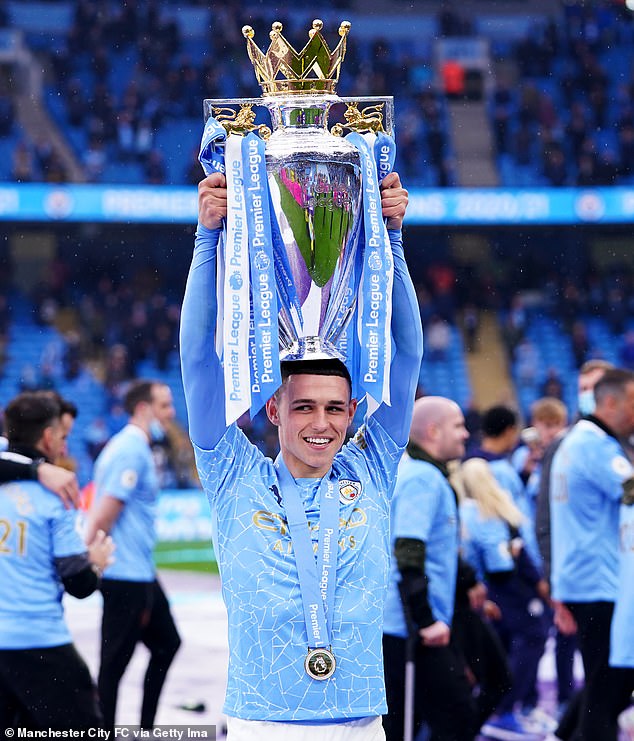 Love football or loathe it, there is no denying its global reach. In normal times, the Premier League adds more than £7.5billion a year to the value of the British economy

And yes, allow me to add that, despite its recent travails, the BBC remains the world’s most trusted international news network.

In the end, of course, what matters to your global status is the size of your economy.

Our formidable vaccine programme might offer a blueprint for how Britain can trade. Kate Bingham, the star of Britain’s vaccine procurement programme, believes that the key to her success was the combination of world- class universities, the skills of the financiers in the City of London, a government prepared to invest and fast, flexible regulation.

These are all potential advantages for this global trading nation now we are outside the EU.

Incidentally, Bingham is not claiming that Britain’s vaccine success depended on Brexit.

Indeed, she’s a Remainer who says she could have done what she did even if Britain had still been a member of the European club. However, she and the Vaccine Taskforce chose to operate on their own and the results speak for themselves.

In a poll we commissioned for my new series it was striking that older people and those who’d voted Leave were much more likely to believe that Britain could punch above her weight than younger folk and those who voted Remain, many of whom believe we should stop pretending we are an important power.

However, those old Brexit divisions don’t have to dictate your view of Britain’s future. Former Danish prime minister Helle Thorning-Schmidt, married to the Labour MP Stephen Kinnock, is firmly anti-Brexit.

Nevertheless, she told me: ‘I live in the UK, I’m Danish and I love Britain. I don’t think Britain should give up being a great nation.’

When I asked her whether the UK was a small island or Global Britain she replied: ‘Global Britain with all my hope and all my heart – but there’s some work to be done.’

That ‘but’ matters. Boris Johnson needs not just to make new friends – with the leaders of Australia, India and South Korea – who are also due to visit Britain this week. He needs to repair old friendships in Europe and with a US president who saw Brexit as a historic error.

In the next decade we will face new challenges to our global status. As other countries get richer they become more frustrated at being excluded from the room where it happens.

India and Brazil want their own seats on the UN Security Council. If they ever get them, Germany and Japan will want the same.

One influential figure in Whitehall told me recently that we were only ‘just about clinging to our place’ at the global top table.

Our new military hardware may look impressive but take a closer look at HMS Queen Elizabeth and you’ll notice that more than half of the F-35 jets on board for this first maiden deployment are American not British.

She is being accompanied by ships from the US and Dutch navies. The Royal Navy lacks the surface ships needed to operate alone.

Planned cuts to the Army mean that it will soon be no bigger than the US special forces on their own. Our American allies worry that continuing cuts to the British Army will mean that in future we may not be able to contribute effectively to coalitions like that which took on the Taliban.

Our popular culture is under pressure to become less British and more global as we increasingly go to the same places to consume our media – Netflix and Amazon, Apple and Disney, Facebook and YouTube.

We cannot, therefore, take the future for granted. Britain will have to use all its diplomatic power, its creativity, entrepreneurship and innovative skills to retain our status in the world.

On the international stage our leaders will have to show we are now committed to making alliances – not breaking them – and will stick to promises.

We will need to use our diplomatic strengths and our membership of all those global clubs to show that, in the words of the Government’s recent review of our place in the world, we are problem solvers – when the world needs to find answers to the pandemic, recovering from it, climate change and the threat of a newly assertive and authoritarian China.

We have spent the past five years – arguably the past half-century – agonising over whether we belong inside or outside the European club. That debate is now settled.

Next week we must start to define our new place in the world, confident that we still have so much to offer and so much to gain by staying engaged with the world.

Yet we must never be complacent and delude ourselves that history, self-belief and optimism will be enough on their own for us to make that phrase ‘Global Britain’ real.

Small Island Or Global Britain? starts today at 1.45pm on BBC Radio 4 – and can be downloaded afterwards on BBC Sounds