Scottish violin sensation Nicola Benedetti is to be a late replacement for a star performance at The Last Night Of The Proms.

German-based Georgian violinist Lisa Batiashvili was due to perform a key piece on the final night on Saturday.

But BBC Proms said on Wednesday that it was sorry to announce that she is no longer able to appear due to illness.

Scottish violin sensation Nicola Benedetti has stepped in at the last minute to star in Last Night Of The Proms after Georgian violinist Lisa Batiashvili had to pull out due to illness. Nicola is pictured performing at the Grammy Awards in January

The annual event has been at the centre of a row over the singing of patriotic anthems.

The BBC U-turned on its decision to perform Rule Britannia and Land of Hope and Glory witout singing at Saturday’s event.

The reverse followed fierce criticism sparked by reports that the lyrics had been dropped due to their claimed associations with colonialism and slavery.

A ‘select’ group of singers  are now lined up to perform the songs. 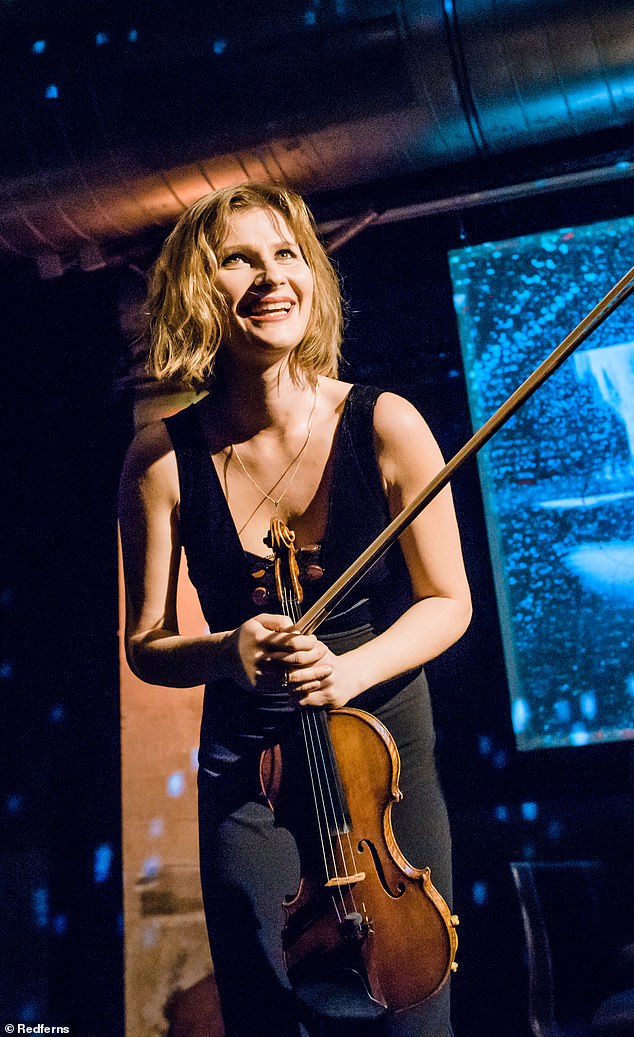 She took to Twitter to say: ‘@bbcproms is a phenomenon celebrated around the world, & it will be my honour to perform at the Last Night for the second time. Music can provide solace, and an opportunity to reflect and confront. I hope to communicate at least some of this for people during this difficult time.’ 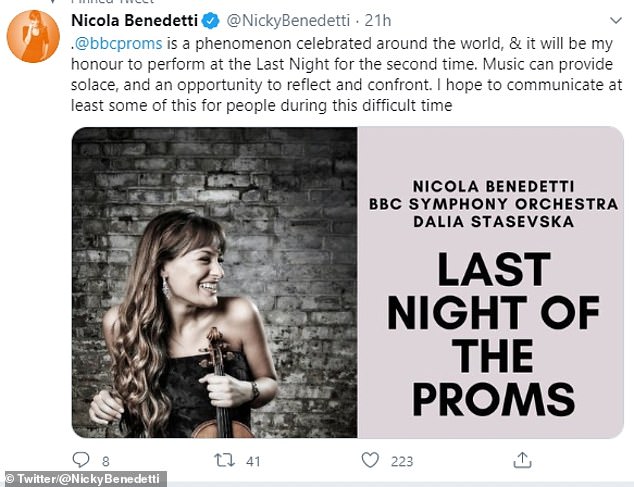 The Lark Ascending has topped the Classic FM Hall of Fame nine times, claiming the top spot once again in 2019.

The composer termed the piece a ‘pastoral romance for orchestra’. It is full of the folk melodies that the composer loved to collect, with those singing violin lines, mingling with the sounds of the earth before breaking free, rising to ever loftier heights.

The mood is deeply nostalgic, and his writing evokes the glorious image of the rolling British countryside.

Recently Benedetti revealed the trauma of her teenage musical breakthrough.

Aged just eight, she became the leader of the National Children’s Orchestra of Great Britain, a stash of awards followed and at 16, Benedetti won the BBC Young Musician of the Year.

But speaking to fashion guru Susannah Constantine for a podcast, Benedetti said the pressure had been hard to accept at first. 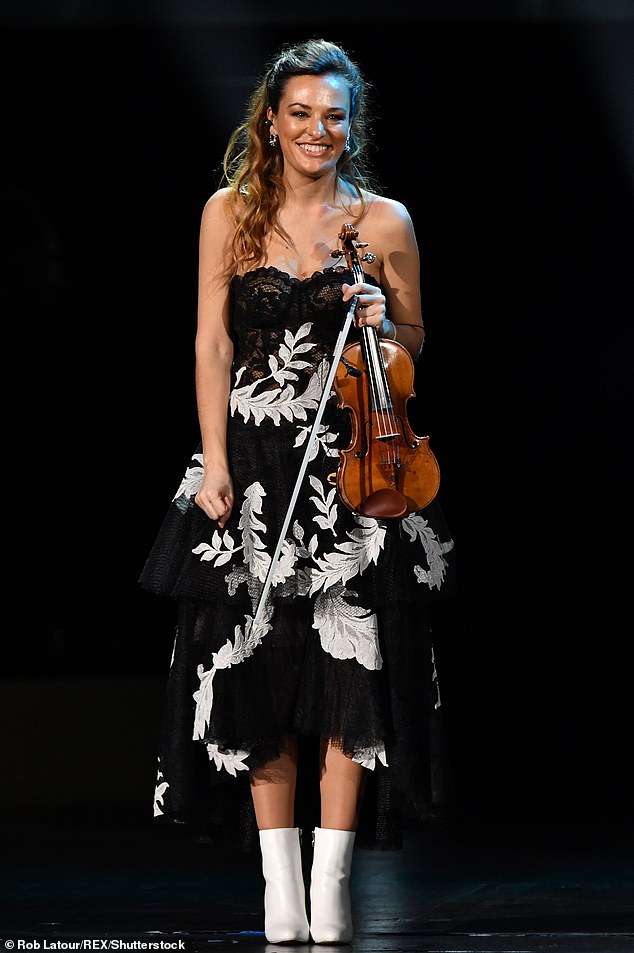 Ayrshire-born Benedetti admitted that she had found being thrust into the public eye at the age of 16 difficult.

‘I felt like I was, you know, being looked at through a magnifying glass,’ she said.

‘I was suddenly hyper aware of everything. There was a strange combination of you were sort of being celebrated, but I was criticised so much in those first couple of years – people saying that I wasn’t ready and that I was way over publicised and all this kind of stuff.

‘It wasn’t like I didn’t have very regular, very real reality checks, but it’s so imbalanced. You are in a position, of like, scrutiny past what you really either deserve or can really can cope with at that age.’

She added: ‘If I had a bad concert I was depressed. Yeah, if I had a good one I felt like I was worth something. And like everything else was sort of insignificant and I was just sort of being pushed and pulled in this weird wave that went up and down and round about.’

If she was ‘playing well or not’ and the ‘relationships to people around me….actually determined my happiness of sadness’.

Benedetti, 33, is a keen advocate and champion of musical education.

She launched her own foundation last year to step up the number of workshops and master classes she is involved with, and also branched out into online classes.

When the music industry went into lockdown, she began planning a three-week programme of tutorials, workshops and talks for musicians and teachers of all ages.

More than 7,000 people from 66 countries signed up to take part directly in Zoom sessions, while the overall audience for the 200 videos posted on social media topped 670,000.

In May 2017, she was presented with the Queen’s Medal for Music, the youngest of the twelve people to receive the award since it was established in 2005.

She was made a Commander of the Order of the British Empire (CBE) in the 2019 New Year Honours, ‘For services to Music’.

She has just released a top selling new album – Elgar.