British holidaymakers voiced fury at the timing of the France quarantine move today amid claims Nicola Sturgeon demanded the cut-off was brought forward.

The new rules on isolating for 14 days will take effect for anyone who arrives in the UK from 4am tomorrow, sparking a desperate stamped to get home by thousands of British holidaymakers.

But sources said the Scottish government insisted that the deadline was earlier after UK ministers initially mooted 4am on Sunday.

Mr Shapps fuelled the chaos last night when he announced the dramatic step, but suggested it would only apply to people who ‘come back from Sunday’.

The Department for Transport then clarified that in fact the restrictions come into force from 4am tomorrow.

The news also broke hours later than expected, and following signals during the day that France might escape being struck off the list of ‘safe’ countries. 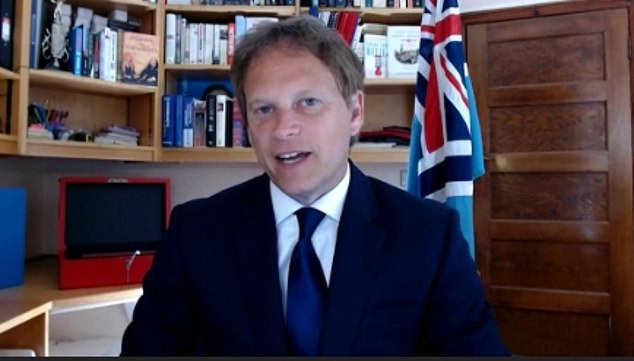 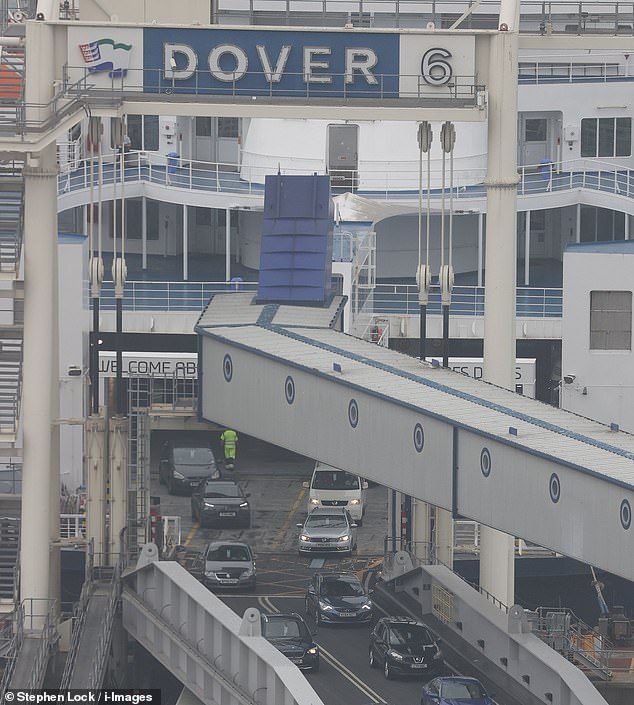 Government sources insisted the delays were down to the latest figures fro France emerging late in the day, and the quarantine changes then needing to be signed off by the devolved institutions.

They said the isolation had to be introduced on a series of countries including France, the Netherlands and Malta after the seven-day count of cases per 100,000 population rose above 20.

At the daily briefing in Edinburgh today, Ms Sturgeon insisted it had been ‘imperative’ to act as quickly as possible.

‘Where we have a situation where we think a situation in a particular country has deteriorated we cannot hang around before we impose quarantine,’ she said.

‘There is a real imperative to act as quickly as possible.’

Ms Sturgeon said people across the UK should ‘think very carefully’ before booking holidays as the rules can change abruptly.

Scottish minister Humza Yousaf added that there was a call with the four UK nations at 9pm, and the changes were announced as soon as possible after that – stressing that they were often reliant on when other countries published new figures.

Air fares are more than six times higher than normal for flights from Paris to London today, with the cheapest British Airways tickets being sold for £452.

Travellers trying to return from France on Friday to avoid the quarantine restrictions face paying hundreds of pounds.

Flights: Air fares are more than six times higher than normal from Paris to London today. The cheapest British Airways tickets are £452.

Flight booking website Skyscanner suggested there were no direct flights from Biarritz to London.

The cheapest option it offered was to take one flight to Paris, another to Belfast and a third arriving at London Stansted shortly before midnight, at a total cost of £284.

Eurostar: Cheapest ticket on train from Paris to London is £210, compared with £165 on Saturday, a rise up almost 30 per cent.

Ferries: P&O Ferries has limited availability, but one person travelling with a car from Calais to Dover can buy a ticket for £200.

Eurotunnel: The cost of taking a car through the Channel Tunnel on Eurotunnel Le Shuttle services on Friday morning is £260. All trains after midday are fully booked.

The cheapest ticket on a Eurostar train from Paris to London is £210, compared with £165 on Saturday, a rise up almost 30 per cent.

The cost of taking a car through the Channel Tunnel on Eurotunnel Le Shuttle services on Friday morning is £260. All trains after midday are fully booked.

P&O Ferries has limited availability, but one person travelling with a car from Calais to Dover can buy a ticket for £200.

In more bad news for British holidaymakers, it has been suggested Greece could soon be added to the quarantine list, after a spike in its infection rate, with a record 235 cases recorded on August 12. Daily new cases in the country were in the 30s towards the end of July.

Mr Shapps insisted the Government had taken ‘a practical approach’ to the new restrictions.

However, the move was criticised by France’s secretary of state for European affairs, who said it would lead to ‘reciprocal measures’ across the Channel.

Clement Beaune tweeted: ‘A British decision which we regret and which will lead to reciprocal measures, all in hoping for a return for normal as soon as possible.’

Travellers returning to Britain from France today told of their scramble home to avoid having to quarantine.

Student Yasmine Sellay, 24, from Wimbledon, South London, was among a packed Eurostar train that arrived at St Pancras station from Paris this morning.

She said: ‘I wanted to get home before the restrictions are enforced. ‘I didn’t know that France had been added to the UK quarantine list until last night and as I don’t want to isolate for a fortnight I came home today.

‘I’d been in Paris for a month and a half because it’s where I’m originally from and I was visiting family and friends. 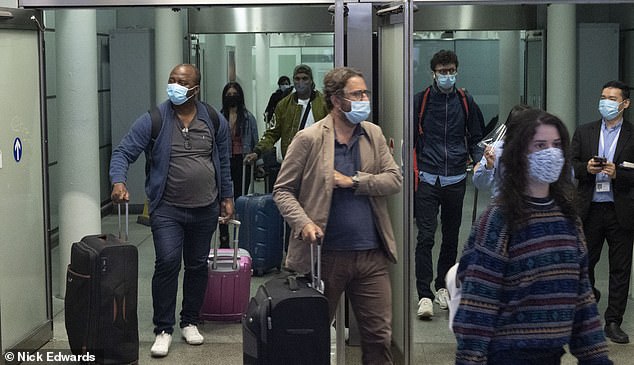 Pictured: Passengers arrive at St Pancras International Station from Paris today after it was announced Britons returning from France would have to isolate for 14 days from Saturday