Nicola Sturgeon tonight warned Ed Miliband he will not be able to pass a Labour Budget unless he agrees to SNP demands – despite the Labour leader’s claim that he would not do any deals.

The Scottish First Minister talked up her chances of being Westminster’s king-maker following next week’s election, with polls still pointing to another hung parliament.

Mr Miliband tonight ruled out a formal deal with the resurgent Nationalists, but a vote-by-vote arrangement remains on the table.

The SNP wants to end the Tory-Lib Dem austerity programme and delay plans to balance Britain’s books by spending an extra £140billion over the lifetime of the next parliament.

Miss Sturgeon believes the coalition’s fixed term parliaments legislation will strengthen the SNP’s hand. It means general elections are held on a fixed timetable every five and makes it much harder for an election to happen at other times.

Two-thirds of MPs now have to back an earlier election, and governments can lose votes on Budgets, Queen’s Speeches and other key legislation without it being seen as a vote of no confidence and triggering an election.

‘[Mr Miliband] will not be able to get policies through without winning support from other parties,’ she said last night in a Question Time-style programme on BBC Scotland.

‘He won’t get his Budget through unless he compromises.’ 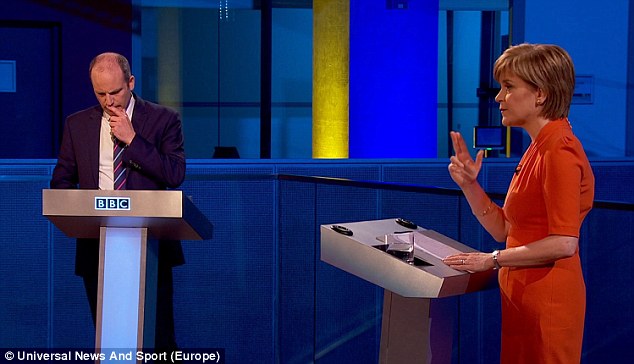 The Scottish First Minister talked up her chances of being Westminster’s king-maker following next week’s election, with polls still pointing to another hung parliament

Ms Sturgeon’s remarks come after the former home secretary David Blunkett admitted that Labour could not win a majority because of the SNP surge in Scotland.

He said: ‘We have a situation where Labour could win literally scores of seats in England and Wales and see themselves unable to offer a majority Labour government because of what’s happened in just one part of the United Kingdom.’

Mr Miliband tonight insisted he would not do any deals with the SNP – and claimed he would rather not form a government than team up with Ms Sturgeon’s party.

The Labour leader’s hopes of outright victory on May 7 have been shattered by an extraordinary surge in support for the SNP since the referendum in September saw Scots reject independence. 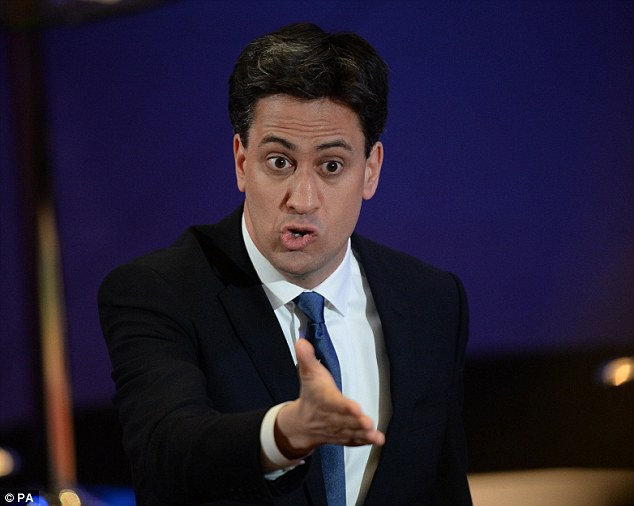 Labour leader Ed Miliband, speaking in tonight’s special BBC Question Time, said he would rather not be Prime Minister than make a deal with the SNP 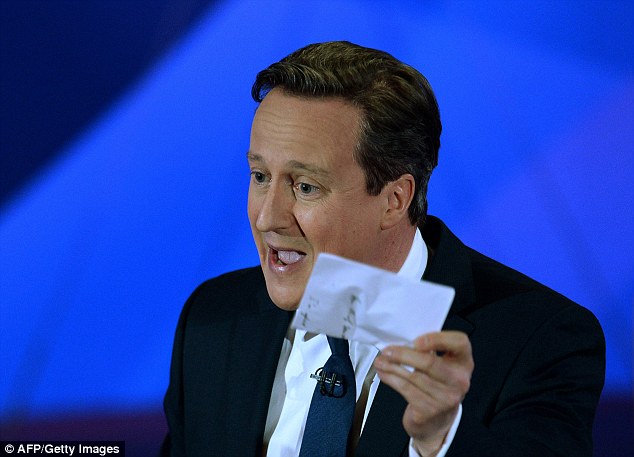 David Cameron, appearing on the special BBC programme first, said he only needed 23 seats to win a majority

Ms Sturgeon, who replaced Alex Salmond after the No vote, has vowed to use her gains in the election to ‘lock’ the Tories out of power and prop up a Labour administration.

An Ipsos Mori poll for STV News found support for the nationalists at 54 per cent while Scottish Labour had slipped to 20 .

Mr Miliband sought to dismiss the idea that he would be propped up by the We are not going to do a deal with the Scottish National Party.

‘If it meant we would not be in government. then so be it. I’m not going to give in to SNP demands – whether that is on Trident or on the deficit. We do want to put forward a Labour Queen’s speech.’

But Ms Sturgeon said: ‘If we have a big team of SNP MPs we can exercise real clout on behalf of Scotland, but we can also build alliances with others in other parts of the UK to get more progressive policies because I think Westminster up for everybody.’

She In the House of Commons now… you can defeat governments, you can change the direction of governments without bringing governments down.

‘Now I know that David Cameron and Ed Miliband are clinging to the pretence that one of the other of them is going to get a majority, but all the polls say – and everybody else knows – they’re not.

‘And after the votes are counted, they’re frankly going to have to wake up and smell the coffee and respect the outcome of the election.’ 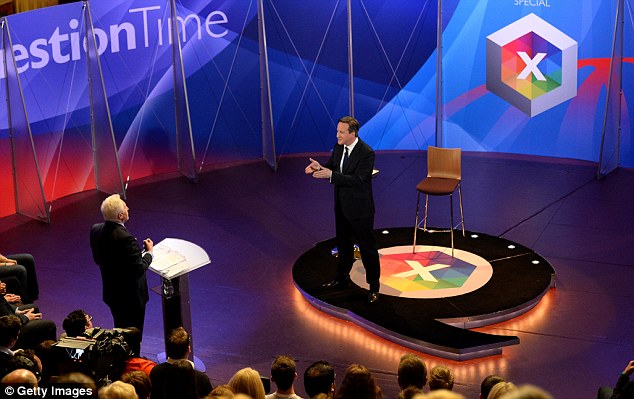 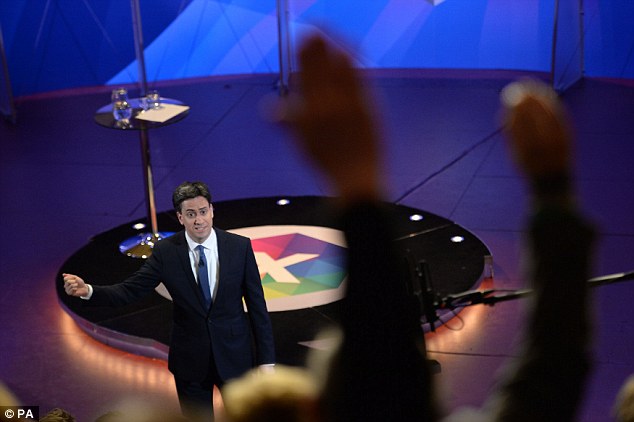 The SNP has declared it will never support the Conservatives in a hung but is ready to do a deal with Labour, even if it finishes in second place. It would be the first time since 1924 that a second-placed party had formed a government.

Earlier this month, secret video footage of Mr Salmond raised new fears about the Nationalists holding the balance of power at Westminster after May 7.

At a fundraising event in the Highlands filmed on April 13, Mr Salmond, who is bidding to return to the Commons, is heard mocking Labour after Chuka Umunna, Shadow Business Secretary, had slapped down Scottish Labour leader Jim Murphy and said: ‘The leader of the Scottish Labour party will not be in charge of the UK budget.’

Mr Salmond joked to the audience: ‘But then I knew that already, because I’m writing the Labour party budget.’

Mr MIliband has insisted Labour will be writing its own Budget.