The new season of dating show Married At First Sight kicks off on Sunday, with a whole new crop of hopefuls walking down the aisle.

But previous contestant Nicole Heir, who took part in season three, has some strong words of warning for the incoming brides and grooms.

‘Run!’ Nicole wrote over a promo for the Channel Nine show, continuing: ‘Oh no! Not again.’

The blonde was  paired with ‘husband’ Craig Keller in 2016 and later spoke out about how she felt ‘unsafe’ with the match.

In March last year, the  Gold Coast-based teacher claimed former Navy engineer Craig was ‘disrespectful and abusive’ to members of the production staff after drinking heavily and taking pain relief medication he had been prescribed.

At the time, Craig strongly denied the allegations in a lengthy Instagram post, describing them as ‘straight up lies from someone who can’t move on with their unhappy life.’ 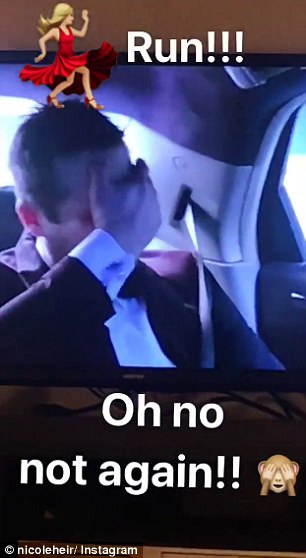 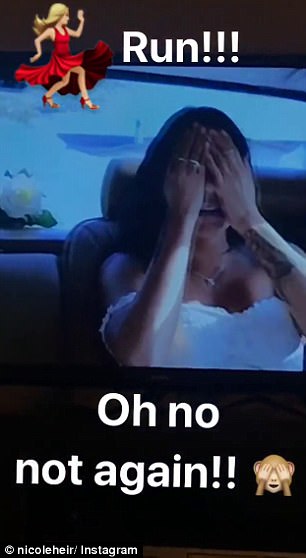 ‘Run! Oh no! Not again’: Nicole wrote her very blunt words of warning over footage of the new Married At First Sight promo

Meanwhile, speaking of an incident in series three in 2016 when Craig apparently arrived home drunk at 3am after a night partying, Nicole alleged the truth was much worse than what aired on television.

Nicole previously told News Corp he did not feel safe around Craig afterwards and spent the weekend at a friend’s house.

‘He was off work on compo (workers’ compensation) so he’d been taking strong pain relief… with alcohol and no sleep,’ Nicole continued.

‘I came home from work and the house was a pigsty, there was smashed glass… he’d been drinking all day.’ 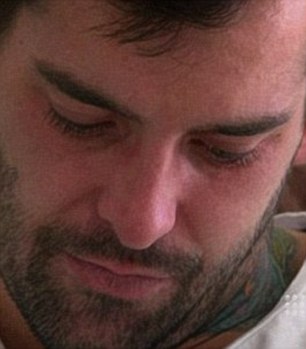 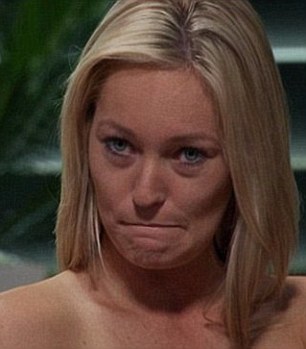 In March last year, the Gold Coast-based teacher claimed former Navy engineer Craig was ‘disrespectful and abusive’ to members of the production staff after drinking heavily and taking pain relief medication he had been prescribed

As a result of Craig’s behaviour, Nicole said she asked to producers to cancel a pre-planned dinner party for his friends because he was ‘not well’, which they did, but also claimed producers asked her to downplay his drinking.

Craig denied Nicole’s claims about his drinking and that dinner party plans had been cancelled as a result of his alleged behaviour. Instead, he said it was simply a personality clash between the former reality TV couple.

‘Nicole and her friends were a bit more “upper class” than I am and they sort of looked down on us, and my mates didn’t want a bar of it,’ he said. ‘They were disgusted.’ 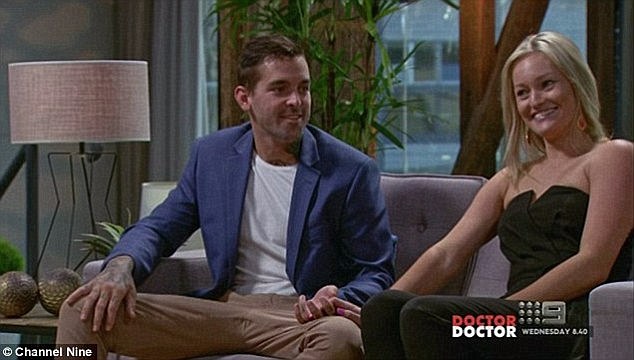 What really happened? Craig strongly denied Nicole’s accusations in a lengthy Instagram post and instead said they had a personality clash