A mother who severed her spinal cord following a freak stair fall has revealed she lost the will to live after waking up a quadriplegic.

Perth woman Nicole Johnston, 49, slipped down the stairs at her family home while holding her pet dog and broke two vertebrae, losing all feeling in her legs in August.

The mother-of-two, who is now fighting to keep life as normal as possible for her husband and children, wasn’t as determined to survive shortly following her tragic accident, Seven News reports.

Nicole Johnston, 49, (pictured) severed her spinal cord after falling down the stairs at her family home

Nicole had tumbled down the stairs at her home in Trigg, Perth, which was under renovation at the time. The wood had been stripped back and she had made the fateful mistake of wearing socks.

The fall left her with a severed spinal cord and Nicole was put on life support for a month, as her devastated family waited anxiously for news on her recovery.

‘It became really serious when we got her out to the ambulance out the front and they did a pin prick on her feet and her feet had blood coming out and there was no reaction there,’ Daniel said. 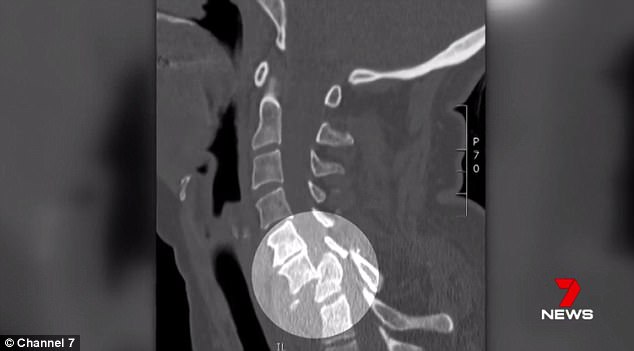 In a moment of weakness before being wheeled into surgery, Nicole pleaded with her husband to let her die.

But now, 10 weeks after her tragic fall, the resolute mother has rekindled her determination to live and keep fighting for the sake of her young children. 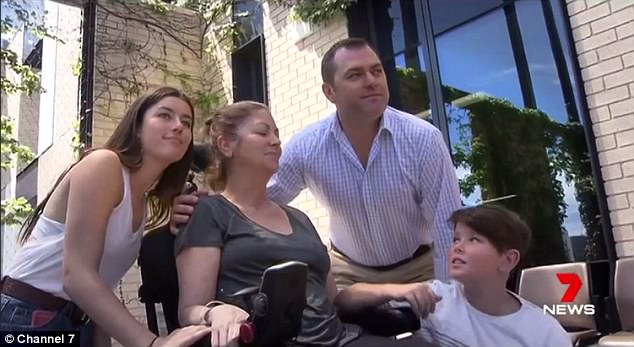 Nicole had tumbled down the stairs at her home in Trigg, Perth, which was under renovation at the time (Pictured with her family)

‘I just want to be there for my kids, so it’s not an option not to fight and not to get through,’ she said.

Friends and family are now fundraising to help refit the Johnston family property to accommodate for Nicole’s wheelchair.

Nicole will be in hospital for a further three months before returning home.