She is an award-winning actress known for on-screen hits Moulin Rouge and Big Little Lies.

But Nicole Kidman revealed on Thursday that she suffered ‘debilitating’ stage fright during her last run on London’s West End.

‘Debilitating’: Nicole Kidman revealed on Thursday that she suffered ‘debilitating’ stage fright during her last run on London’s West End

Speaking on The Two Shot podcast, Nicole said the work, which she opened in 2015, made her ‘uncomfortable’.

Before Photograph 51, Nicole’s previous stage work was in 1998 in David Hare’s work The Blue Room, which took place at the Donmar in London.

The film star revealed that her stage fright was ‘debilitating’ but ‘not to the point I wouldn’t go on.’

The theatre seated 900 people, compared to the Donmar which only had capacity for 120. 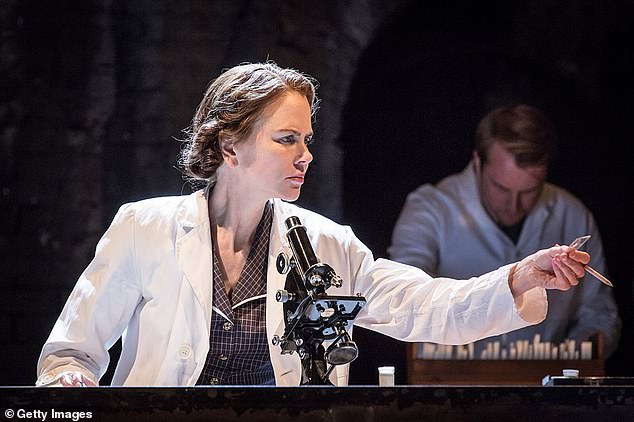 Uncomfortable: The Australian actress, who played DNA scientist Rosalind Franklin in Photograph 51 at the Noel Coward theatre, said the work made her ‘uncomfortable’

The actress said: ‘It was not what I recalled. It was almost like “ok good after two weeks this will go away”. It never went.

‘So I would stand there listening to my heart. I don’t know if it was age or hormones or what it was but it was something, it was really really bad.

‘But I still got on. I got on, eight shows a week I did it. I made it. And once I was on, I loved it, but it was standing in those dark wings. It was just like, “oh you’ve got to be kidding”.’

Nicole received a standing ovation for her first night in Photograph 51 when it debuted in September 2015.

The streaming platform dropped the star-studded trailer for the upcoming musical feature on Thursday.

The Prom, which comes to Netflix on December 11, is about a troupe of ‘self-obsessed’ theater stars that arrive to a small town in Indiana to support a lesbian high school student who wants to take her girlfriend to prom.

Nicole is currently playing a leading role in Sky Atlantic’s The Undoing, which will be available from October 29.

The Undoing is based on the 2014 novel You Should Have Known by Jean Hanff Korelitz, and she stars alongside on-screen husband Hugh Grant.

The Undoing follows Grace (Kidman) and Jonathan Fraser (Grant), who are living the only lives they ever wanted for themselves.

Last week, the star revealed she suffers from fears after ‘sudden’ deaths of several close family members and friends over the years which have deeply affected her. 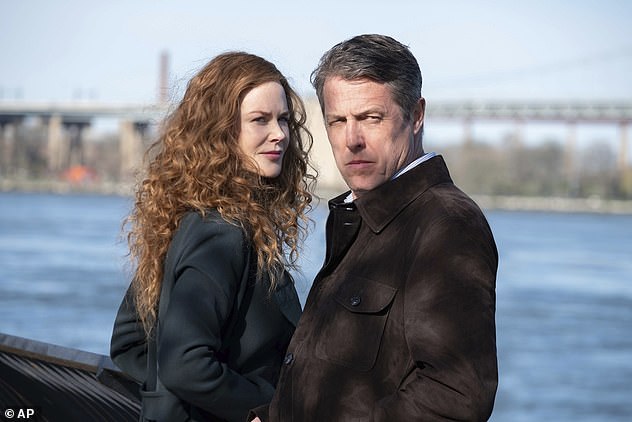 On-screen husband: Nicole is currently playing a leading role alongside on-screen husband Hugh Grant in Sky Atlantic’s The Undoing, which will be available from October 29