A murdered sports coach was terrified for his life after he stopped the gang rape of a child when he was just 14, according to his devastated mother.

Ronke Badru believes ‘in her heart’ that her university graduate son was gunned down in revenge for stopping the brutal gang rape 11 years ago.

She said Abraham Badru, 26, feared for his life after he gave evidence to convict and jail nine boys who gang raped a 14-year-old schoolgirl.

Ronke Badru, pictured, believes her son Abraham, 26, was murdered because he stopped a gang rape in Hackney, east London in 2006 and gave evidence against the attackers which saw them imprisoned 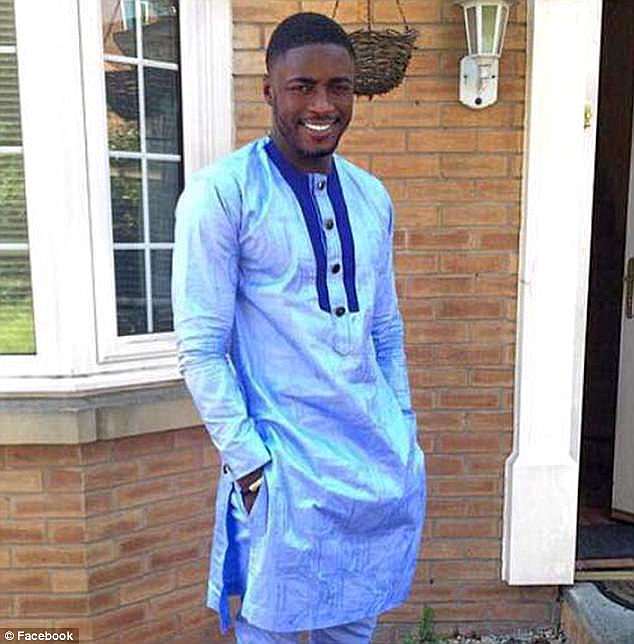 Abraham Badru, pictured, received a medal from the Metropolitan Police for his heroic action in preventing the gang rape and giving evidence against the attackers 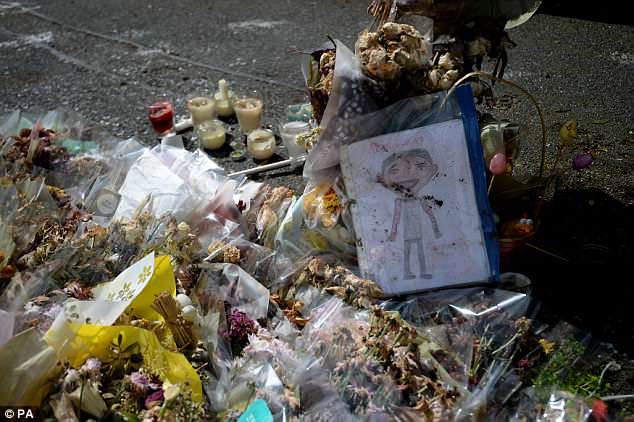 Mr Badru was gunned down as he got out of his car on March 25 in Ferncliff Road, Hackney

Relatives of the rapists are said to have thrown eggs at the family’s home and made threatening phone calls to terrified Abraham, then 16, because he had imprisoned their loved ones.

After the case he fled 159 miles to Bristol for seven years after where he studied a BTEC in Sports Science before attending the University of Gloucestershire where he completed a masters in sports coaching.

A month after he was shot dead by a man armed with a shotgun just yards from his family home in east London, his distraught mother Ronke, 50, has pleaded for the killer to be brought to justice.

She said the rape happened on the Frampton Estate in Hackney where the family lived until Abraham began to receive threats.

She said: ‘He went to Bristol in 2007 after he rescued a girl from a rape.

‘He received threatening phone calls, he was really scared for his life.

‘They were throwing eggs at our door and everything, the family of the group.

‘Abraham was just 14 and the police said he was a witness and they said if you do not allow him you will be charged with perverting the course of justice.

‘The family of those boys were coming to my door and saying he should not go to court.

‘He moved to Bristol to continue his education, he was only 16.’ 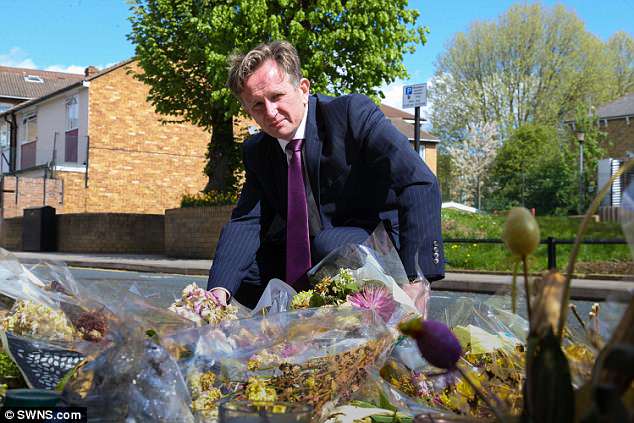 Detective Chief Inspector Noel McHugh is leading the murder investigation. He said his officers are investigating a possible link with the rape trial although stressed he may have also been a victim of mistaken identity. He said: ”It would be too soon to nail all the colours to the mast. That is one line of enquiry, but we have others that we are looking into’

DCI Noel McHugh, who is leading the murder inquiry, confirmed revenge is a line of enquiry but also said Abraham could have been killed in a case of mistaken identity.

DCI McHugh said: ‘It would be too soon to nail all the colours to the mast.

‘That is one line of enquiry, but we have others that we are looking into.’

As Abraham moved to Bristol his mum was forced to moved to another house in the borough where the teenager would visit occasionally during holidays.

In 2009 Abraham returned to London when he was offered a job as sports activity leader but just days after returning home his Vauxhall Corsa was vandalised.

Ronke said: ‘When he finished his masters he moved back to London and his car was vandalised outside on the street.

‘They removed all the tyres and they smashed out the mirrors and the windscreen.

‘He asked the police to be moved away, he was fearful for his life and was scared, he was worried.

‘I feel in my heart it could be connected.

‘I thought it was okay that he moved back to London because I thought everything had passed.

‘It happened when he was little I thought that the people who had committed the crime would have been reformed and punished for what they had done.’

Mr Badru was gunned down after he opened the boot of his AMG Mercedes on March 25.

The Liverpool fan received a Metropolitan Police Bravery award in 2009 for his actions saving a teenage girl from being gang-raped and going on to give evidence against the attackers despite receiving threats.

In 2016 he returned to London to look for work, and was shocked when he bumped into one of the attackers, now released from prison, in a nightclub and had to run away.

His car was vandalised with the mirrors and windscreen smashed, and the tyres removed.

Abraham asked to be moved away out of Hackney borough, but believing that his housing application would be rejected began saving for his own home and was hoping to move this year.

Police returned to the scene of the murder on Wednesday, a month since the killing. A £20,000 reward is on offer for information leading to the arrest and prosecution of the murderer. 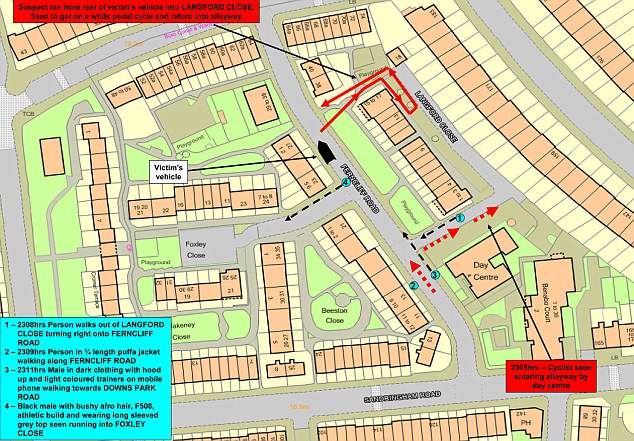