A Nigerian fraud ring has reportedly infiltrated US unemployment systems in a sophisticated attack that has already stolen millions of dollars in payments that were intended for out-of-work Americans and to prevent an economic crisis.

The vast and complicated network has stolen detailed identity information from citizens, such as social security numbers, to file false claims on behalf of workers who may not even have lost their jobs, The New York Times reported.

Investigators from the US Secret Service said they have information that suggests a well-organized Nigerian fraud ring is behind the scheme, which authorities believe could result in ‘potential losses in the hundreds of millions of dollars’.

The agency believe Washington State is the primary target of the criminal enterprise, however there’s also evidence of attacks in Florida, Massachusetts, North Carolina, Oklahoma, Rhode Island and Wyoming.

The vast and complicated network has stolen detailed identity information from citizens, such as social security numbers, to file false claims on behalf of workers who may not even have lost their jobs.

They also warned that every state was vulnerable and could be easily be next, citing the attackers’ apparent access to extensive personally identifiable information (PII).

Roy Dotson, a special agent at the Secret Service, told The Times that investigators were still trying to confirm the identity of the attackers and zero-in on where exactly they are operating.

‘We are actively running down every lead we are getting,’ Dotson said.

Investigators say it appears the operation is being aided by a substantial number of ‘mules’ – people in the US who are used as intermediaries for money laundering after making contact with the fraudsters online.

The attack has exploited state unemployment systems at a time when they’re struggling to cope with the overwhelming numbers of claims during an unemployment crisis unseen since the Great Depression.

Rhode Island Police announced Monday that it had received ‘numerous reports of suspected fraud’ in relation to unemployment benefits.

Scott Jensen, the director of Rhode Island Department of Labor and Training, noted the difficulty of distinguishing between a legitimate claim and a fraudulent one when the fraudsters are providing accurate and detailed information.

‘Whoever it is seems to be fairly sophisticated and good at what they are doing,’ Jensen said, adding the state is clamping down and looking more closely at claims involving specific banks and other trends. 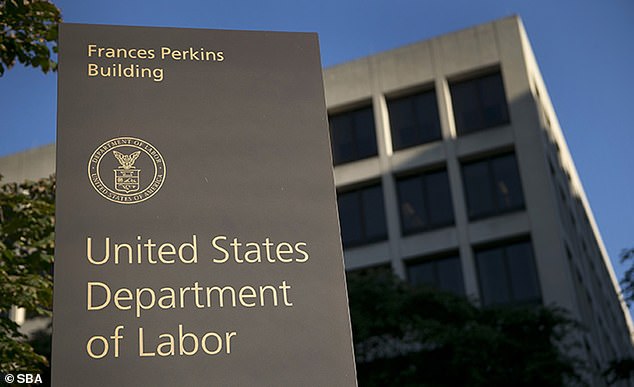 Meanwhile, in Washington, Suzi LeVine, the commissioner of Washington State’s Employment Security Department, refused to put a specific number on the state’s losses so far but said she believed it to be in the millions of dollars.

Confused workers and business owners in Washington State have been inundating authorities will calls about unemployment notifications they received, despite having never made a claim.

Some workplaces have been hit particularly hard. Among them is the Western Washington University, where more than 400 of its 2,500 person workforce has fallen victim to fraudulent claims.

Suzi LeVine described the ongoing scheme as a ‘gut punch’.

Anna Zivarts, who works at the Seattle-based non-profit Disability Rights Washington, said she also received a number of unemployment letters through the post on May 8.

‘I called my boss and said, “Am I getting laid off and I just don’t know about it?” Zivarts told The Times, but her boss assured her than she still was employed.

Zivarts said she called and emailed the state to flag the issue. Her employer has also notified the state. 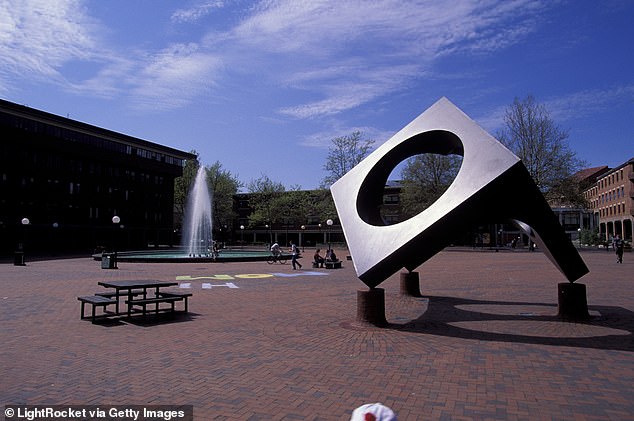 Some workplaces have been hit particularly hard. Among them is the Western Washington University, where more than 400 of its 2,500 person workforce have fallen victim to fraudulent claims

Since the coronavirus pandemic began ravaging the United States, more than 36 million people have filed for unemployment within the last two months, with billions of dollars handed out in benefits.

States rushing to get payments to people who are out of work are likely to be most susceptible to the scheme. Many states have long opted for lengthy review periods to help identify fraudulent claims, however as more people become eligible and the need for payments becomes more urgent, some states have circumvented those safeguards.

In Washington, where one million people have lost their jobs since March, the state has reduced its typical weeklong review period to cater to the overwhelming demand.

‘There’s a dire need to get money out quickly,’ LeVine said. ‘This makes us an attractive target for fraudsters.’

U.S. Attorney Brian T. Moran told The Times his Seattle office was working with other agencies to track down and prosecute the people submitting false claims. But he also said the state needed to ‘address and fix vulnerabilities in their system.’

LeVine said the unemployment agency was monitoring trends and using them to help identify suspicious cases before payments were issued. The state has also implemented a two-day delay in payments to give workers more time to vet the claims.