Nina Agdal flashed her toned abs in a light blue figure-hugging gym wear set as she stepped out after a work out in The Hamptons, New York.

The Danish model, 29, has recently become a fitness instructor, taking to Instagram to document the various yoga classes she runs.

She was glowing as she left the exercise class on Saturday, with her light brown locks swept back into a top knot.

Exercise: Nina Agdal, 29, flashed her toned abs in a light blue figure hugging gym wear set as she steps out after a work out in the Hamptons, New York

Her slender figure was shown off the ensemble, as she carried her belongings in a yellow shoulder bag and light pink backpack.

She was all smiles as she held a bottle of kombucha and her phone in one hand, while taking her hair down with the other.

Later, Nina’s caramel locks flowed over one shoulder, and she kept the sun at bay with black square shades. 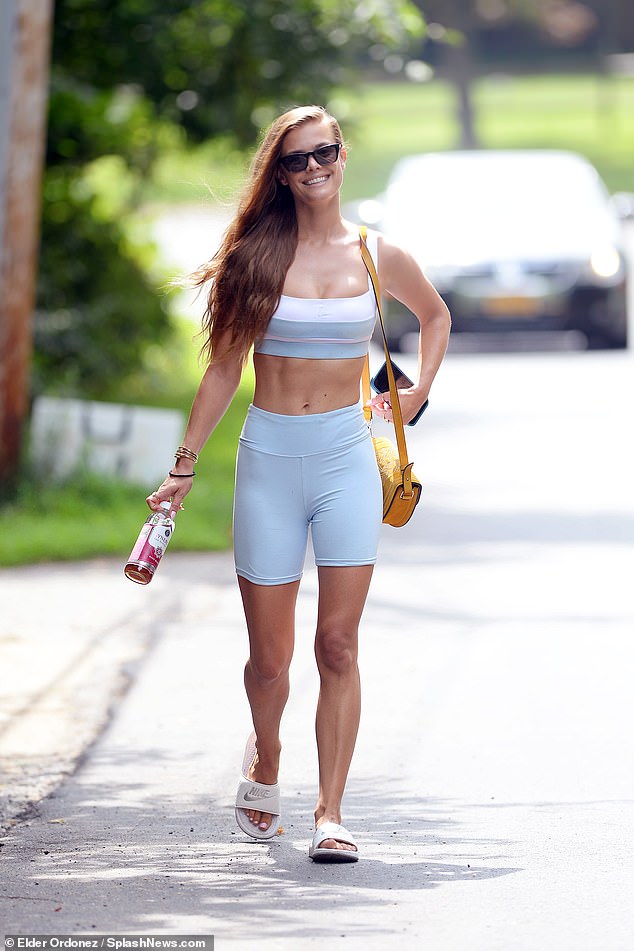 Stunning: The Danish model was glowing as she stepped out on Saturday, with her dark caramel locks flowing over one shoulder

Nina took to Instagram to document her exercised filled morning, as she posed with pals after the class.

Snapping the picture at The Reform Club Inn in the Hamptons, the group of friends looked as if they’d had a good work out.

The beauty has only just embarked on her fitness career, saying on Instagram: ‘Crazy to think that a year ago I had not yet taught my first class (like ever ever)… and yesterday had a full class.’

She included a word of advice and encouragement for her 1.6 million followers: ‘If you’ve been wanting to do something my advice is to just TRY. Even if you don’t know exactly how it’s gonna go or where it’ll take you follow your gut and keep going.’

Nina and her beau Jack, 26, frequently exercise together and Nina shared a video of the couple’s at-home workout sessions during the Coronavirus pandemic.

She started dating Jack in June 2017, shortly after her split from Leonardo DiCaprio, 46.

Jack is the son of supermodel Christie Brinkley and her ex-husband Richard Taubman. 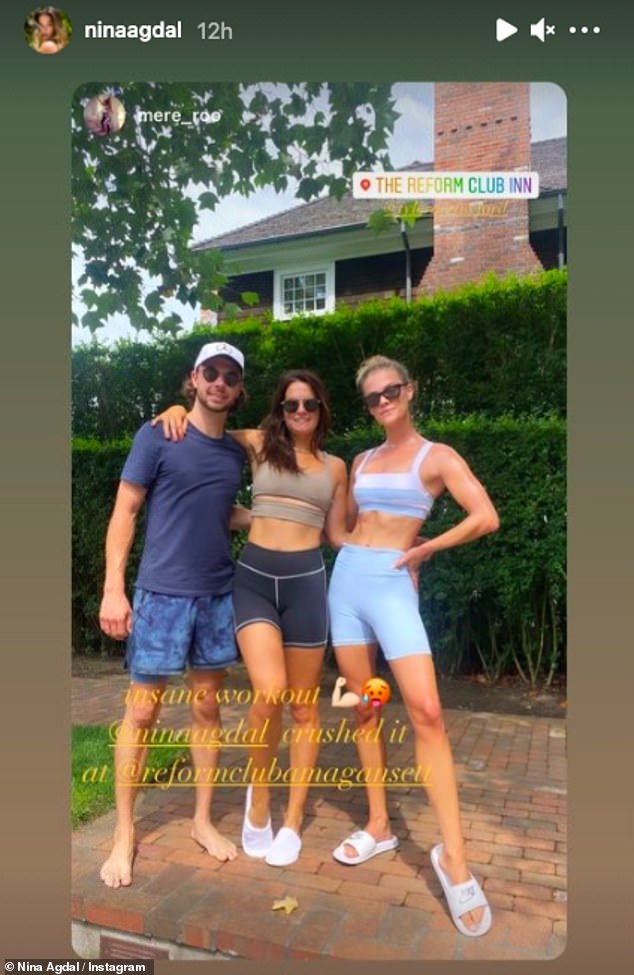 Wow: Nina looked sensational as she posed for a picture with friends after the work out