When Mike Bryan was diagnosed with brain cancer in February, one of the few things he thought he wouldn’t need to worry about was his finances.

The 34-year-old accountant had gone into hospital with a severe headache — only for scans to show a large tumour.

Fortunately, he had been paying £55 a month for a critical illness policy with Vitality, which promised to help ‘with your finances while you recover’ from serious illness such as cancer.

Financial worry: Mike Bryan had to return to work early after being diagnosed with brain cancer in February

Yet, last week — nearly nine months later — Mike was still awaiting a decision as to whether his life-threatening condition met Vitality’s criteria for a payout.

‘I went with Vitality because they promised the cover would help pay the bills if I was ever seriously unwell,’ he says.

‘But months on from when I started the claim, they hadn’t paid me a penny. It’s lucky I had savings to fall back on while I’ve been off sick — if I had to rely on Vitality, I would have defaulted on my mortgage.’

Critical illness cover is insurance which pays out a tax-free lump sum if you are diagnosed with a serious condition, such as cancer, Parkinson’s disease, heart attack or stroke.

But there are many caveats. For example, not all cancers are covered, and some are only covered if they have progressed to a certain stage.

Some policies will only pay if you’re left with permanent health issues as a result of the illness; others will reject a claim if you die within two to four weeks of diagnosis.

A typical claim should take around four to six weeks to process, with more complex cases taking up to 12 weeks, according to price comparison website Confused.com.

But Mike, from Hove in East Sussex, has waited more than 40 weeks for his claim to be assessed.

Although he was fit and healthy, he bought the policy when he became a self-employed partner at an accountancy firm in 2020 because he wanted financial security in the unlikely event he ever became seriously ill.

So when Mike was told in February that he needed emergency surgery to remove the brain tumour, he put in a claim on his policy straight away.

Thankfully, his surgery was successful and he went home a week later, but was advised to stay off work for three to six months.

However, he started working from home two months later and returned to the office in May, partly because he was worried about his finances.

He had heard nothing from Vitality, and later discovered that the company hadn’t even started assessing his case until May 6, more than five weeks after they received his medical notes.

‘I kept chasing, asking for updates. I was promised call-backs that never materialised. The lack of communication was frustrating, as I had no idea whether I was going to be covered financially or not,’ he says.

‘I had to keep working on the basis I might not get anything, even though I had fatigue, which meant I couldn’t do as many hours.’ 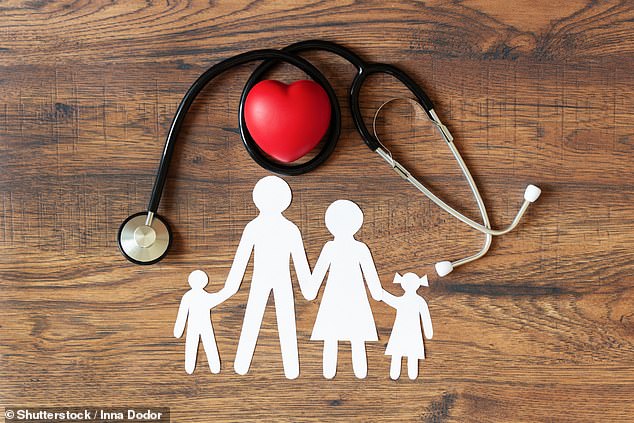 Small print: Some policies will only pay if you’re left with permanent health issues as a result of the illness; others will reject a claim if you die within two to four weeks of diagnosis

In June, Mike suffered another unexpected serious illness — a blood clot in the lungs called a pulmonary embolism — which meant another four days in hospital.

Doctors still do not know why it happened, but it may have been triggered by Mike being physically inactive after his surgery.

He submitted a second claim on July 4, as his policy allows multiple claims, as long as they don’t exceed the total value of cover.

He could expect 15 per cent of the remaining value of the cover for a pulmonary embolism — equivalent to £18,000.

But, more months passed and Vitality had still not even come to a decision as to whether it would pay out for either claim.

After Mike made a formal complaint, Vitality admitted in October that it had ‘delayed assessing’ the information it had received from his GP, and there had been further delays when it had asked for extra information on his medical history.

The insurer offered Mike £250 compensation — which he did not accept — and was promised his claim would be ‘escalated’.

He had still not received a decision by the end of November, when he contacted Money Mail for help.

‘It’s made me so anxious and stressed at a time when I really didn’t need it,’ he says. ‘It’s been a constant source of worry,’ he says.

‘My savings have been depleted. The time I had to take off work could affect my income for years, so I need to know if they will be paying out, how much and when.’

After Money Mail asked Vitality what had gone wrong, the insurer approved both claims within days.

A Vitality spokesman says: ‘We aim to resolve all claims as swiftly as possible, and would like to apologise unreservedly for the delays that there have been in handling Mr Bryan’s case.’

A spokesman from the Association of British Insurers (ABI), says: ‘In the tragic circumstances that you are diagnosed with a critical medical condition, the support insurance provides can be vital. Insurers understand that these can be very difficult times and always aim to process claims as quickly as possible.’

Hundreds of people complain about their critical illness cover every year, according to the Financial Ombudsman, which upholds around one complaint in ten.

Many are from people who didn’t receive a payout because their specific illness wasn’t covered, or because their insurer claims they should have disclosed certain health details when they took out the policy.

Other common issues include customers claiming their policy was mis-sold, because the cover didn’t match the description in marketing materials. And those, like Mike, who feel their insurer took too long to assess their claim.