The nine-year-old boy who was shot in the head by his father and was the sole survivor of a horrific murder suicide has died eight days after the grisly attack, his family announced this weekend.

Ezequiel Valdivia was the only survivor of his father’s tragic murder suicide spree.

The devastating shooting took place just one day after Rosario obtained a restraining order against Valdivia.

Ezequiel had been in critical condition and was on life support in the hospital but was pronounced dead just before 11.30pm Saturday night, his uncle Karl Albright said to the San Diego Union-Tribune.

Nine-year-old Ezequiel Valdivia died Saturday night, eight days after his father shot the child’s mother, his three brothers, then turned the gun on himself in a horrific murder suicide on November 16 in Paradise Hills, California. From left to right: Zuriel, Enzi, Zeth, and Ezekiel Valdivia 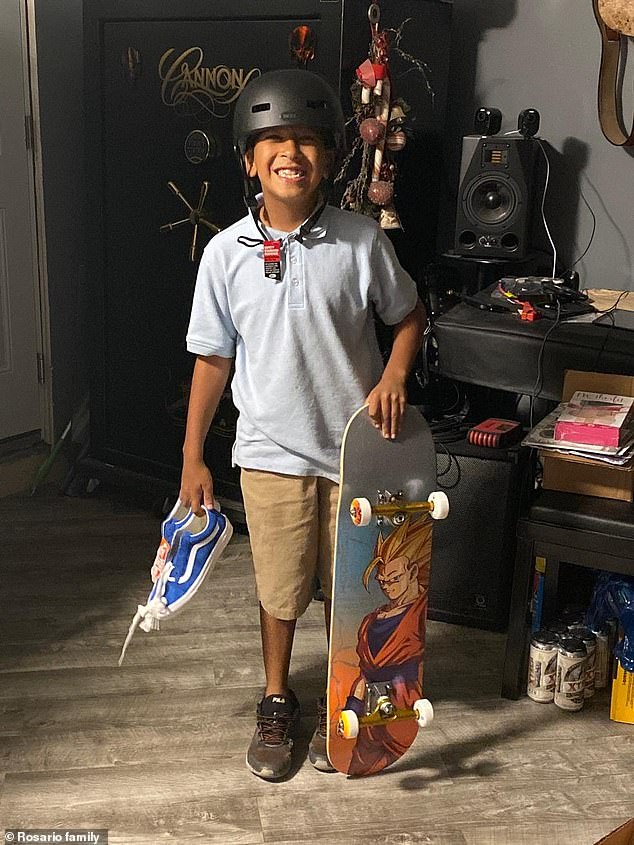 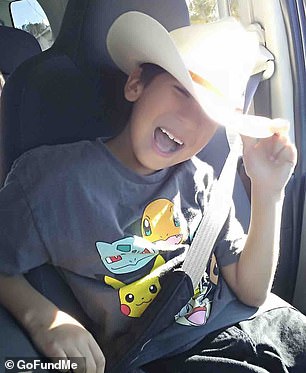 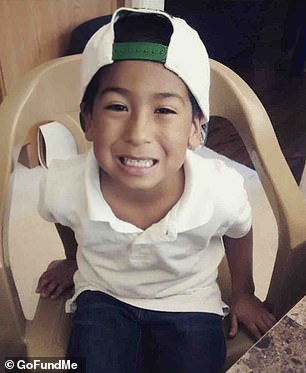 Doctors told the family Ezequiel was brain dead and not responding to any of their tests and he was pronounced dead around 11.30pm Saturday evening

He said doctors told the family Ezequiel was brain dead and not responding to any of their tests.

‘God wanted him to come home,’ Albright said to Fox 5. ‘If he wanted him to stay, he’d be here. But, he’s home with his family; they’re playing, they’re rollerblading, skating around, chasing Pokemon up in heaven.’

The nine-year-old’s organs will be donated, Albright said.

‘It’s a tragic thing for us, but if we can turn that around for anybody else that’s all we ask,’ he said.

‘We had a lot of hope that Ezequiel would make it and then last night, we lost our hope,’ Ezequiel’s great-aunt Joyce Rosario said to CBS8.

The family say the murder suicide was a violent domestic assault attack.

According to family and court documents, Valdivia and Rosario separated about a year ago after he reportedly cheated on her for a second time, then Valdivia started to stalk and harass her afterwards. 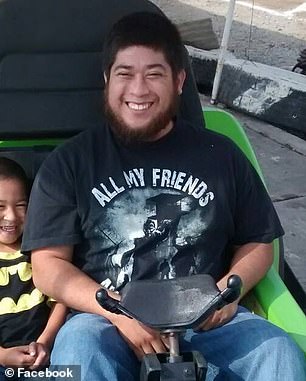 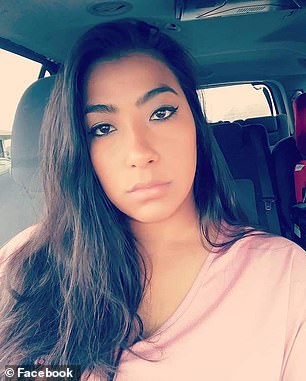 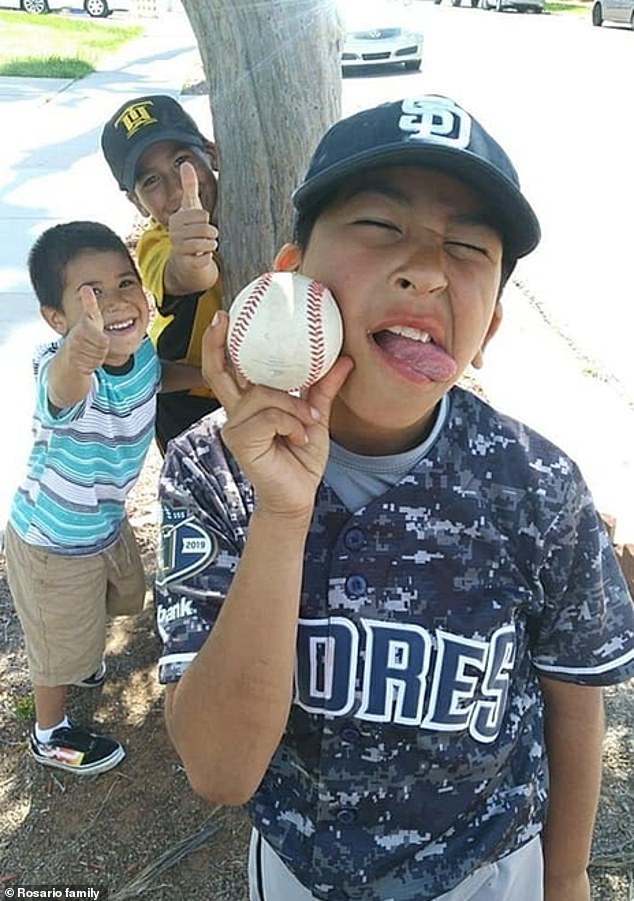 The devastating shooting took place just one day after Rosario obtained a restraining order against Valdivia. Ezekiel pictured above with siblings 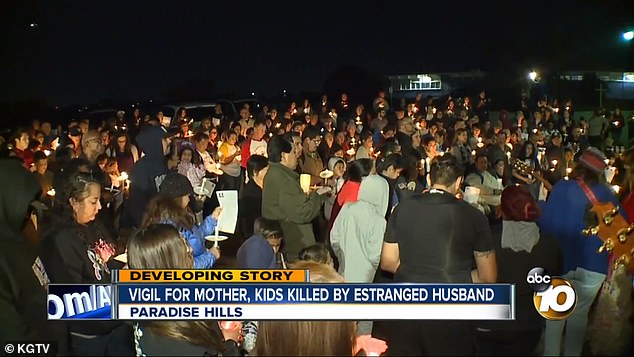 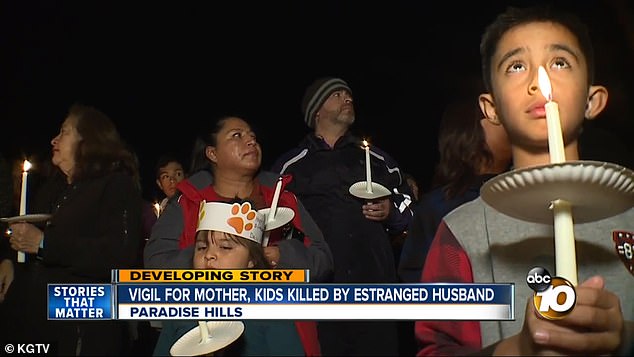 The couple were in the middle of a divorce, which was set to be finalized in December 2019, after 11 years of marriage. Friday’s candlelight vigil pictured above

They were in the midst of a divorce after being married for about 11 years. They separated in December 2018, Rosario filed for divorce in June, and their dissolution of marriage was set to be finalized in December 2019.

She had sought and obtained a restraining order against her husband the day before the killings, according to police and court records.

Rosario said Valdivia refused to leave her alone after she filed for divorce and became obsessed with the idea that she was with someone new and repeated arrived to her house unannounced.

‘He made a mistake in the marital relationship, she had made her mind up that it’s over and he didn’t want to accept that,’ Albright said. ‘He sent her a bunch of texts: “I’m going to come over and kill myself in front of you guys or I’m going to kill you and then kill myself.”‘

Just 10 days before the shooting, Valdivia sent Rosario a picture of a handgun with the message ‘It’s sure happening’, according to court documents.

Then in the days leading up to the shooting, Valdivia repeatedly called and texted Rosario, despite her requests for him to stop.

In one harassing text he sent a photo of a handgun with beer cans and a bottle of alcohol in the background.

‘This treat really scared me and I can no longer handle his abuse and harassment,’ she said in court documents.

‘She was very private. She didn’t want people to know her business so she kept a lot of it inside,’ Joyce said. 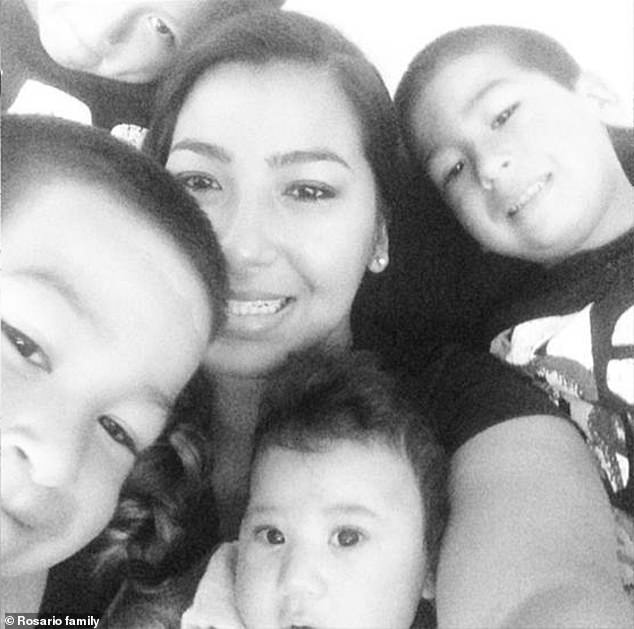 Family members remembered Sabrina Rosario as a ‘wonderful, charismatic, bright shining star’ and a caring mother at the Friday vigil

Hundreds of mourners gathered at United Church of Christ in Paradise Hills for a candlelight vigil for the family on Friday and to raise awareness about domestic violence.

The three oldest boys attended Paradise Hills Elementary School. One of the teacher recalled the Valdivia boys for always having big smiles on their faces.

‘Big smiles on their face in the morning at my running program, they were the first ones out there. They were a light for me every single day,’ Craig Volimas, a physical education teacher told the crowd.

Around 6.40am on the morning of the shooting police received a 911 call and could hear an argument in the background but no one spoke on the line.

A second call was made by a relative who live next door who reported hearing what sounded like a nail gun going off.

Responding officers spotted a bleeding child in the house and broke a front window to get inside.

They found the parents and their youngest child dead at the scene. The three other boys were rushed to a hospital where they were later pronounced dead.

A GoFundMe page has raised more than $57,000 as of Sunday evening to aid the family with burial and medical costs.

For confidential support, call the Samaritans on 116123 or visit a local branch. See www.samaritans.org for details.