Constantly on the move, not going to school and facing a future as an uneducated homemaker is the life many young gypsy girls lead.

For one nine-year-old Irish traveller the threat of upheaval is a daily occurrence.

Margaret – who spends her time playing with her friends and toys outside instead of attending school – has moved 30 times in the last six months alone and just wants a permanent place she can call home.

But as part of one of the most marginalised and private communities in Britain, they are often judged by the locals they choose to live nearby, and she cannot understand why: ‘We are not dogs, we’re human beings as well.

‘We’ve been around the whole world and no one likes us, there has to be a reason why they don’t like us. It’s not fair,’ she fumes in the latest Channel 5 series Gypsy Kids. 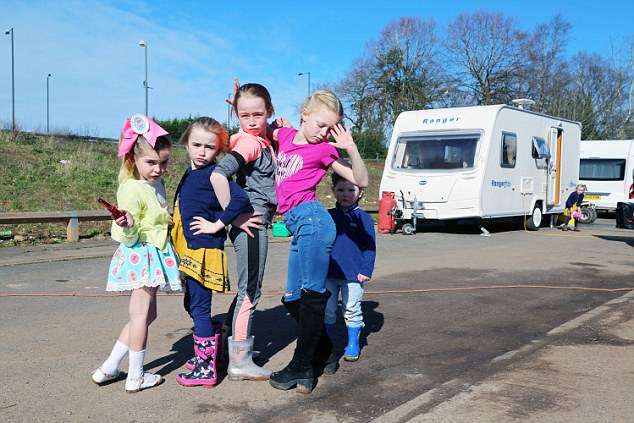 They have to be prepared to pack up their things at the drop of a hat when the authorities come calling, the lifestyle is all Margaret has ever known

More than 20,000 travellers are in the same situation as Margaret, forced into the lifestyle because of lack of official traveller sites.

The young contingent of the community explain in the documentary what life is really like as a traveller, and for them, constantly being evicted is ‘upsetting’.

While Margaret happily plays homemaker – a traditional role for women in the traveller community – staying indoors to help her mother take care of the family, the men search for sites they can set up camp.

Birmingham Council only have one official traveller site so the lack of space means they have to set up illegal camps but the locals are quick to complain and they are evicted repeatedly.

She laments the attitude of her temporary neighbours: ‘How would you like it if you have to keep moving places, it’s very upsetting.

‘People need to understand who we are, we don’t steal, we don’t do nothing like that, what’s the problem, we aren’t doing no harm? It’s all we want, is a place to stay.’

Her cousin Bridget Marie, echoes the same sentiment, complaining of a recent incident where their community sparked outrage after setting up camp on the grounds of a Birmingham school causing hundreds of children to miss a day of education.

‘They’ve missed one day, we’ve not been to school our whole lives because we keep having to move,’ she spits. 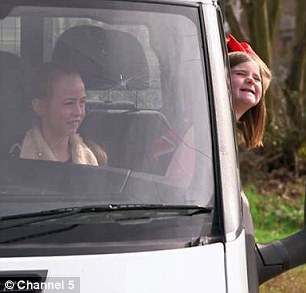 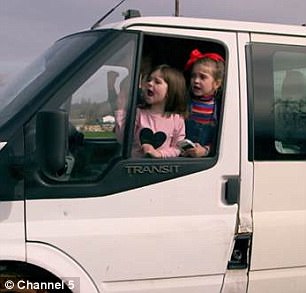 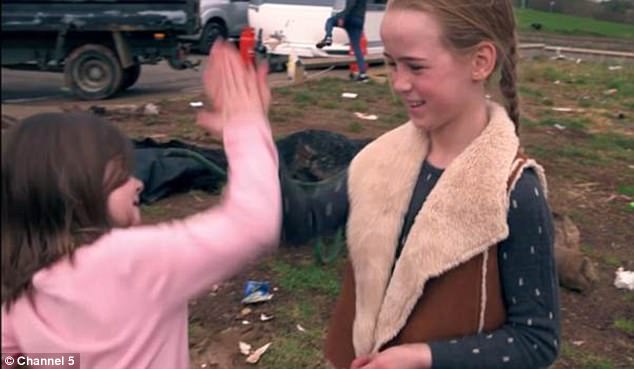 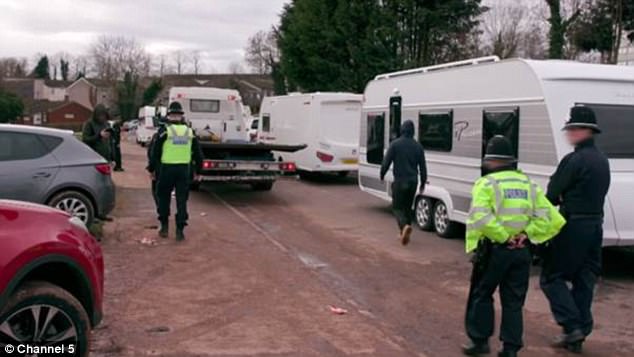 Daily threat of the law

The children take after their elders, never cowering away when faced with the law – instead putting up a fierce fight when the police attempt to evict them from yet another illegal camp.

Bailiffs threaten to seize their vehicles during a particularly heated stand off, but Margaret and her cousins sit inside to in an attempt stop them.

The children delight in their ‘win’ against the officers, who by law are not allowed to touch the trucks with people inside, and sing: ‘We are pikeys and we do what we likey.’

Their glee is short-lived, however, and the community are still forced to move on much to Margaret’s disappointment after her elders make a deal with the police to go quietly. 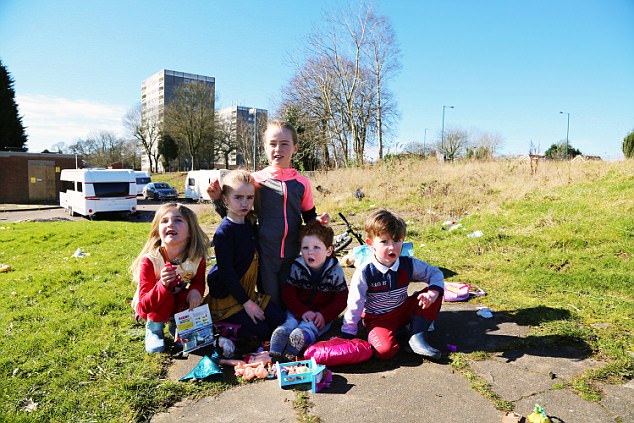 Constantly under pressure to relocate, Margaret’s family eventually find somewhere else to live, but she knows it’s just a temporary situation.

Margaret is happy as she plays in a park near to their new camp with her cousins and the recent run-in with the police is far from her mind.

‘We play dolls and chat all day. It makes me happy staying in this place,’ she says.

But it’s only going to be a matter of time before the local council take action once again.

Margaret adds: ‘It’s not good for a little girl to keep on getting moved.’

In February of this year travellers in 20 caravans were evicted from the car park of Birmingham Shenley Academy on the first day of term.

Pupils that attended the school were told to remain at home for amid fears for their own safety, meaning hundreds of children missed an entire day of education.

Travellers had initially flouted an eviction notice but when they left the grounds, it was strewn with rubbish resulting in a mass cleanup that cost thousands.

The incident caused outrage among the locals including the parents of the pupils, and at the time the police commissioner David Jamieson said: ‘Parents have every right to be upset and outraged at the disruption to their children’s schooling.’

It was reported the travellers had hurled abuse and blasted Ed Sheeran’s Shape Of You while driving off, and locals who had claimed they were attacked with catapults cheered in delight.