The construction of the Queen Mary represented the zenith of passenger ship-building for Cunard.

Plans began for a new record-breaking liner to replace the Mauretania as early as 1926.

The work on the ship was completed in March 1936 and it sailed out of the Clyde as far as Arran for preliminary trials. After sailing to Southampton to be painted, the Queen Mary was handed over to Cunard on May 11.

The ship’s propulsion machinery produced a massive 160,000 SHP (shaft horsepower) and gave it a speed of over 30 knots (34mph).

It made an inaugural cruise from Southampton on May 14 and then made its maiden voyage, on the Southampton-Cherbourg-New York route, on May 27. Despite expectations that the ship would try to break speed records on its first voyage, a thick fog destroyed any hope of this.

In August 1938, it set new records for both the eastbound and westbound transatlantic crossings. It made its last commercial voyage from Southampton on August 30, 1939, and then remained berthed at New York until the end of the year whilst it was decided what role the ship would play in the war.

On March 7, 1940, the newly completed Queen Elizabeth arrived to join the Queen Mary, Mauretania and Normandie at New York. On March 21, the Queen Mary left New York under orders to sail for Cape Town and Sydney. On arrival, work began converting the ship to a troopship.

The luxury furnishings were removed and tiers of bunks and hammocks were fitted. Although small calibre guns were fitted on the ship its main protection was to be its speed.

In 1941 it was fitted with heavier calibre guns and anti-aircraft cannons.

The Queen Mary’s future role was to be on the North Atlantic. However, one urgent trip carrying US troops to Sydney was the priority. By late July 1942, it had returned to New York. In the following months, it sailed to the Clyde and Suez and then returned to the USA with a complement of German POWs. 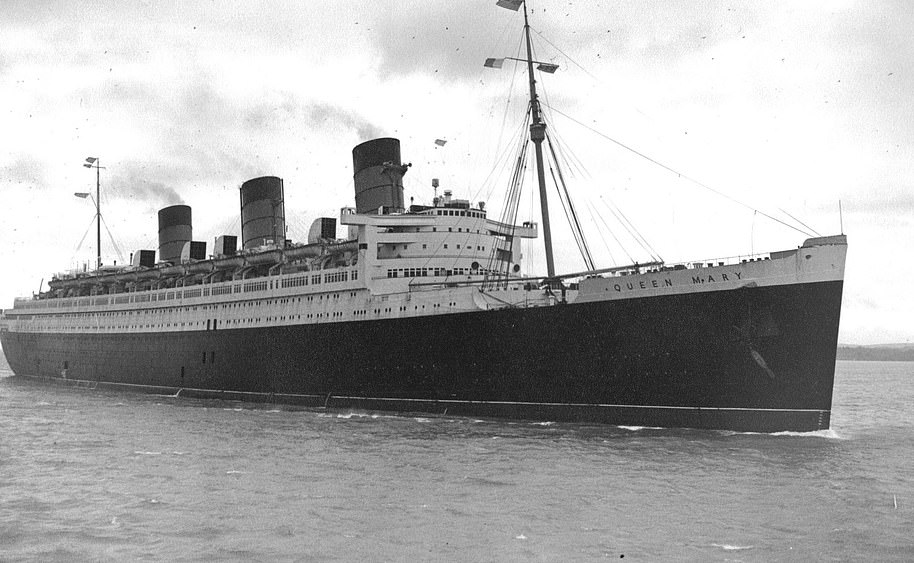 The Queen Mary’s propulsion machinery produced a massive 160,000 SHP (shaft horsepower) and gave it a speed of over 30 knots

During its war service it had travelled over 600,000 miles and carried nearly 800,000 people. A ten-month refit was then embarked upon at Southampton.

Air conditioning was fitted and passenger accommodation was altered to house 711 first class, 707 cabin class and 577 tourist class passengers. It made its first sailing after this on July 31, 1947, from Southampton to New York.

It made its last transatlantic crossing on September 16, 1967.

There was considerable speculation regarding the future use of the ship, but this ended in July when Cunard decided to sell the liner to the town of Long Beach for £1,230,000. 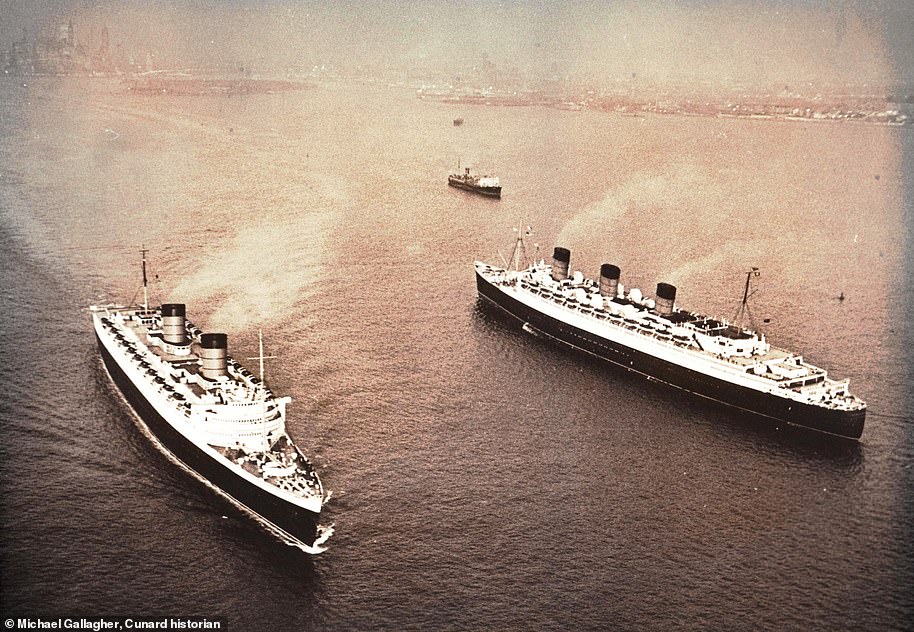 This picture was taken in October 1964 at the entrance to New York and was one of the few times both Queens (Mary, on the right, and Elizabeth) were in New York together

The Queen Mary’s journey to Long Beach was turned into a cruise to recoup some of the voyage costs.

It arrived at Long Beach on December 9 to begin its new role as a museum, hotel and conference centre.

The Queen Mary remains there today as a testament to the supreme achievement of the Atlantic ferry.