Nintendo could announce its high-powered Switch Pro as soon as next month, report says

Nintendo could announce its high-powered Switch Pro as soon as next month, report says

After denying it would release an upgraded version of its Switch console last year, Nintendo is reportedly going to release the new system as soon as the fall, according to a media report.

The new system, likely to be called the Switch Pro, could be announced prior to the E3 video game conference in June, with a release in September or October.

Bloomberg first reported the news of the new console’s timing.

It’s ‘high-time’ for an upgrade to the Switch, which was first introduced in 2017, according to Dr. Serkan Koto, CEO of Tokyo-based game industry consultancy Kantan Games.

‘Around 75 percent of Switch software sales come from Nintendo’s first-party games, so I think hardcore gamers will always opt for Xbox or PlayStation even if there is a Pro version,’ Toto told DailyMail.com via email.

‘However, the better specs will make it easier for third-party developers to port games from other systems to the Switch, and Nintendo itself can produce better looking software, boosting the quality of future releases such as Zelda or Splatoon 3.

The Switch is still great but technically, it is a four year old piece of tablet-grade hardware.’

Nintendo has not yet responded to a request for comment from DailyMail.com. 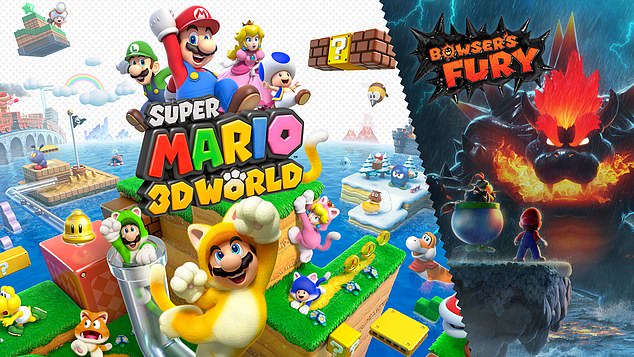 Serkan Toto told DailyMail.com he expected the new console to be priced between $349 and $399, depending on how powerful the device is 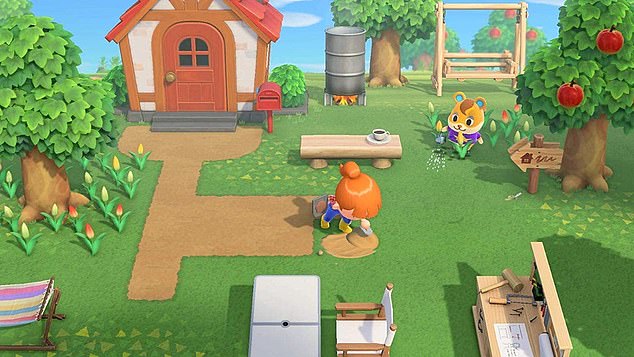 Much of the Switch’s success has been attributed to ‘Animal Crossing: New Horizons’, (pictured), released in March 2020, as countries around the world began implementing lockdowns to combat the spread of COVID-19

On the company’s earnings call earlier this month, Nintendo said that it is at the mid-way through the life cycle of the Switch console, but did not disclose any details about updates to the hardware.

Final assembly of the machine, which is expected to rival Sony’s PlayStation 5 and Microsoft’s Series X consoles in computing power, could happen as soon as July, Bloomberg reported.

The new console will likely have a new OLED screen and a faster Nvidia GPU allowing it to show 4K resolution when connected to a TV, the news outlet added.

It’s likely that Kyoto-based Nintendo will price the new console to reflect the Pro name, given the upgraded internals, Toto added.

HOW MOBILE GAMING AND THE SWITCH SAVED NINTENDO

Nintendo has had a rough few years.

Following disastrous sales of its Wii U console, investors clamoured for the Kyoto-based firm to close down its home console division and focus on smartphone games.

Super Mario Run, the first time one of Nintendo’s iconic video game characters appeared on a device that wasn’t built by the company itself, set download records across the globe when it launched in December 2016.

However, Nintendo shares tumbled after it was revealed only a tiny percentage of players were willing to pay the £9.99 charge to unlock all of the content in the game.

‘Mario is arguably the most popular gaming franchise in the world, yet we see only about 8 percent of those who try the game actually purchasing it,’ Sensor Tower analyst Spencer Gabriel said.

However, Nintendo does not appear to be deterred, with a slate of new mobile games scheduled to launch between now and March 2019.

According to The Wall Street Journal, Nintendo is quietly working on a Legend Of Zelda adventure for smartphones and tablets to launch in late 2018, and Nintendo recently confirmed its best-selling racing game – Mario Kart — would be headed to iOS and Android smartphones before early 2019.

Elsewhere, the Kyoto gaming company has seen enormous success with the successor to the Wii U, Nintendo Switch.

The home console, which can be on a television or on-to-go thanks to its in-built six-inch touchscreen and detachable Joy Con controllers, has seen enormous demand.

Sales of the all-new console, which includes its own version of Mario Kart and Legend Of Zelda, have exceeded the company’s estimates and outstripped those of its predecessor, the Wii U.

This new annual target would alone exceed lifetime sales of 13.56 million consoles for the Wii U, which was on the market for about five years.