Nissan Motor Co. executive Greg Kelly was released from detention in Japan on Tuesday after being granted bail over the alleged under-reporting of his boss Carlos Ghosn’s pay.

The late-night release of Kelly, who is American, followed the Tokyo District Court’s approval earlier in the day of a bail request filed last week by his Japanese lawyer.

Kelly was freed after posting 70 million yen cash bail, which is the equivalent of $635,600, ending his detention after 37 days.

Television footage captured the tired-looking, bespectacled Kelly, wearing a beige zip-up jacket, slowly walking out of the detention center and getting into a black cab. 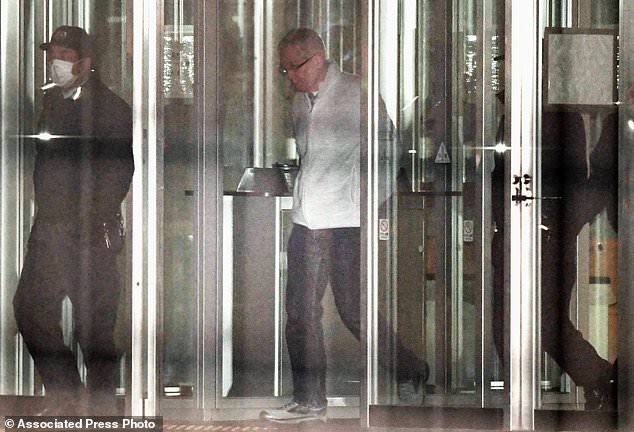 A Japanese court has approved a bail request for Kelly, who was detained and charged with under-reporting the income of his boss, former Nissan chairman Carlos Ghosn 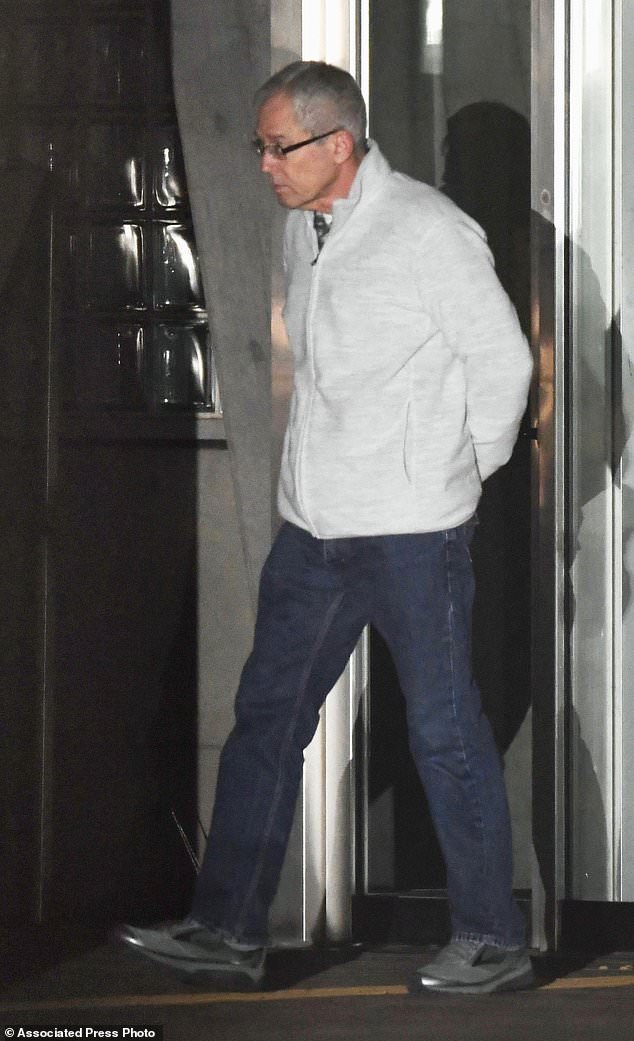 Kelly’s wife, Donna, had made a plea to the Japanese authorities for her husband’s early release so he could undergo surgery on his neck

The vehicle drove past reporters waiting outside of the gate as cameras flashed. Kelly was expected to go straight to a hospital for treatment of his chronic neck problem, according to local media.

Kelly and Ghosn were detained in Tokyo immediately after their November 19 arrest. They are charged with under-reporting Ghosn’s pay by about 5 billion yen, or $44million, between 2011-2015.

Charges for an under-reporting allegation in more recent years are pending, and no trial date has been set.

Ghosn will be detained until January 1 or longer since he also faces breach of trust allegations.

Prosecutors say Ghosn and Kelly are flight risks. After his release, Kelly will have to follow rules set by the court, including those regarding his residence and travel, prosecutors have said.

The arrests of Ghosn, who is an auto industry icon, and his American right-hand man have triggered international attention and raised concerns about the Japanese practice of extended detentions.

Nissan has removed Kelly as representative director and Ghosn as chairman, but they are still company board members.

The board of Renault SA, the French ally of Nissan, has retained him while naming an interim chair. Mitsubishi took a measure similar to Nissan. 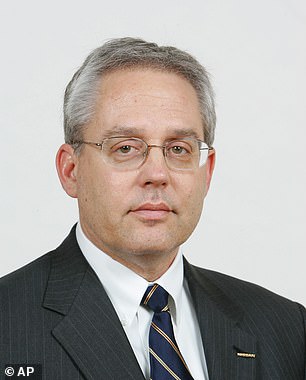 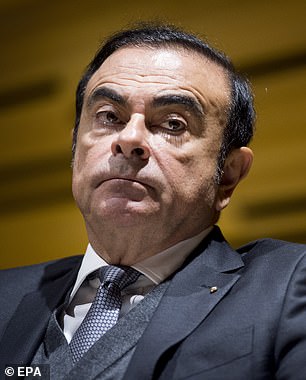 Kelly (left) and Ghosn (right) were detained in Tokyo in mid-November. They are charged with under-reporting Ghosn’s pay by about 5 billion yen, or $44million, between 2011-2015 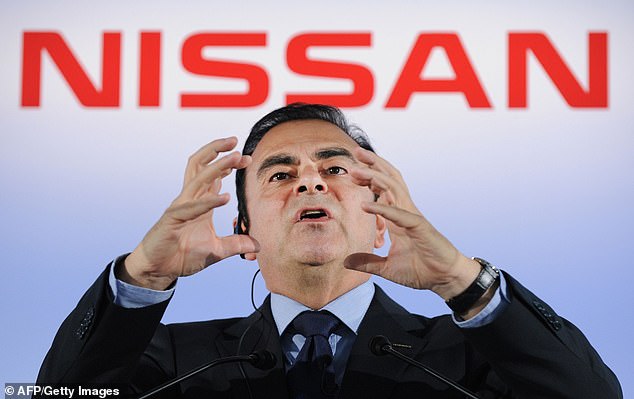 Kelly, 62, joined Nissan North American in 1988 and worked in legal counsel and human resources at the company, and has been a member of the automaker’s board since 2012.

His American lawyer, Aubrey Harwell, has said he is innocent and that he only acted according to the law and according to company policy.

Ghosn has also denied the allegations and told lawyers that he is determined to prove his innocence in court, according to Japanese media reports.

Ghosn faces an additional allegation involving claims he shifted a personal investment loss of more than $16million to Nissan’s books with help from a Saudi acquaintance.

The scandal also raised concerns over the Japanese automaker and the future of its alliance with Renault, which in 1999 sent Ghosn to turn around Nissan, then on the verge of bankruptcy. He has since led Nissan’s rise to the world’s second-largest automaker.

Ghosn’s downfall is seen by some as a maneuver by others at Nissan to gain power in the alliance. 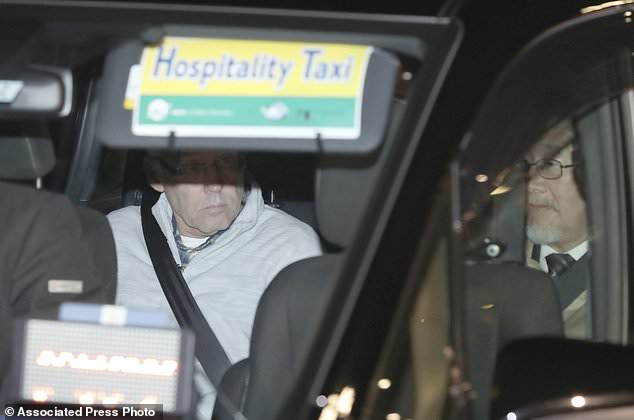 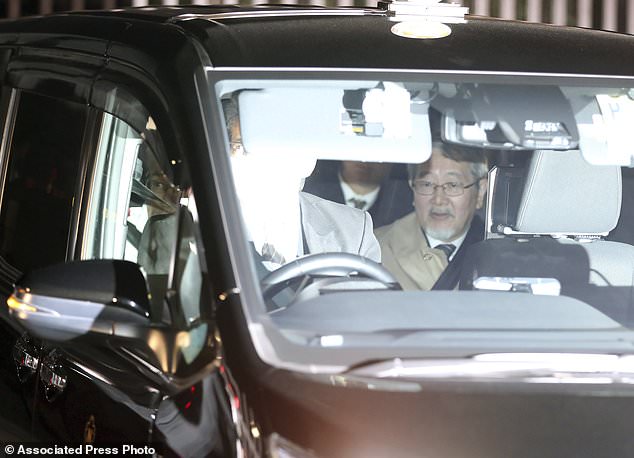 Kelly, pictured left leaving the detention center, was expected to go straight to a hospital for treatment of his chronic neck problem

Kelly’s wife, Donna, had made a plea to the Japanese authorities for her husband’s early release in a video message carried Tuesday by Japanese public broadcaster NHK and others.

She said that her husband was ‘framed’ by Nissan and that he also should be released to get his neck problem treated.

‘Release Greg and allow him to come home and have the surgery he needs,’ she said. ‘That is our family’s Christmas wish.’

Kelly reportedly suffers from spinal stenosis, a condition of a narrowing of the spaces in the spine that can cause pain, tingling or numbness.

He had been scheduled to undergo surgery in Nashville in early December, according to media reports.