A New Jersey man who bought an old Methodist church and converted it to the ‘church of all religions’ is in hot water for using the cemetery as a prop for his Halloween spectacular.

Will Keenan, 43, from Middle Township worked as an actor and now he owns and lives in St. Babs, the church he named after his mother Barbara who died last year.

He is best known for acting in the 1996 cult film Tromeo and Juliet where he plays Tromeo and also guest starred on Law and Order: Special Victims Unit.

He is using the real graveyard behind the church to host ‘Tromeo’s Halloween Cemetery Scare’, which is upsetting some of the families of people buried there. 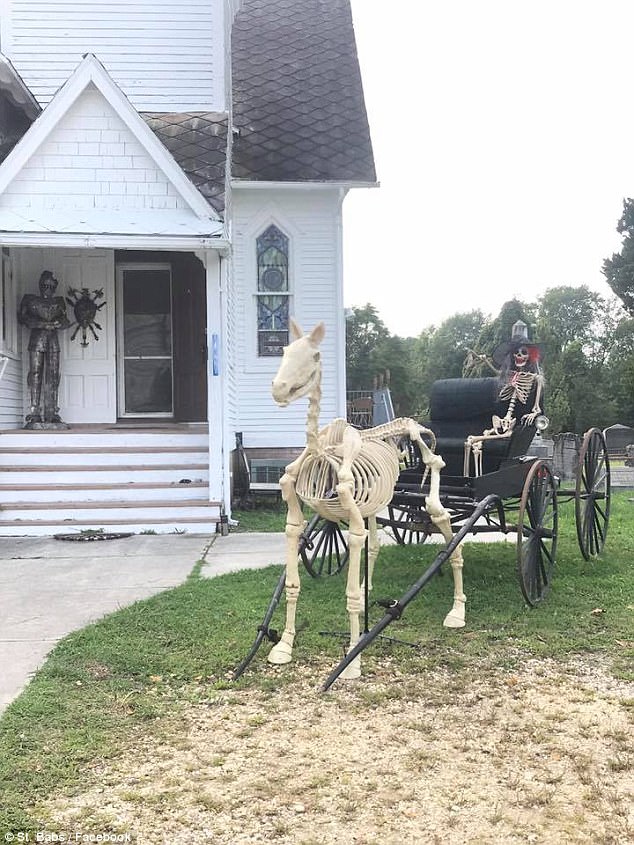 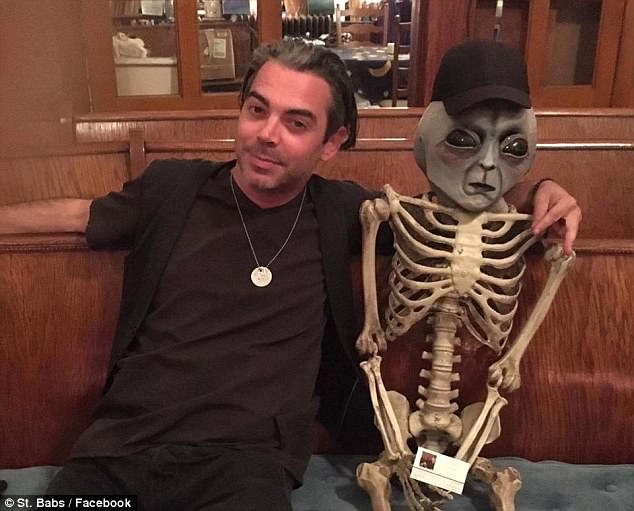 The seemingly flippant way Keenan treats the final resting grounds of loved ones in the tight-knit, 16,000-person community is controversial.

She said: ‘I go there because I’m upset and I want a few minutes with my dad.’

‘He was the problem solver in the family. … I don’t want to go there and see a horse carcass and a guy melting in acid.’

Spooky decorations are scattered all over the graveyard including skeletons, a flying saucer and fake hazardous waste. 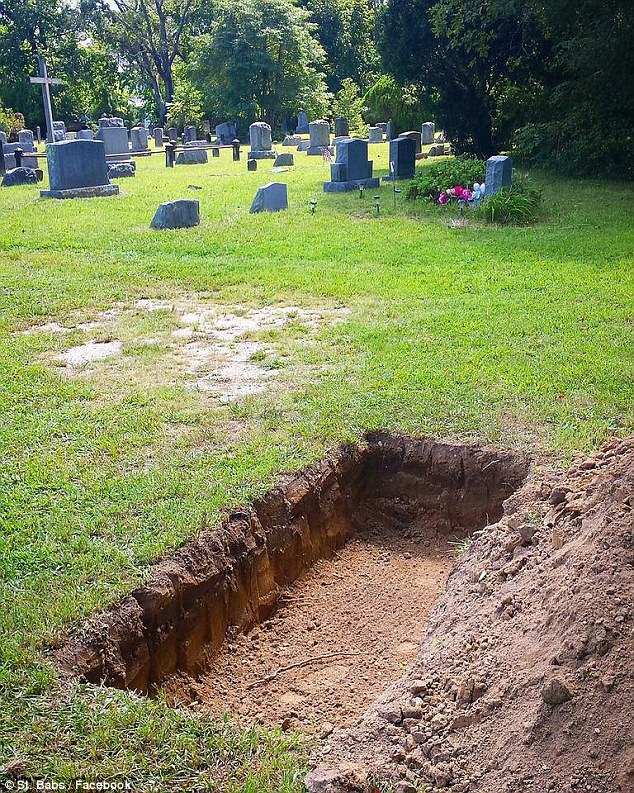 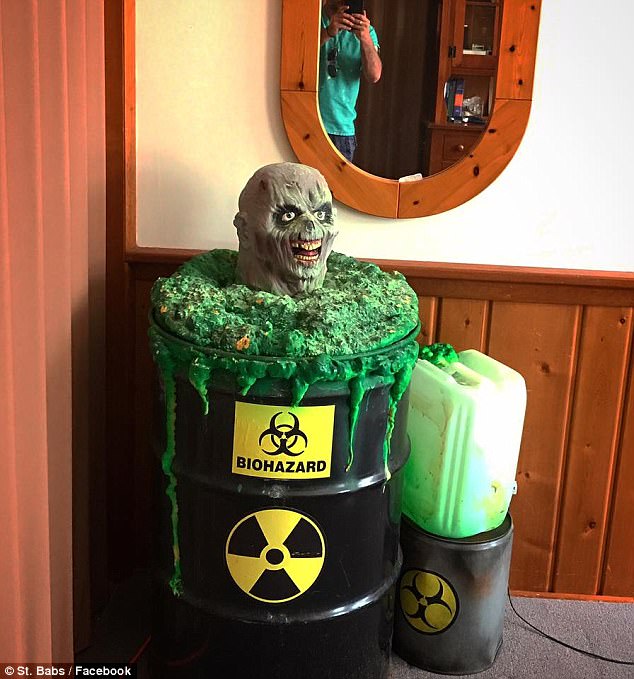 ‘I don’t want to go there and see a horse carcass and a guy melting in acid’: Melissa Klecz’s said the decorations near where her father is buried is distasteful 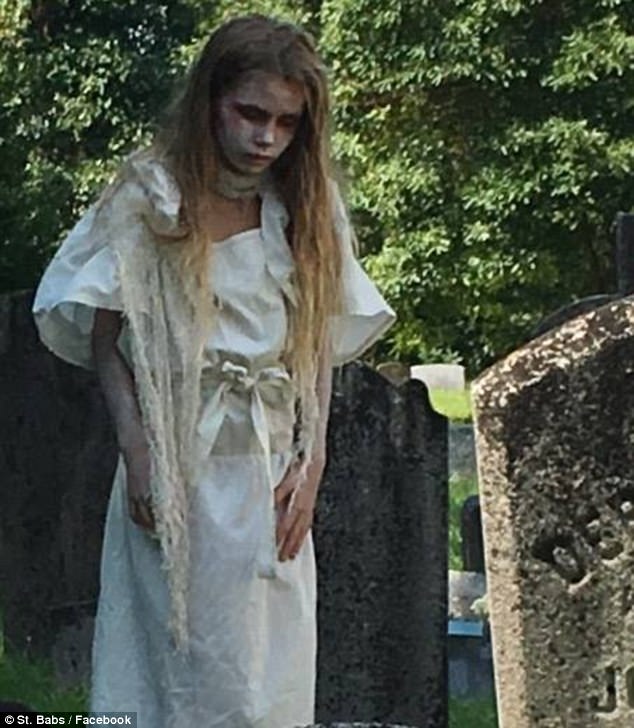 One person commented on Keenan’s promotional post for the event: ‘I was married in that church my grandparents are buried near the front. This is truly disrespectful.’

Another said: ‘Many of us have loved ones buried there and their resting place should be respected.’

He will also give visitors the option for a real ‘Buried Alive Experience’ which lets visitors sit in an empty grave plot for a few minutes.

Keenan said at a town hall meeting at the church to address the outrage people’s main concern was damage to the headstones, not disrespect. Pay-what-you want proceeds from ‘Tromeo’s Halloween Cemetery Scare’ will go towards cemetery restoration.

One person voiced on Facebook the church is better off in Keenan’s car: ‘Isn’t it better that this building and property is owned and being maintained versus sitting empty and neglected?’

The Halloween event will feature representations of historical figures from the community.