‘NO COLUSION!’ Trump slams Mueller’s Russia probe and claims it found no evidence

‘NO COLUSION!’ Trump slams Mueller’s Russia probe and claims that after $30MILLION and two years it has found no evidence of a conspiracy with the Kremlin

President Donald Trump has said that prosecutors found no evidence of campaign collusion with Russia despite a lengthy and costly investigation.

‘After two years and millions of pages of documents (and a cost of over $30 million) no collusion!’ Trump tweeted on Saturday morning, one day after new court filings from special counsel Robert Mueller.

The court filings allege Trump’s former lawyer, Michael Cohen, was in touch as far back as 2015 with a Russian who offered ‘political synergy’ with the Trump election campaign and proposed a meeting between the candidate and Russian President Vladimir Putin 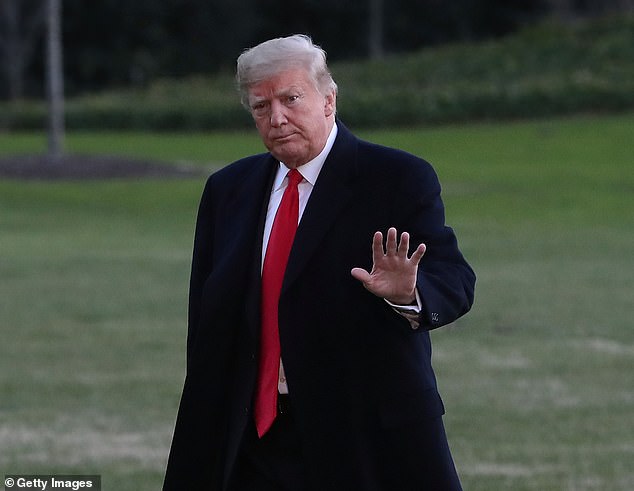 Mueller and prosecutors in New York suggested the Kremlin aimed early on to influence Trump and his campaign by playing to both his political aspirations and his personal business interests.

The filings, in cases involving Cohen and former campaign chairman Paul Manafort , capped a dramatic week of revelations in Mueller’s probe into possible coordination between the Trump campaign and the Kremlin.

They bring the legal peril from multiple investigations closer than ever to Trump, tying him to an illegal hush money payment scheme and contradicting his claims that he had nothing to do with Russia.