‘No proof’ that the odd glass of wine harms your baby

There is little evidence having the occasional drink while pregnant does any harm to a baby, a review has concluded.

It said: ‘Drinking in pregnancy can lead to long-term harm to the baby, with the more you drink, the greater the risk.’

There is little evidence having the occasional drink while pregnant does any harm to a baby, a review has concluded (file photo)

But critics have warned this advice is unduly worrying to women, especially those who drink before they discover they are pregnant. 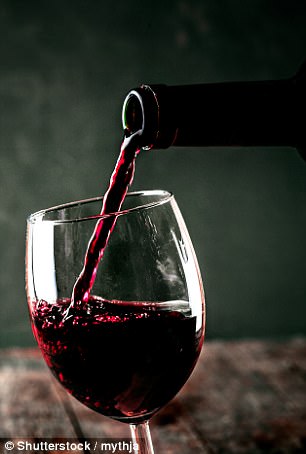 Researchers examined 26 previous studies on the effects of light drinking, defined as up to four units a week, or about two glasses of wine, compared with no alcohol, during pregnancy.

The study, published in the journal BMJ Open, found an 8 per cent higher risk of smaller babies among women who drank four units a week – insufficient for a ‘robust conclusion’.

The researchers stressed this does not mean alcohol is safe – and they recommended pregnant women abstain in case.

But David Spiegelhalter, professor for the public understanding of risk at the University of Cambridge, said: ‘A precautionary approach is still reasonable, but with luck this should dispel any guilt and anxiety felt by women who have an occasional glass of wine while pregnant.’

A Department of Health spokesman said: ‘It is important to remember the purpose of these guidelines – they are low-risk guidelines.

‘As the evidence is uncertain, the lowest risk approach is to avoid alcohol.’