The daughter of Oasis frontman Noel, 22, was in a relationship with the farmer for three years after they got together two days before Christmas in 2019.

But a source has revealed they have ‘ended their relationship’ and she is moving back up to London, after splitting her time between the city and his family farm in Dorset.

Split: Noel Gallagher’s daughter Anais has reportedly split from her long-term boyfriend Julius Roberts (pictured together on his farm)

The insider told The Sun: ‘Anais and Julius have ended their relationship. It was a shock for those who knew them as they appeared to be so happy.’

They added: ‘It’s a rubbish time of year for a break- up but Anais is a gorgeous, talented young woman, it won’t be long until someone else manages to steal her heart.’

The couple first revealed their romance in July 2020 and Anais often took to Instagram to share picturesque snaps from her visits to his small farm in southwest England. 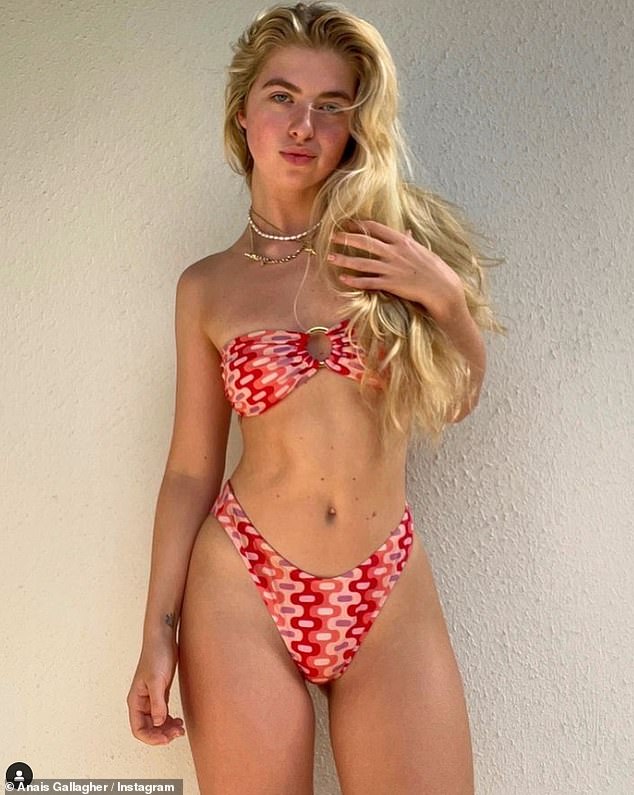 Beauty: The 22-year-old daughter of Oasis frontman Noel was with the farmer for three years after they got together two days before Christmas in 2019

During lockdown in 2020, Anais told Tatler how she spent several months looking after pregnant goats, feeding kids and hatching chicks after spending time in Dorset with Insta-famous farmer Julius.

Speaking to the magazine, she said she had only intended to stay for a couple of nights when lockdown hit and the couple, who met on a dating app shortly before Christmas, decided to spend the next few uncertain months together in the country.

‘I came to see Julius for the weekend, then stayed as everything kicked off,’ she explained. ‘I naïvely thought this was going to blow over in two weeks.

‘And we were busy. We were looking after the pregnant goats, then the newborn kids. We were hatching chicks, as well.’ 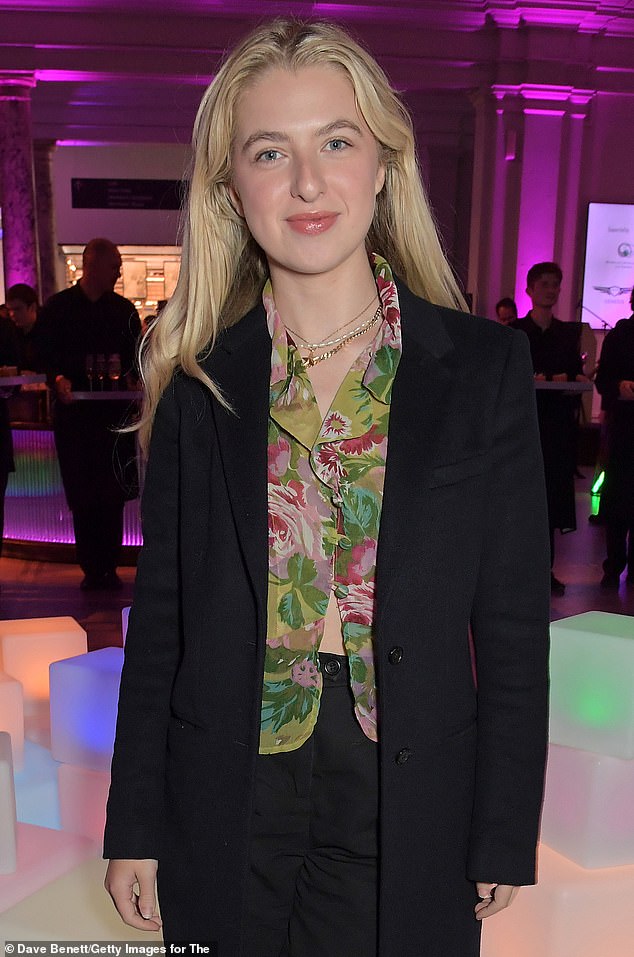 Split: A source has revealed they have ‘ended their relationship’ and she is moving back up to London, after splitting her time between the city and his family farm in Dorset

Anais, who is the daughter of Noel and his first wife Meg Matthews, delighted fans with photos of their low-key lockdown, with walks in the rugged countryside and feeding goats featuring on both accounts.

Away from the farm, the couple also found time to indulge their shared hobbies.

Anaïs continued: ‘We’re big readers, we watch films, walk the dogs, and we love the awards season, so we try to watch everything that’s being nominated. As I’m studying photography, I’m massively into cinematography and film.’

In November, Anais also spoke about how she and Julius bonded over their advocacy for animal welfare as she promoted the Paws For Thought campaign.

‘Julius does a lot of advocating on animal welfare himself, it is something that we really connect on and we both have a huge love of animals and that is a massive mutual interest between us,’ she told MailOnline.

Speaking about her visits to Dorset, she added: ‘I feel really lucky that I get the best of both worlds, I love living in London. I love living in a city that has so much on its doorstep, whether it’s going to the theatre or an art gallery or a museum.

‘I’m somebody who loves learning so that’s definitely something I couldn’t live without. But I feel really lucky I get to go and visit my boyfriend’s small holding and be in nature too.’ 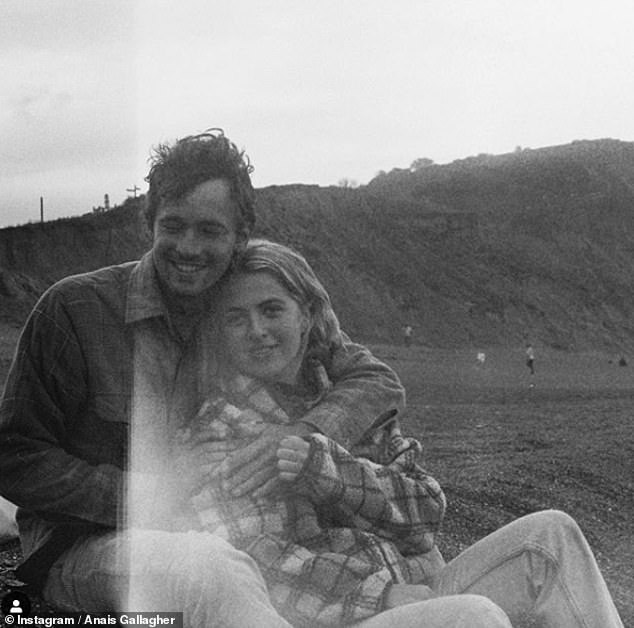 Julius, known by the handle telltalefood on Instagram, made a name for himself on social media thanks to his cooking and farming content.

While he met her mother Meg Matthews, 54, Anais previously said that he was yet to meet Noel because of his hectic schedule.

Touching on her famous father, Anais said: ‘He [Noel] is just so busy. He’s not your normal dad.

‘Even during lockdown he was working: writing, recording and whatever. He doesn’t constantly ask where I am or who I’m with.’ 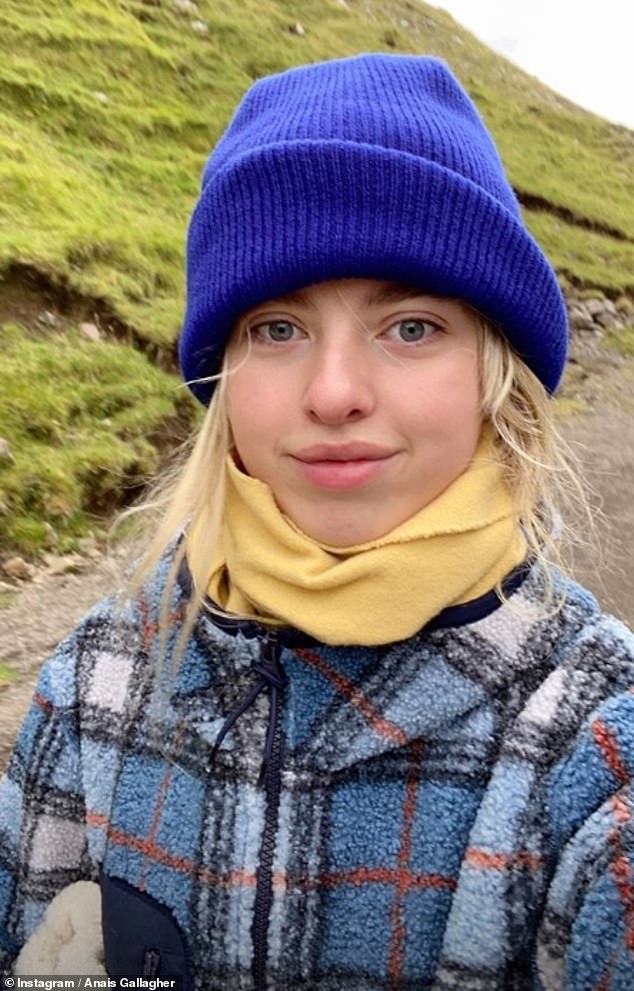 Wrapping up: On Sunday, Anais also took to social media in the midst of her relaxing country walk, though she appeared to be struggling with the chilly weather