A workman has been jailed for three and a half years for causing the ‘wholly preventable’ death of a grandmother who was crushed to death by a faulty gate he had installed.

Robert Churchyard failed to fit a stopping device on to the 40-stone iron gate in Blofield Heath, Norfolk, before it toppled on to Jill Lunn as she tried to move it.

She had tried to close the gate using a remote control but it did not work. She then pulled at it, causing it to fall from its tracks and land on top of her.

She had been returning with her granddaughter to the home she shared with her daughter Jayne Shannon and son-in-law Christopher when the tragedy occurred.

A jury found Churchyard guilty of manslaughter by gross negligence after he fitted the gate on behalf of Automated Garage Doors & Gates Ltd.

The 52-year-old was previously convicted of a health and safety breach at an earlier trial. 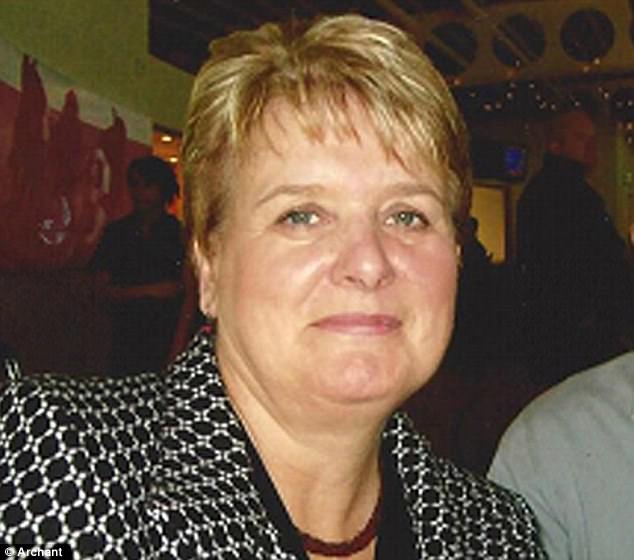 Jailing him at Norwich Crown Court on Monday, Judge Stephen Holt told him: ‘It is well known in the industry that there have been an number of fatalities involving gates and so it was highlighted that there was a necessity of safety.

‘You do not need to be trained for it to be blindingly obvious that if you do not put a stop on the gate, it is going to be extremely dangerous.’

Describing the tragedy, the judge added: ‘She has to resort to closing the gate manually – we saw her on the CCTV standing in the middle of the property pulling the gate shut, and that’s when the tragedy happened and the 380kg gate fell onto her.

‘The three year old in the car was clearly aware of the events but we don’t know what she saw.

‘Four generations of the family have been devastated. I would be failing in my public duty if I gave you anything other than a prison sentence.’

A post-mortem found Mrs Lunn died from ‘crushing to the chest’ and a heart attack. 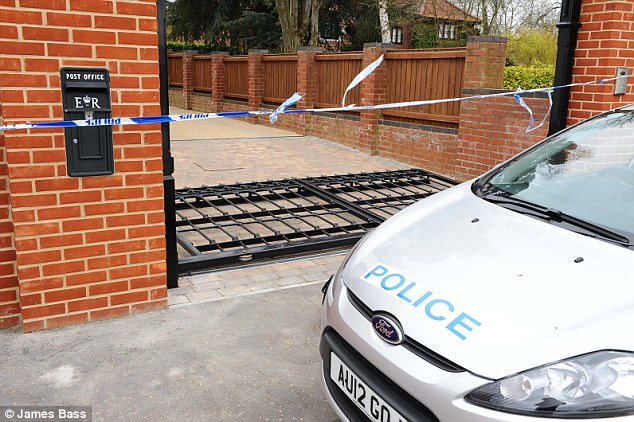 She said: ‘The sudden loss of our wonderful, beautiful, loving mother has taken it’s toll… She spent every moment she could with her granddaughter Ava.

‘Ava was in the car the night her nanna died, will never know the sights that she has seen. She frequently states that she does not understand why her nanna hasn’t come back.

‘I am haunted by images of my mum trapped – I feel cheated as I never got to see her face as I walked down the aisle. The void she has left will never be filled.’

The court heard how the £10,300 single automatic gate was fitted 23 days before Mrs Lunn’s death. 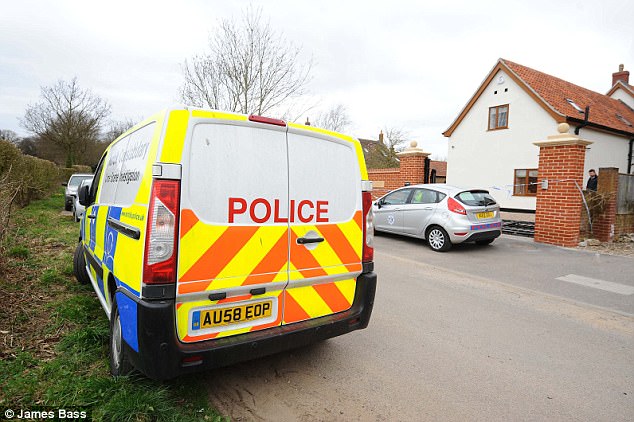 The tragedy happened at the family’s home in Blofield Heath, Norfolk in April last year

She had been shown how to operate the gate but on several occasions it had failed to work because the safety device slipped out of place, disabling the electric drive.

Churchyard also failed to leave an instruction book or operating manual for the gate with the family.

The investigation into Mrs Lunn’s death revealed that the company Mr Churchyard worked for had manufactured and installed the automated gate.

They failed to provide any safety mechanism to prevent the gate from falling and a simple ‘shoe’ stop, or bracket installed at the end of the track for the gate to slide into would have prevented this incident.

Automated Garage Doors & Gates Ltd, pleaded guilty at an earlier hearing to three charges under Regulation 7 of the Supply of Machinery (Safety) Regulations 2008 and was fined £12,000.