Norman Swan is named to the Order of Australia

ABC health guru Norman Swan will receive one of Australia’s highest honours for his commentary on the coronavirus pandemic.

Dr Swan will be made a member of the Order of Australia as part of the Australia Day honours list on Thursday, along with 735 others including actor David Wenham.

The Scottish-born doctor will receive the high honour ‘for significant service to the broadcast media as a science and health commentator’.

Joining the order will allow him to use the suffix ‘AM’ after his name. It is the second tier of the Order of Australia after the OAM.

He will also appear on a newly created Covid-19 Honour Roll that includes 77 Australians recognised for their contribution in support of Australia’s response to the pandemic.

Dr Swan has not treated patients since he joined the ABC in 1982, but continues to hold a licence because his media work counts as medical practice.

The Order of Australia membership will be awarded solely on the basis of his media commentating.

‘As someone who chose to become Australian and love this country, it’s an amazing honour,’ he told Daily Mail Australia.

Six Australians will be named companions of the order, the most senior existing tier, along with 47 officers, 177 members, and 506 receiving an OAM.

There will also be 30 recipients of awards in the military division of the Order of Australia, 217 meritorious awards, and 64 distinguished and conspicuous awards. 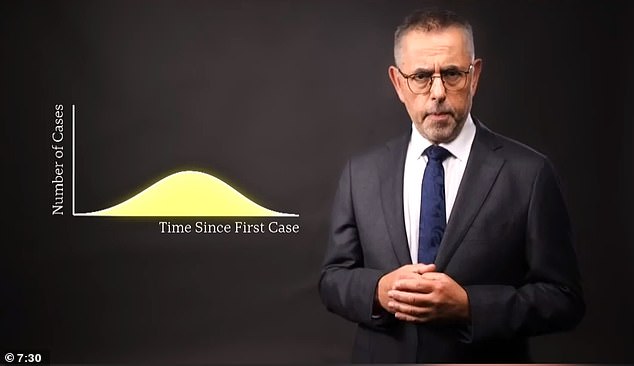 Dr Swan became a household name during the coronavirus pandemic, where he was one of Australia’s most prominent experts 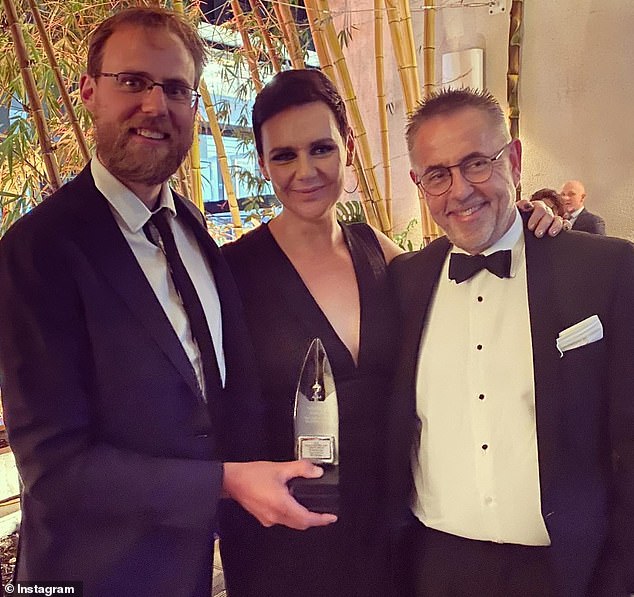 Dr Swan won many awards and accolades for his work at the ABC over the past four decades, including a Gold Walkley fin 1988 or exposing fraudulent research

What is the Order of Australia?

It is a modern version of centuries-old British chivalric orders and recognises exceptional achievement and service.

There are four levels of membership, including knight/dame, which has been discontinued. The others are companion, officer, and member.

Australians can also be awarded an Order of Australia Medal for ‘service worthy of particular recognition’.

Governor-General David Hurley said the recipients had a significant impact at the local, national and international level and are ‘quite simply, inspiring’.

‘They go above and beyond, are from all over the country, and contribute every day in every way imaginable. These are the people who see us through good times and bad. They’re the first to show up and the last to leave,’ he said.

‘They’re almost always humble to a fault but I urge recipients, for today, to put aside that humility – it’s important they know how much they are valued.’

But he only became a household name during the coronavirus pandemic, where he was one of Australia’s most prominent experts.

From early on he advocated a strong public health response to the virus and was supportive of lockdowns, masks, and business closures.

Critics called him a Covid doomsayer who peddled worst case scenarios and made frightening predictions that proved to be well off the mark.

His credibility came under fire in November when he suggested the fatal heart attacks of cricket legend Shane Warne and Labor senator Kimberley Kitching, both 52, were likely Covid-related.

Dr Swan told Daily Mail Australia at the time it was ‘too much of a coincidence’ they both died after recent Covid infections, but was forced to apologise when Senator Kitching’s furious family told him she never contracted the virus.

Senator Kitching was instead suffering from hyperthyroidism in the months before she died, although her symptoms were improving.

The ABC admitted his remarks breached its editorial standards and cautioned him during discussions with the broadcaster’s management.

He graduated from the University Aberdeen’s medical school in 1976 and a Diploma in Child Health from the Royal Colleges of Physicians and Surgeons in London.

Medicine was not his first love as he dreamed of being an actor as a boy but he Jewish mother didn’t approve. 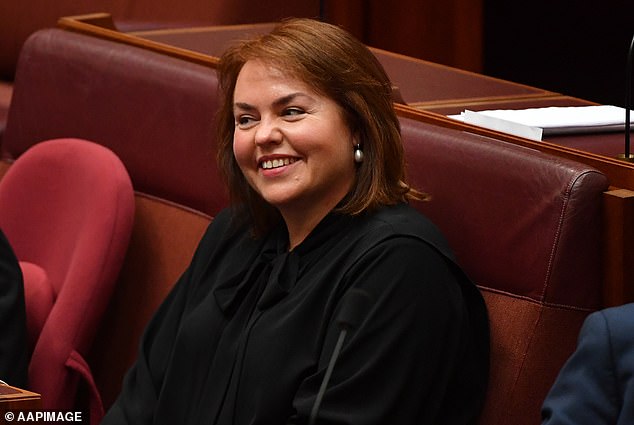 Dr Swan came under fire in November for suggesting the fatal heart attacks of cricket legend Shane Warne and Senator Kimberley Kitching could be Covid-related, when Senator Kitching (pictured) never had Covid

Was Norman Swan too sensationalist in his reporting of Covid for the ABC?

After graduating medical school, he applied to the Royal Academy of Dramatic Art but his audition ’embarrassing and amateurish because I forgot my lines’.

Instead he specialised in paediatrics, and in a quarter-life crisis moved to Australia and worked at Royal Alexandra Hospital for Children in Sydney while writing medical articles on the side.

Then in 1982 he saw an ad for a job working on medical programs a the ABC and applied. His days treating patients were numbered.

Dr Swan started The Health Report on ABC Radio in 1985 and has run it ever since, alongside the more recent Coronacast during the pandemic.

He won his Gold Walkley for an investigation that exposed fraudulent research by gynaecologist William McBride, leading to this disgraced doctor being banned from practicing. 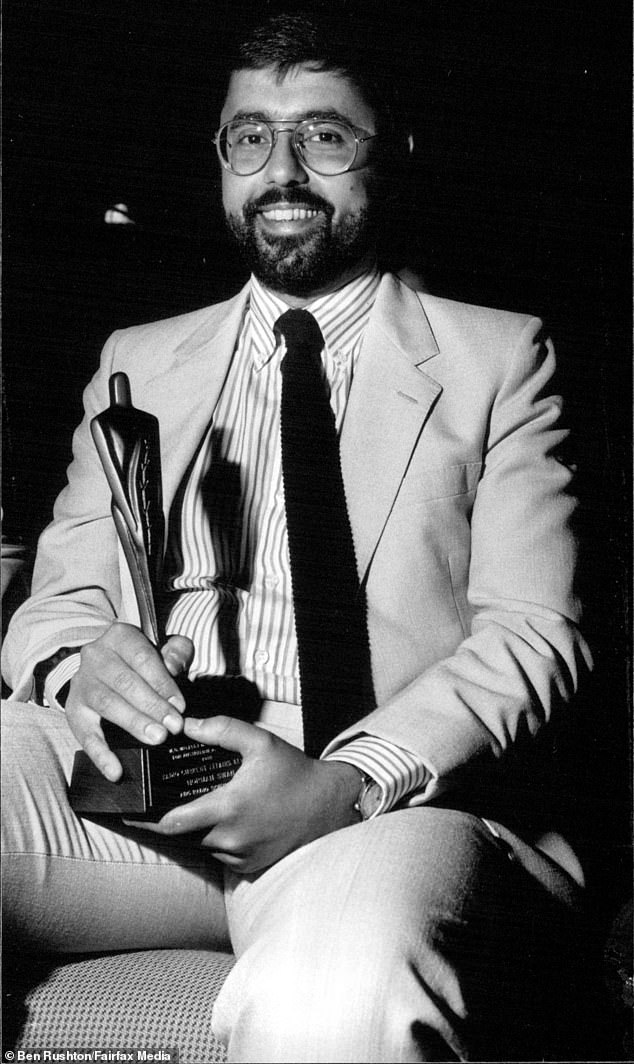 Dr Swan won a Gold Walkley in 1988 for an investigation that exposed fraudulent research by gynaecologist William McBride, leading to this disgraced doctor being banned from practicing 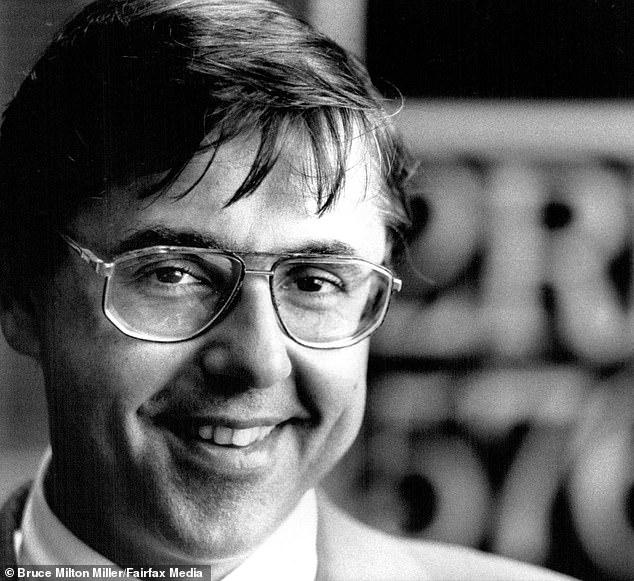 Then in 1990 he took over running ABC Radio National for three years, boosting its audience by 30 per cent and hiring many future stars

Then in 1990 he took over running ABC Radio National for three years, boosting its audience by 30 per cent and hiring many future stars.

Since then he hosted science TV shows Catalyst and Quantum and regularly appeared on various other ABC programs.

Dr Swan was also the primary health expert on The Biggest Loser for six years, alongside trainers Michelle Bridges and Steve ‘Commando’ Willis.

He traded on his popularity, or notoriety depending on your assessment of his Covid coverage, to publish two books: So You Think You Know What’s Good For You in 2021, and So You Want To Live Longer in 2022.

Notable people to be honoured on Australia Day

Archie Roach (posthumous), Companion of the Order of Australia ‘for eminent service to the performing arts as a songwriter and musician, to indigenous rights and reconciliation, and through support for emerging First Nations artists’.

Pru Goward, politician, Officer of the Order of Australia (AO) ‘for distinguished service to the people and Parliament of NSW, and to women’s affairs’.

Phillip Noyce, AO ‘for distinguished service to the arts as a film and television director, producer, and screenwriter’.

Jean Kittson, Member of the Order of Australia (AM) ‘for significant service to the arts as a performer, writer and comedian’.

Bess Nungarrayi Price, activist, politician and mother of Senator Jacinta Price, AM ‘for significant service to the Parliament of the Northern Territory, and to the Indigenous community’.

David Wenham, AM ‘for significant service to the performing arts as an actor and producer’.

Nicola Cerrone, Order of Australia Medal ‘for service to the jewellery industry, and to the community’.

Claudia Karvan, actress and songwriter, OAM ‘for service to the film and television industry’.